"We’d like to be able to represent ourselves because oftentimes our voice is lost." 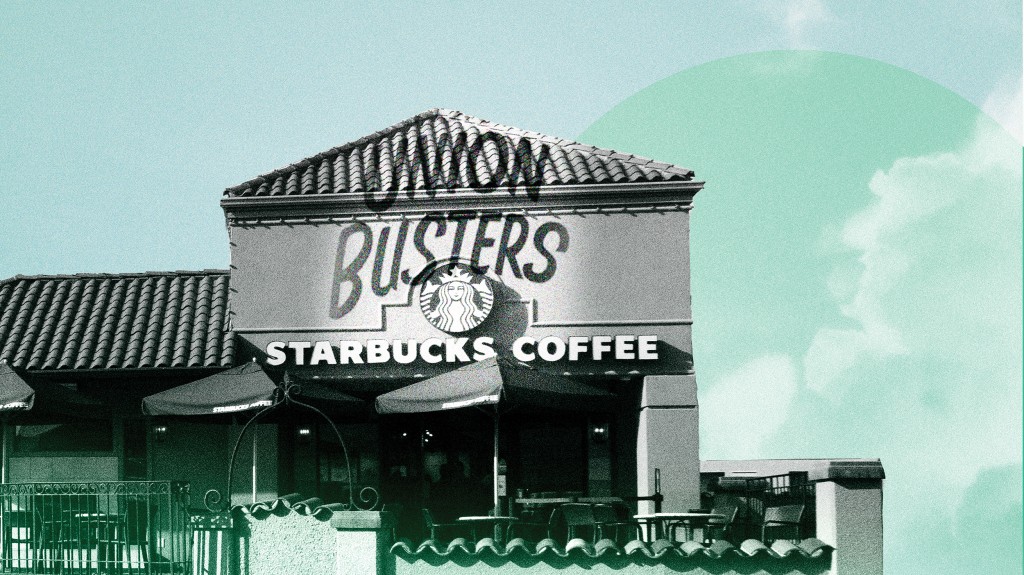 Employees at a Lawrence Starbucks (​​1731 W. 23rd St, Lawrence, KS) announced today that they are forming a union with Workers United, joining a movement that includes stores in Kansas City, Overland Park, and Independence. The workers will file for a National Labor Relations Board election later today.

In their letter to Howard Shultz, two-time and current interim CEO of Starbucks, the Lawrence workers discussed the need for unionization to truly make the employees “partners” (as Starbucks refers to them).

“We realize now that this partnership can only truly be possible through collective bargaining guaranteeing us a living wage, safer working conditions, stability of employment, and a say in our place of work,” the employees wrote in the letter. “You’ve left us with no choice but to come together—to rebalance the scales of this relationship. Unionizing will make this title a reality: we are ‘Partners’ truly becoming Partners.”

The letter, signed by the majority of employees at the Lawrence store, makes clear that workers see unionization as the only option to make Starbucks live up to its mission statement “to inspire and nurture the human spirit.”

“If Starbucks believes in supporting the rights of its partners, it must recognize that it’s not up to corporate to decide whether unions are necessary, but rather up to us, the Starbucks partners,” the workers say in the letter to Shultz.

Korbin Hogan, a worker at the Lawrence Starbucks, says that unionization has been necessary for a long time.

“We’ve been receiving a lot more kicks from corporate. It just feels like there’s a lot more happening and is expected of us, and we are not really being compensated or represented fairly,” Hogan says.

Renée Rooks, an employee at the Lawrence location, said that she and her fellow workers were inspired by the rising trend of unionizations across the country and in the Kansas City area. Rooks believes that unionization is necessary to protect the employees from the negative working conditions that exist at the company.

“I will say Starbucks does have better working conditions than both jobs that I’ve had before this. But at the same time, it is by far the most strenuous job that I’ve ever had,” Rooks says. “[Unionization] creates a humanization of all the entry-level employees to actually have a voice.”

Starbucks currently offers an hourly rate of at least $12 and plans to increase its minimum wage to $15 an hour by this summer. But Rooks says that workers need more pay to live and thrive, especially when the demands placed on Starbucks baristas continue to increase as well. A union will help secure these necessities for the workers and ensure that these changes last longer than the whims of company higher-ups.

“I feel like [unionizing] would just change the dynamic in the sense that it would help with our sense of security because we are struggling out here,” says Rooks. “It would help us not have to worry about debt, or whether we could be able to afford food, or even rent. This could really help me, who is struggling, as well as other employees in the store who might be struggling.”

Both Rooks and Hogan expect a positive reaction from the Lawrence community and hope that those in and around LFK understand that unionizing will help strengthen their community as well as their place of work.

Already, the workers are receiving support from other Starbucks workers in the region who are also unionizing.

“While every store might have their own set of issues that are unique, we are all feeling the same pain from corporate: working through COVID-19, unsafe working conditions, and more,” Hope Gregg, a barista and union supporter at the Overland Park Starbucks, says. “We stand with Lawrence in solidarity today and want to tell them they aren’t alone and that more stores will step out into the public as time goes on. Union strong!”

Ultimately, Hogan hopes people realize that unionization is the only way to give power to the workers who are the face of Starbucks. Those who make your morning latte know more about the needs of the store than corporate.

“At its core, we want to be able to have a say in what’s happening at the store. We’d like to be able to represent ourselves because I think, oftentimes, our voice is lost,” Hogan says.