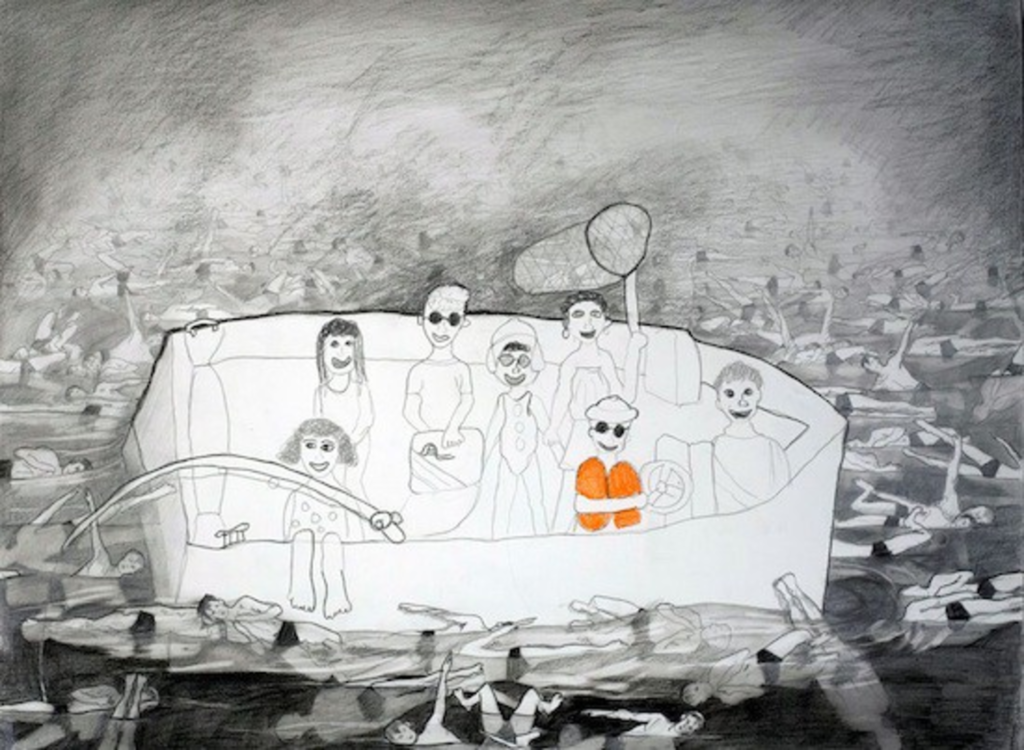 This week, Lawrence’s Whatever Forever music collective will release their first compilation, Family Vacation, on cassette and Bandcamp. The compilation has been steadily growing since the first few tracks were put online back in March, which is where it was initially intended to stay.

“We didn’t originally plan on releasing a physical copy of this,” says Whatever Forever’s Bobby Sauder, “But over time decided we should because many people were asking about it.”

Family Vacation is surprisingly not nearly as crazy as one would expect from a label whose first release was from Agent X-12, “a cyborg lost 20 years in the future on a random world.” The majority of the songs on the cassette are acoustic singer-songwriter material, showcasing voices and songwriting, rather than studio trickery and effects pedal-assisted flights of fancy.

Most of the artists were recorded by Rolf Petermann at Whatever Forever Studios, located in the East Lawrence SeedCo Warehouse. SeedCo, being located in a massive former warehouse, would make one think that the acoustic qualities inherent on this cassette would be pretty low, but it’s actually the tracks recorded elsewhere – Danielle Rae Comstock’s “Sing to Me,” most notably – that stand out as sonically lacking.

“We’re so proud of this compilation and we’re really super stoked on what the future may bring. We have plans for many upcoming releases in 2014 and this comp is a way to have a strong ending to 2013,” Sauder says.

Several of those artists with cassettes due out next year – such as Sauder’s own Karma Vision and CS Luxem – are featured on Family Vacation, along with such exclusives as Your Mom’s Best Friend, which is a wonderfully-harmonized pairing of Taryn Manning and Katlyn Conroy, also known as Your Friend and La Guerre, respectively.

While the early majority of the recordings on Family Vacation are acoustic numbers, it’s when the the album kicks into its final four tracks that things get more interesting, as it’s not until these last few tracks that the material features anything other than acoustic instruments and a drum kit. Frances with Wolves’ “The Greys” makes masterful use of an organ, and despite being rather simple and quiet, the sheer heft of the amplification makes it stand out, especially in counterpoint to the quiet strength of Your Friend’s opening “Jekyll Hyde.”

Family Vacation is available in unlimited numbers via the Whatever Forever Bandcamp page, but will be limited to 100 cassettes, available through the Whatever Ever website and Love Garden Sounds in Lawrence.

Love Garden will also play host the first of two Family Vacation release shows on Friday, November 30, with Beaded Hall, the Ovaries-eez, and one other solo artist to be determined. That show will be all acoustic, with an electric show at the Eighth Street Taproom on Thursday, December 12, featuring Your Friend, CS Luxem, and the Ovaries-eez.