What you should know about Almost Andy Reid, the impersonator who found himself in a Scientology rap video

How to react when the world springs a horrifying surprise on you. 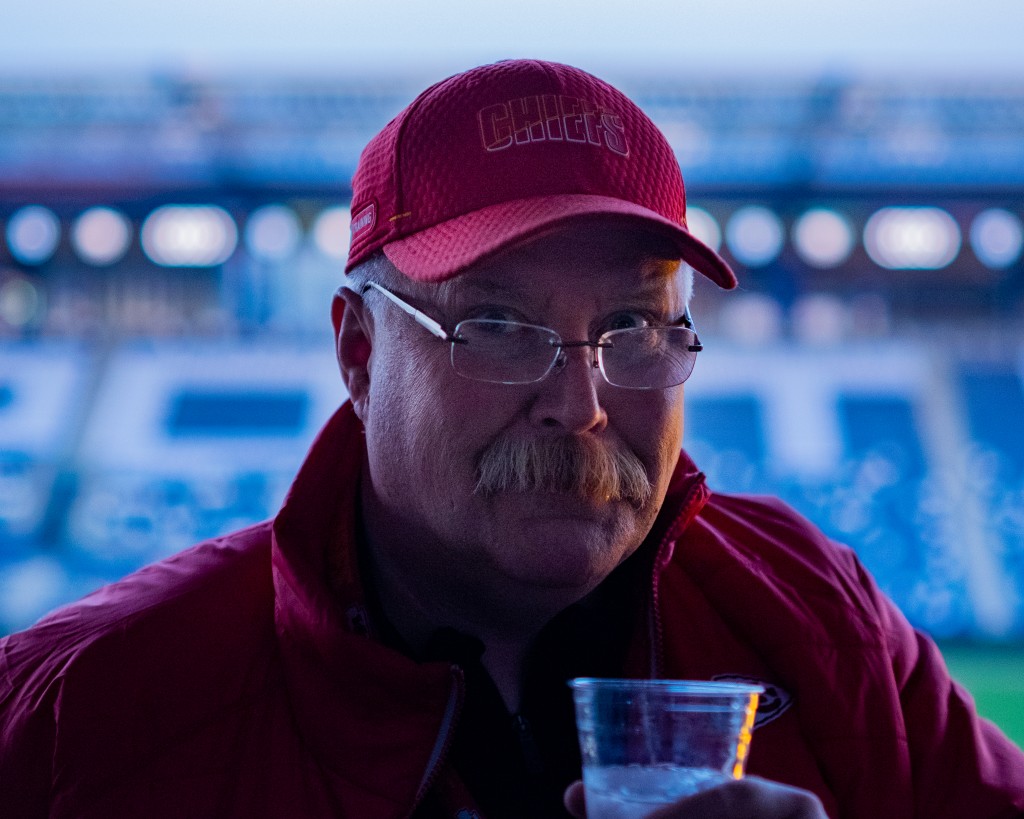 Matt Black has gained a substantial following as Chiefs coach impersonator Almost Andy Reid, but he never intended to use that to promote Scientology. // Photo by Colin Gibson

When Matt Black was approached by people filming a music video outside of Arrowhead Stadium and asked if he was Chiefs coach Andy Reid, he smirked and said, “Almost.”

That’s what he always says when he’s stopped by fans. Ever since he won a costume contest in 2018 by dressing up as the football coach, he’s been stopped for many a picture during his time as his impersonator persona. He went on to win an Andy Reid lookalike contest in 2019 and before he knew it, he was Almost Andy Reid.

He’s learned a lot during his time as Almost Andy Reid- including the fact that you can gain a lot more TikTok followers “if you dance a little bit”. And the most important part of staying in character? Maintaining the notorious mustache. A big part of being Almost Andy Reid is trimming and taking care of it every couple of days, he says, because it’s the identifying feature he has.

To be clear, you should absolutely take five minutes out of your workday and plow through a bunch of these TikToks, if you haven’t already.

“It’s something I really enjoy doing,” Black says. “I just do it because I’m a huge Chiefs fan, I’m what they call a super fan. And I just happen to look like Andy Reid.”

When he’s not interacting with incredulous Chiefs fans, he’s using his platform to promote local businesses and charities through the substantial following he’s gained from the community. His coincidental ability to look exactly like Andy Reid makes for a lot of fun, but he says he also takes his following seriously and tries to use it to create something positive wherever he can.

Being involved in a Scientology-related music video wasn’t a part of that. Black says he was shocked to find out yesterday that he’d been featured in something that promotes Scientology, and that he was given no context at all about why he’d been approached at the time. While he thinks it’s something he’ll be able to look back on and laugh about someday, Scientology is never something he’d knowingly support. Especially as Almost Andy Reid.

“When I’m dressed as Andy, the last thing I ever want to do—and I’m really careful about this—is embarrass the Chiefs organization,” Black says. “I’m always very careful what I say and how I talk to people. In fact, I’m of the same religion as Andy. So Scientology is not something that I would ever be interested in or hope to point anybody in that direction.”

When he’s not dressed as Reid, Black is a professional opera singer for Kansas City’s Lyric Opera. He has a degree from UMKC in vocal performance and he spends his time singing, traveling, working, and being with family. He hasn’t met the real Reid yet, and he says he wants to do that on the coach’s own time when he’s not busy working toward a Super Bowl win. For now, he’s happy to keep creating positivity among Chiefs fans and the community, whether that’s dancing on TikTok or promoting the causes he supports.

“That’s what I’m all about,” Black says. “We have enough bad things going on in this world. We need some more happy things, that’s for sure.”