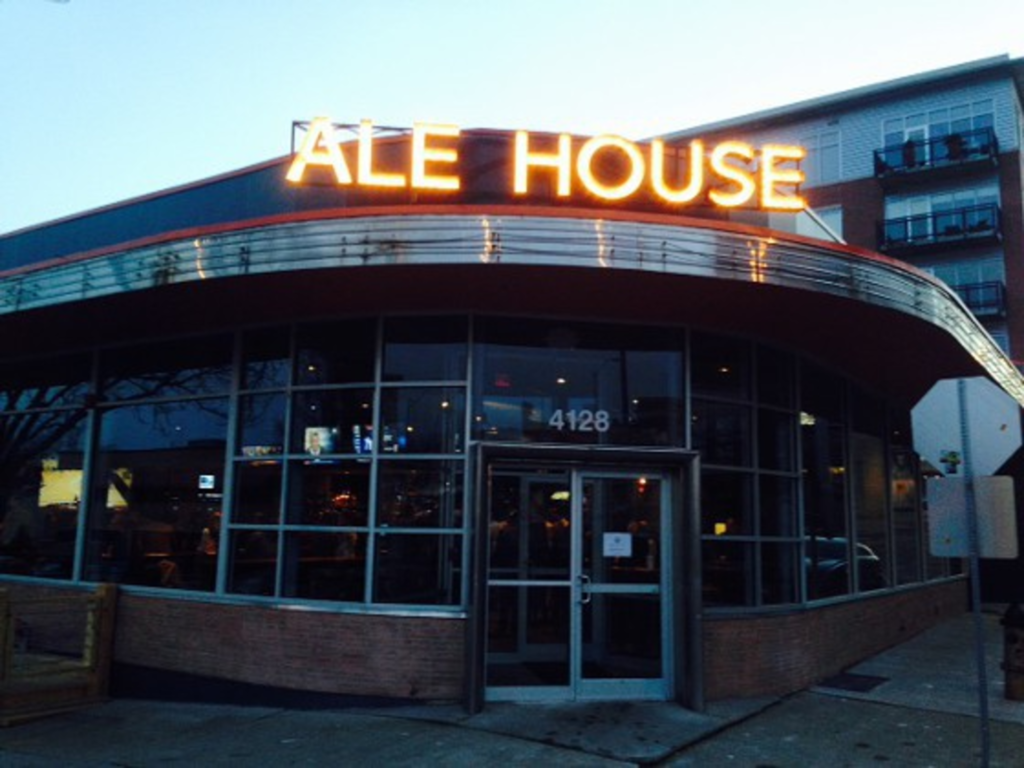 We feel a special affinity here at The Pitch for the building at 4128 Broadway. In 1980, when its tenant was a record store called PennyLane Records, a group of music geeks gathered together in the basement and launched a local rag called the Penny Pitch; over the next 30-odd years, that publication morphed into the one you’re currently reading. We’re downtown now, but in many ways our soul still resides in Westport.

For the better part of the last year, restaurateurs Bret Springs and Zach Marten (the pair behind pizza-wine bar Coal Vines, on the Plaza) have busied themselves with transforming that old record store (most recently Streetside Records) into a restaurant and bar – a “sports lounge, for lack of a better description,” Springs says. “A sports bar with an elevated atmosphere.” Come happy hour this evening, Westport Ale House will open its doors to the public.

I popped in last night for the soft opening. Springs is right: It’s basically a classy sports bar. There are nods to midcentury design – green and orange Mad Men-style couches and booth backs – alongside some exposed brick. Right around where the Pop/Rock section used to be, they’ve carved a massive island bar. The room looks much more open without all those old CD racks clogging things up.

There are about eight flat-screen TVs above the bar, plus several more above the community tables that line the east windows. There are also three huge projection screens on the south walls. With those, the 20 beers on tap (list below) and the food – I’ll let Ferruzza weigh in on that at a later date; I didn’t have time to sample any – it would appear to be an excellent place to catch a game.

“At Coal Vines, when KU plays, our sales go down about 20 percent,” Springs told me. “KC is a sports town. People are really dedicated to their teams, and they want to watch with friends at home or at a sports bar where they can really get comfortable and engage with the game. And we felt like Westport didn’t exactly have that – the type of sports bar where it’s almost an extension of your living room, where you can watch the games and get damn good food.”

Of the beer selection, Springs says, “We’re only serving American craft beers, but we’re not trying to be the place where you go to try obscure, brand-new beers. These are more the kind of taps that most people who are into craft beer are already pretty familiar with.”