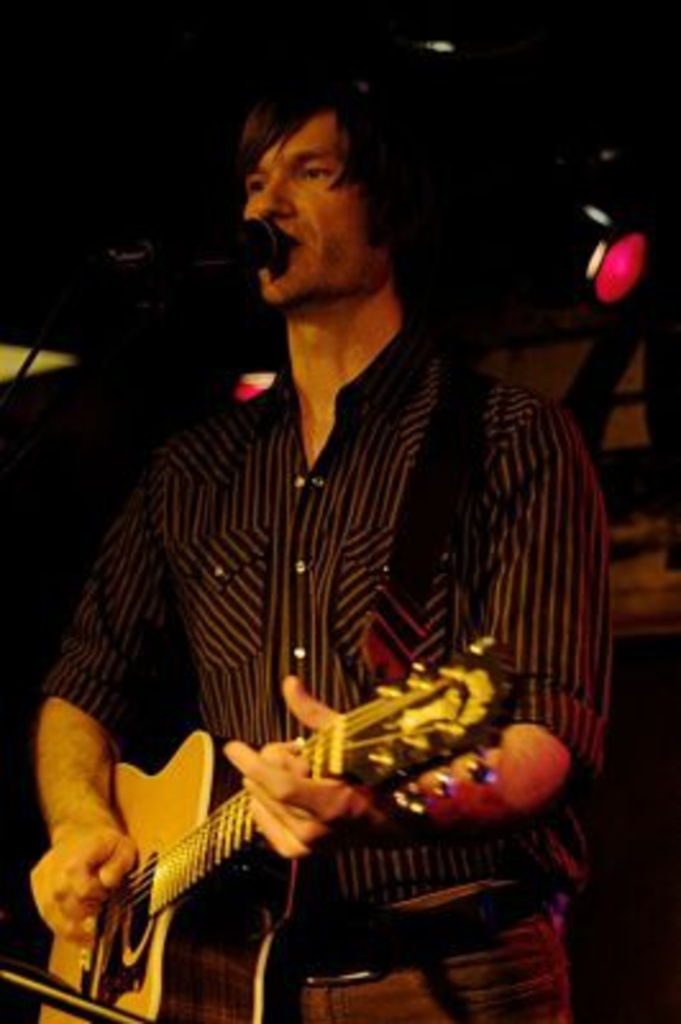 There are very, very few local bands that give me goosebumps the way

Terrence Moore, the soft-spoken AmCat guitarist, backup singer and harmonica and banjo player, is also starting to pick up more solo gigs. I caught up with Moore, who is also a manager at the Apple Store on the Plaza, in front of YJ’s in the Crossroads. We discussed technology, urban revitalization and Moore’s solo goals.

The Pitch: Where are you from?

Terrence Moore: I grew up in Rolla, Missouri. It’s a few hundred miles from here in south central Missouri.

How did you end up in Kansas City?

I’ve lived all over Missouri. I graduated from high school and then went on to a year of college in St. Louis, I transferred after that to Mizzou. I went to school for five years there. I didn’t finish my degree in chemical engineering. I packed up to move to Lawrence, Kansas, with a band called the Blackwater at the time. I lived there for six years, and then I moved to Kansas City. It sucked both Shaun [Hamontree, AmCat frontman] and myself in.