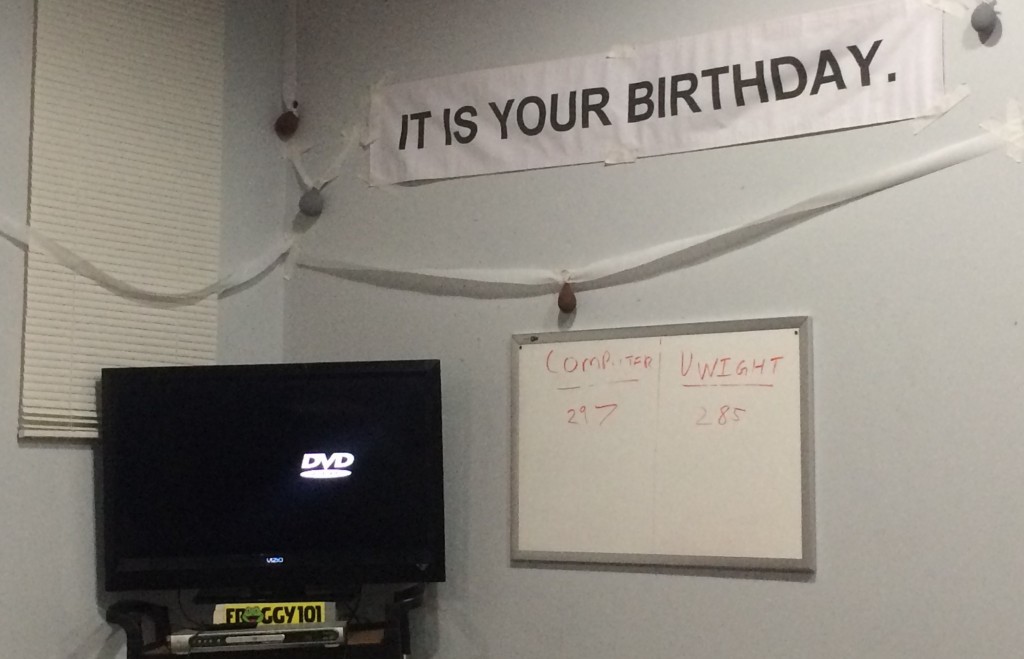 Interview me in the mockumentary stylings of The Office and ask me to recall my first time at the newest Vignettes offering—“Assistant to the Regional Pop-Up Bar.” I’d start by noting that finding a place to sit was a bit jarring.

I knew what was coming and was still a bit surprised by the warm, molten wave of uneasiness I felt taking it all in at once. The scene embodied the dry awkwardness of the show in a novel way—both dense and fulfilling for super fans yet still accessible enough for the more casual audience

When my eyes finally settled on the menu, it was abundantly clear that the team at Vignettes had a deep-seated appreciation for the source material as well as proud confidence in their proficiency as a rotating pop-up venue.

As you take your seat, you’ll see Delaney Rose, server and receptionist, behind a masterclass recreation of Pam’s desk—created by muralist Colleen King—as she twirls her finger around a phone cord that’s never actually plugged in. 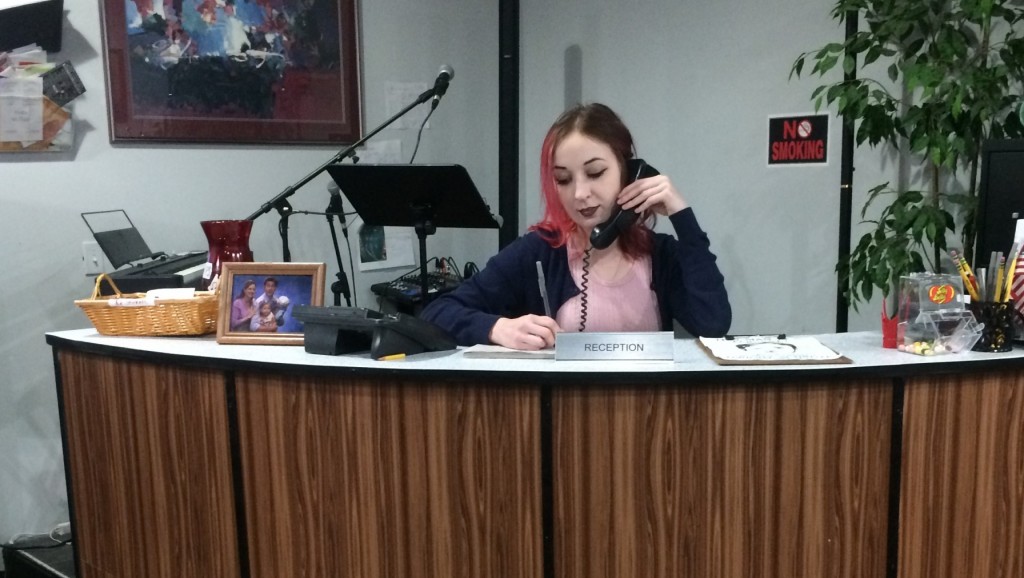 “Sometimes people will come in here and wait for me to get off the phone,” Rose says while grinning. “They don’t know it’s not plugged in until I tell them.”

Rose—who has personally watched The Office in its entirety at least seven times—infused her own passion into the project, which includes a replica of Jim and Dwight’s desks as a centerpiece.

“We tried to make it so you can walk around and look at everything, and like, the deeper you look, the more you might notice,” Rose says.

Even if one does find all the real life Easter eggs—both subtle and nuanced—there’s still the endless fun of staring at one of two TVs. The first loops endless reruns of the show itself while the second features the DVD loading screen gag from the memorable cold opening in the Season 4 episode, “Launch Party.” 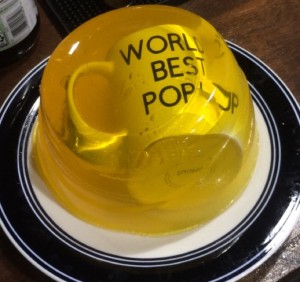 “This is my favorite part,” Vignettes owner Edward Schmalz says. “We used the actual recording from the show. Eventually, it will hit the corner. I have seen it, and I swear it does it. People will just sit here on a Saturday night and make it into a drinking game.”

I want to ease into things, so I first order a “Stanley’s Vacation”— a mix of dark rum, spiced rum, coconut rum, and splashes of cranberry and orange juice.

Only on a Scott Helling and Zach McKenzie menu would such an order be considered one of the lighter entries.

The duo came up with the inventive menu for the previous “Lord of the Drinks” Vignettes pop-up as well as the late February Harry Potter concept and have only become more confident and polished in their work.

“We sat down and started spitballing ideas for drinks, and we came up with like 20 in an hour,” Helling says.

I finished my experience by ordering a “Dwight, You Ignorant Slut,” which is a monstrosity of Jaegermeister and cranberry topped with a few beet slices. As a beet skeptic, I was impressed with how it came out. 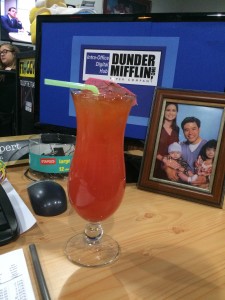 One of the headliner menu items is the “Damn It Jim”—a massive and potently crafted jello shot with a party favor mug inside.

“I think it really connects with people around, and that’s been really fun. We chose everything, including the pictures on the desks. We were very intentional about selecting ones that we knew would pop out as jokes from the show, but also to balance all of the references and atmosphere in a way where guests could have the positive nostalgia of being able to revisit Dunder Mifflin in a different way,” Schmalz says.

As was the case during the “Lord of the Drinks” run, the pop-up offers other immersive pop culture experiences including trivia nights on Wednesdays from 7-9 p.m. and live music performances on weekends.

The “Assistant to the Regional Pop-Up Bar” is set to run through March 5.