Update on the child detention center in Troost [We won.] 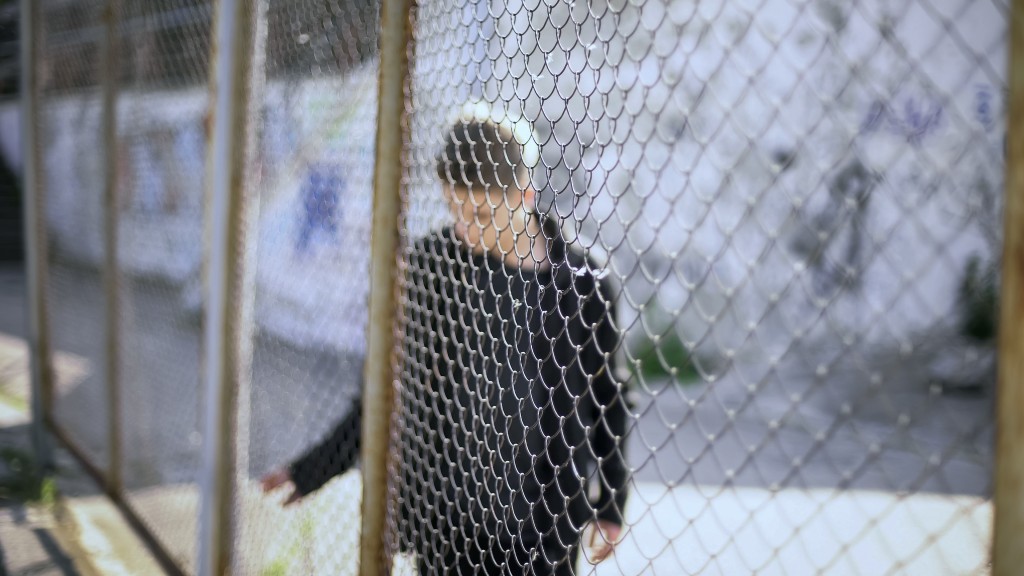 Update 5/12/20 at 2:15pm: An email sent out from the City Planning & Development Division has been making the rounds. It says the following regarding the VisionQuest development:

“Thank you for your email. The applicant has advised city staff that they wish to dismiss this request. This is synonymous with withdrawing the application, and as a result the case will not be heard at Tuesday’s City Plan Commission hearing or any subsequent hearing.”

You can take May 19th off your calendar. No one needs to show up now. We won.

Back in February, our own Emily Cox was breaking the news about a developer eyeing Troost to build a detention center. Specifically, this would be a center for holding immigrant children who were caught with their families while crossing the border illegally.

The associated local developer (BID Group) has been working with VisionQuest, a national company that has a history of building and managing essentially for-profit prisons for the holding of underage populations. Cox explored how the company has a history of detainees dying under its watch. As has so often been said about this administration and its extensions: “The cruelty is the point.”

Beyond the shock of imagining a child prison being built on Troost, Cox revealed that the process these developers were exploiting veiled backchannels. Essentially, the companies behind this applied for specialty permits. This meant that the creation of such a facility would never go before the actual city council, but rather through smaller panels. The specialty zoning permit, in particular, was only set to go before the City Plan Commission.

VisionQuest reports that the average internment of children in its program is 120 days. In 2019, they received $37.8 million in contracts with the federal government to shelter immigrant youth.

Since our coverage of this proposal, more than 7,000 Kansas Citians have signed a petition of opposition, put together by Advocates for Immigrant Rights and Reconciliation (AIRR) and The Action Network.

Starting in mid-March, specifically the morning of St. Patrick’s Day for some reason, the issue was supposed to be open for public debate at CPC’s meetings. A number of protesters showed up, and the CPC’s voting became a decision about when to reschedule the vote for. This wound up pushed until April, where city shutdown caused it to be pushed even further, to May 19th.

Late last week, a number of KC citizens and protesters reached out to let us know that it appeared the battle over the Troost detention center had been won. We were ecstatic to hear the news, but wanted to proceed cautiously and make sure to follow this up with more in-depth reporting. This was also on a Friday afternoon, and it turns out getting in touch with people right now (especially a private prison corporation) is something of a difficult process.

After a week of tracking the story, we’ve got what we consider to be the most accurate update of the current situation as we can put together. This evaluation of the process forward is based on interviews with numerous individuals who agreed to speak under the condition of anonymity, until after May 19th.

According to these sources, VisionQuest and its associated developers have been engaged in a scattershot approach to this whole process. Reports are that the detention group has applied for similar permits in cities across the country. The idea here looks to be locating the metros that offer the least resistance, and move forward with construction there. To observers, it appears that the pushback from Kansas City has resulted in what one interview referred to as “a surrender.”

The community came together and pushed back. It is possible that this was good enough to spook the Federally employed corporation into backing down.

Unfortunately, there remains one last opportunity for the Troost construction to sneak through.

On May 19th, VisionQuest and local developer BID Group appear on the docket for that day’s City Plan Commission. While two protesters we spoke to mentioned that representatives of the organization have missed previous meetings, and might once again be a no-show here, there remains the frustrating possibility that they might come in at the last minute for a final push.

While all involved are proud of the city, and convinced the CPC has heard how toxic the people of KC would consider such a development, this means that it’s not yet a sure thing. And in 2020, anything that has the opportunity to go wrong seems to.

So if you’re opposed to seeing immigrant children imprisoned in your city, we must engage in one last push.

May 19th is the CPC meeting. Normally, these are held in person at City Hall. Due to COVID-19, this event will be held online. If you simply wish to observe, there will be a YouTube stream available. If you wish to participate in the meeting, there will be a Zoom link posted on the CPC’s site. This site also answers all questions about the digital process, how to make your voice heard, and what we can expect. There are options available to do everything from simply speaking to our representative all the way up to giving your own PowerPoint presentation.

If you would like to submit your thoughts on this ahead of the 19th, you can send that statement to this email address. A script you might choose to use can be found here.

It is worth noting that the City Council had a Zoom meeting earlier this week interrupted by hackers, and it is possible that a different digital participation process might be announced before the 19th.

So what does this all mean? We’re near the goal line on preventing a for-profit human rights violation from moving into our city, put forward by organizations that knew they’d need backdoor shortcuts to avoid rejection. And the best tool we have for this is to prove that KC refuses to accept the inhuman nightmare they’re pushing. Because we refuse to have such a blight on our great hometown.

So on May 19th, why don’t you go ahead and pencil in a morning Zoom call or YouTube stream. The links for these events will be posted that morning on the CPC site. If you can’t make it to that meeting, feel free to send the CPC an email expressing your thoughts towards this email address. You can still sign the petition of opposition to add your name to the ever-growing number of folks that know how wrong this is, and how this would reflect on us as people.

Please check back with this article on or before the morning of the 19th. If there have been any alterations to the engagement process, we will have updates to how you can digitally participate in this very important meeting.

Beyond that, thank you to each and every one of you that have participated in rejecting this on any level. It is clear that we have power in numbers, and this is worth your time.