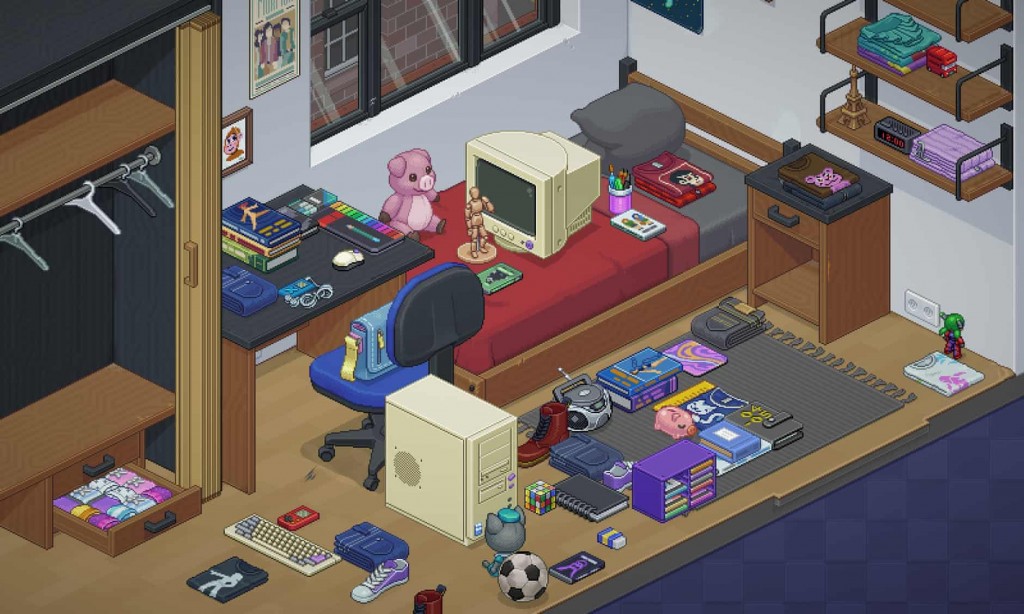 The process of moving is a blight on the human experience.

Personally, I rank it up there with hospitalizations and funerals as one of life’s most unpleasant chores. The thrill of experiencing life in a new location is immediately dampened by the arduous task of protectively packaging everything that you own, carrying it to transport, and then inverting the process on the opposite side.

Admittedly, I am just horrible at the process personally. Whatever body strength advantage I bring to the table is offset by tall guy clumsiness, and being generally bunk at the entire packing process.

So when friends started raving about a new indie game called Unpacking, I was fairly certain it would not be the kind of title that would click with me. Especially when I heard it was introspective, calming, and a very comforting little experience. The sheer audacity—the gall!—to find Zen elements in a part of life that I resent with every fiber of my being. How dare.

Welp. They got me good with this one. As a recent convert to the fandom of cozy, relaxing game experiences after a lifetime of running and gunning, I intended to find an experience like The Geography or Cozy Grove, which I have previously championed in this publication.

Instead, the small team of creators from Australia’s Witch Beam threw me a fascinating curveball. One well worth a quick write-up to share with you.

Unpacking is a game about moving. You cycle through the rooms of your new abode, open boxes, and place objects where you see fit. Finding the spot that you personally feel each item should occupy is transfixing in its own way, and encountering the slight puzzle element of being asked to arrange things in a semi-logical way—combined with a chillwave soundtrack—was the level of experience I was expecting to encounter.

But Unpacking is also a game about moving forward.

Each level is introduced with a year, and then you find yourself helping your character settle into a new location. There is no dialogue or story text, and you never see the protagonist whose life you’re micromanaging for a single day every few years.

This minimalist experience uses the objects and arrangement of the world to tell an immersive story about an entire human life. Your emotional connection to certain objects evolves as they represent shards of a person’s evolution. Items that you owned as a child will start to become important reminders of how far you’ve come, in both successes and failures.

You’ll also realize how you’ve formed patterns for arranging your life. I got attached to putting a collection of trinkets and stuffed animals in the same order.

As you move from your teen years at home to your first dorm to your first apartment with roommates to what comes next, the other characters you must cohabitate with reveals co-stars in your story. Their existence determines how you must adjust your life.

One year early in the game, I was moving in for the first time with a boyfriend. Cohabitation with someone who already fully occupied their own space, and did not make new space for me, resulting in a frustrating experience. Without consideration given to what makes me me, I was inevitably forced to take an item that had previously represented so much of my personality and store it, hidden from the naked eye, underneath his bed.

Unpacking a set of boxes in a cute puzzle game told me everything I needed to know about a relationship and its dynamics. Reflecting later, I realized just what a feat of storytelling this achieved.

The team at Witch Beam also sought to make sure the game represent diversity across gender, sexuality, race, and more. I’m fairly certain this is the first time I’ve seen a hamsa and a dreidel in a video game. I’m positive that no game has ever asked me to repeatedly manage the storage of tampons.

Unpacking is available now on Nintendo Switch, macOS, Xbox One, Microsoft Windows. It currently retails for $19.99. A highly recommended investment.