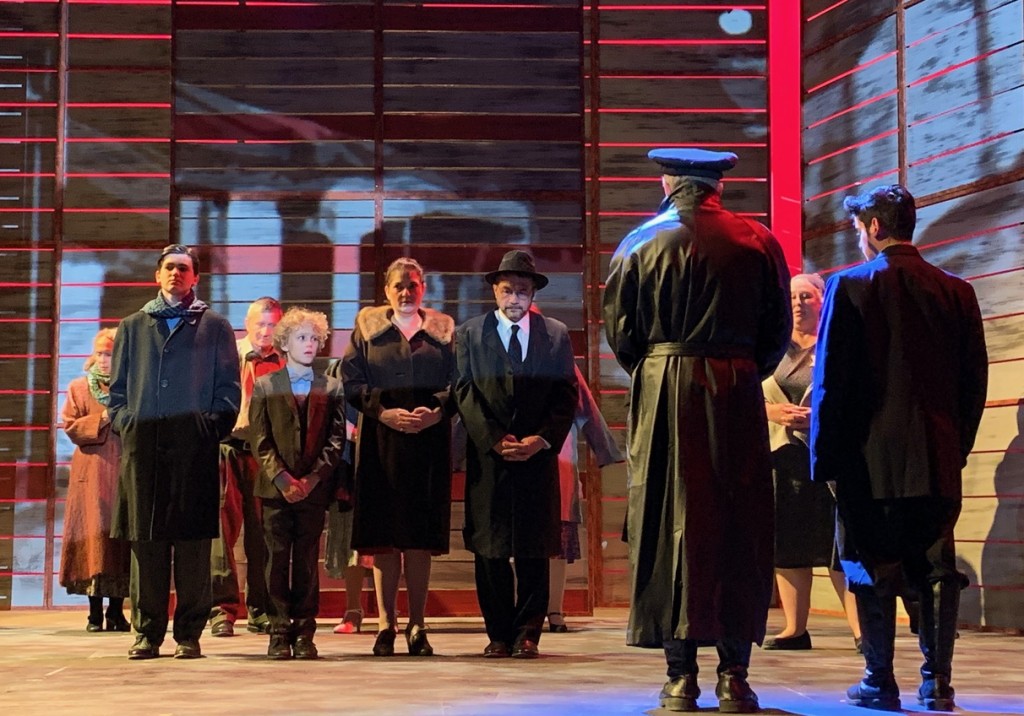 Surviving Hitler. // Courtesy of The White Theatre at the J.

Two performances remain of the limited show run for Surviving Hitler at the Jewish Community Center of Greater Kansas City.

Tonight and tomorrow are your last chances to catch this initial staging of the new production, adapted for the stage by Andrea Warren, based on his 2001 book Surviving Hitler: A Boy in the Nazi Death Camps. Commissioned by The White Theatre at The J., it’s an educational and emotional journey through the real-life story of Holocaust survivor Jack Mandelbaum.

The narrative is framed around not just an examination of the atrocities that occurred, but also how sneaky and quickly fascism can rise in a country that thinks “That could never happen here.” At the tail-end, the show dedicates significant time to the post-war process of trying to reunite families, deal with unfathomable loss, and restart life in the face of personal apocalypse. The message has incredibly relevant themes and we look forward to future stagings, as the cast was stellar and the production design is stunningly high-end.

If you have the opportunity, we highly recommend trying to make it out this Wednesday or Thursday. If you can’t keep The J.’s schedule handy for the inevitable return of this top-tier performance.