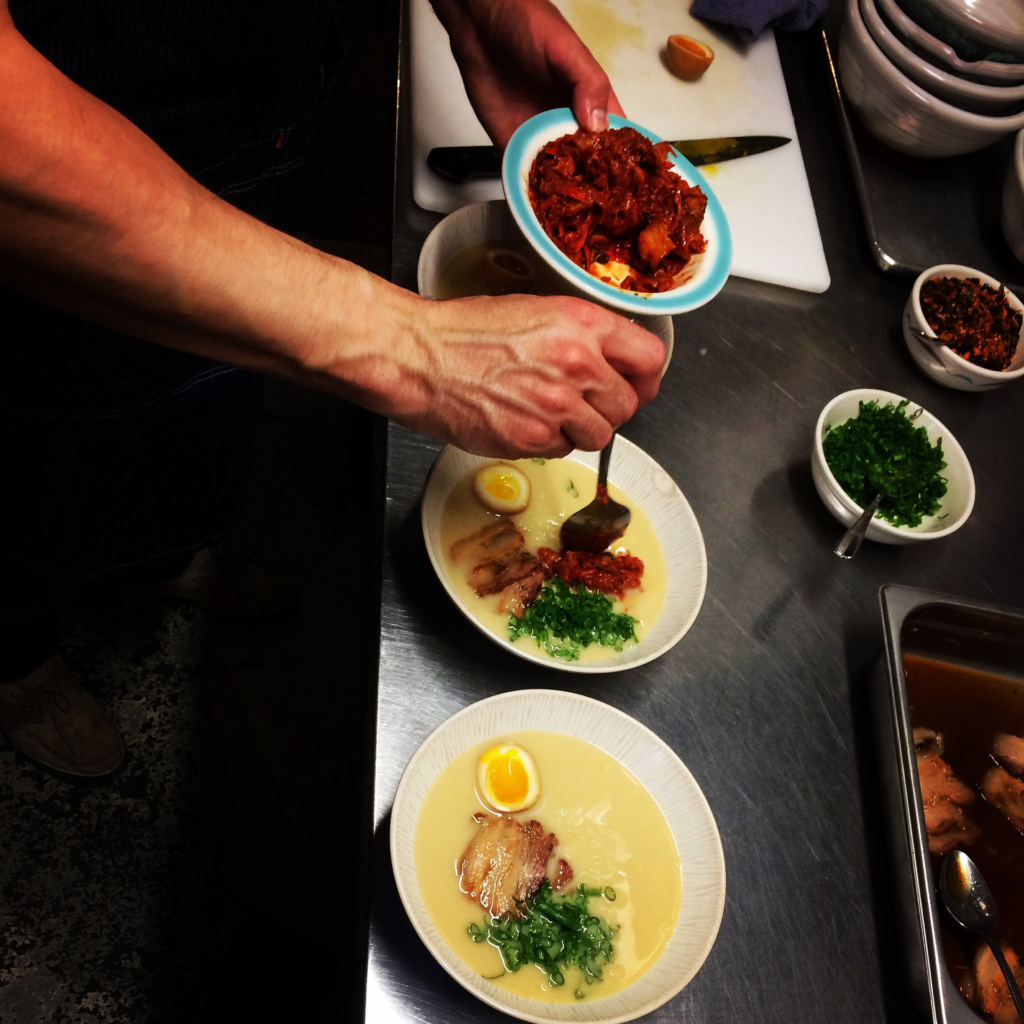 Josh and Abbey-Jo Eans, co-owners of Happy Gillis Cafe & Hangout, are more than two-thirds funded in their Kickstarter campaign to turn the garage behind their Columbus Park restaurant (549 Gillis) into a ramen shop. As of this afternoon, more than $26,000 of the $37,000 goal has been pledged.

Tomorrow night, the couple is offering a taste of what the new venture plans to serve.

The Eanses are opening a pop-up version of their future ramen restaurant from 6 to 8 p.m. Friday at Tapcade Arcade Bar & Grill (1701 McGee), in the Crossroads.

Josh Eans says you should expect a little bit of standing in line. He’s not selling advance tickets or accepting reservations; it’s strictly first-come, first served. And, given the Kickstarter drive’s immediate popularity, he expects to sell out.

Eans tells me: “We’re only serving one kind of ramen that night, the traditional tonkotsu pork-based broth, seasoned with white miso and garnished with braised pork belly, soft-boiled egg and scallions.”

For $18, you get a bowl of that ramen and a craft beer. Tapcade is donating all the proceeds to the Eanses’ Kickstarter campaign.