What to check out at True/False Film Fest 2018, which begins this week in Columbia 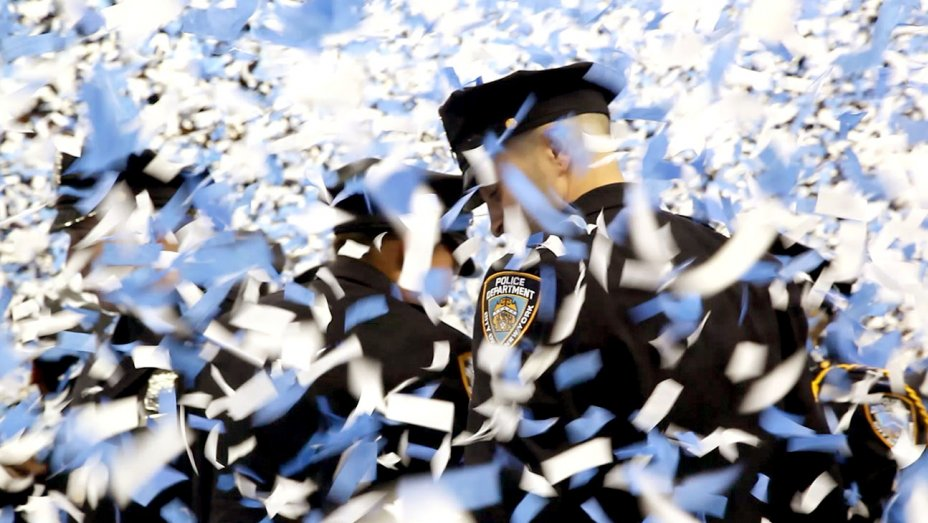 It’s hard to imagine crowds of 1,200 or 1,700 cheering for documentaries about step-dancing or the rise and fall of former lawmaker and lawbreaker Anthony Weiner, but that’s standard operating procedure at the True/False Film Festival in Columbia, Missouri, which runs this Thursday, March 1, through Sunday, March 4.

Since 2004, True/False has brought a series of Oscar-nominated and Oscar-winning filmmakers to town and has introduced Missouri to films like 20 Feet from Stardom, Restrepo, Taxi to the Dark Side, Man on Wire, and Project Nim. True/False also provided an early peak at fiction films like the Chilean election comedy No — which featured actual advertisements for voting against dictator Augusto Pinochet — and Richard Linklater’s Boyhood.

Also true is that few festivals feature, as True/False does, a parade through downtown, a footrace on Saturday morning, or musicians busking before the films start. (Among the noteworthy buskers over the years was Exene Cervenka, of punk band X.) All the screenings are within walking distance of each other, and thousands of volunteers turn Columbia into a remarkably geek-friendly place. Here are a few films screening this year that promise to be worthy of the festival’s ongoing legacy:

In 2004, a crew of college students tried to steal some valuable books like John James Audubon’s Birds of America from the library at their university. The thieves fell in love with heist movies, then tried to live one. Director Bart Layton, who helmed the nail-biting True/False entry The Imposter, combines reenactments and testimony from the gang, whose memory of the event has gotten fuzzy over the last 14 years. Layton will take audience questions after the film. (Note: this one is not so much a documentary as it is “based on a true story.”)

In addition to making genre-bending films like Actress and Kate Plays Christine, Robert Greene also teaches at Mizzou. His latest, Bisbee ’17 recounts a 1917 miners’ strike in 1917 Arizona. As with his previous movies, Greene incorporates actors and recreations. He also uses songs to demonstrate how the truth doesn’t always make its way to history books.

Stephen Maing follows a group of New York police officers who confront racial profiling and other malfeasance among the Big Apple’s finest. Cops in the city must meet a type of quota of arrests, which often leads to people from low-income areas receiving a disproportionate share of punishment. The film follows the reformers, dubbed the “NYPD 12,” as they wear wires to expose policies that neither keep New Yorkers safe nor serve the cause of justice. Maing will take part in Q&As after screenings.

Director Steve Loveridge spent six years putting together this complex portrait of British rapper Matangi Arulpragasam — known to most of us as M.I.A. Loveridge is a lifelong fan, but he’s apparently not out to lionize her, and she’s not afraid to talk back to him, either. The film includes video diaries M.I.A. has recorded herself and deals explicitly with her radical upbringing. Her father was a founder of the Sri Lankan rebel group the Tamil Tigers. Loveridge will be taking questions from the audience via Skype.

Russian-born filmmaker Maxim Pozdorovkin has tackled such challenging subjects as performance artists Pussy Riot and arms merchant Viktor Bout, so he’s uniquely qualified to reveal how Russia viewed our last presidential election and how a non-descript St. Petersburg building was the home of hundreds of trolls disseminating falsehoods about former Secretary of State Hilary Clinton. If seeing how the “fake news” sausage is made isn’t intriguing enough, Our New President also features musical tributes to how the vote actually went. The program includes Pozdorovkin’s Q&A and a short called Graven Image, about Georgia’s Stone Mountain, a Klan-built monument to the Confederate States of America.

Won’t You Be My Neighbor

Oscar-winner Morgan Neville (20 Feet from Stardom) returns to True/False for the fourth time with this look at how Fred Rogers and his landmark children’s television show Mr. Rogers’ Neighborhood tried to change the message that youngsters received on the small screen. Apparently, the warm, friendly manner Rogers had on the show wasn’t an act, and his creations, like Daniel Tiger, still live on. Neville also co-directed Best of Enemies, so his look at Rogers shows how television has changed since Rogers left the air and why his loss shouldn’t be taken lightly. He’ll attend the screenings, which will also include a “provocation” by Miko Revereza. Color me curious.

The festival also includes “campfire” stories where the filmmakers recount how they got their films made and a game show called Gimme Truth! where local filmmakers see if visiting pros can tell which of their efforts are genuine and which are, um, fiction. For more information, go to www.truefalse.org.