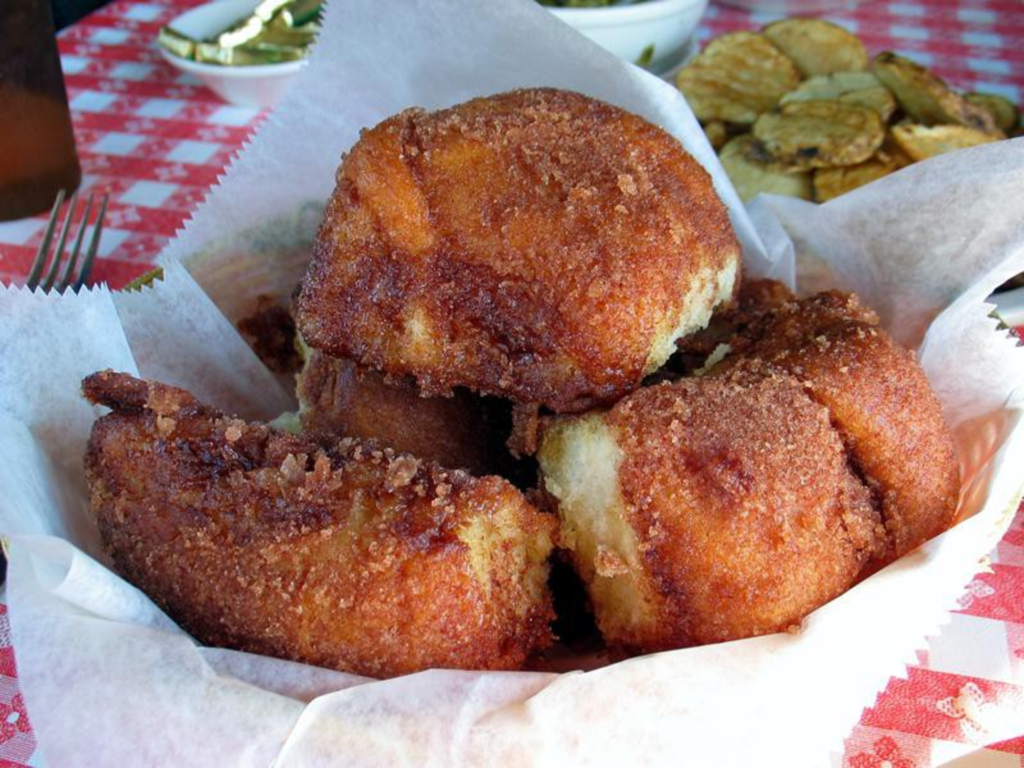 Of all the foods on my list, this is the only one I could conceivably eat with every meal. It is the perfect side to any breakfast, lunch or dinner, and also a completely 100 percent Kansas City classic.

I am, of course, referring to the rolls from Stroud’s, which make up my fifth food in this series.

Make no mistake, the cinnamon rolls are just as unhealthy as the pan-fried chicken and the mashed potatoes and . . . well, just about everything there. The cinnamon rolls taste somewhere in between coming straight from the oven and coming straight out of a fryer, and they’re a mixture of crusty, gooey, bready and moist. Each bite is like eating a new piece of cinnamon roll until the basket of rolls is empty, only to be refilled again!

The best part is the encrusted cinnamon sugar on top that is heavy on the sugar and relatively light on the cinnamon. Besides the sugar and some butter, the rolls are allowed to speak for themselves, which is the way it should be. Too few restaurants offer cinnamon rolls on their menus; of the ones that do, the cinnamon rolls are too often covered in cinnamon or cream cheese icing or worst – powdered sugar icing.

A serious steakhouse would never dream or covering its filet mignon in a heavy sauce, so I don’t understand why so many bakers and restaurants cover their cinnamon rolls in heavy icing. By not doing so, Stroud’s has taken what traditionally is a breakfast or a dessert item and turned it into another part of the meal.

In picking Stroud’s cinnamon rolls, I am going on history because I haven’t been to the new Stroud’s in Fairway. My mentor, The Pitch’s food critic and fellow Fat City blogger Charles Ferruzza, did make it there recently for a review, and I was thankful to read that Stroud’s hasn’t lost much of the atmosphere and food of the old location. Charles described the rolls as fantastic and “fat squares of yeasty biscuit dough encased in crunchy, buttery cinnamon sugar,” which is a much more succinct and poetic way of putting it than I could write and confirms that I’m not the only one to think they’re darn-tootin’ good.

I still reminiscence about the original location on Troost. If ever there was a restaurant that dispelled the theory of “location, location, location,” it was the old Stroud’s. When my parents first took me there as a youngster, I remember not being too impressed by the chicken itself but loving the cinnamon rolls and loving the entire experience. What kid doesn’t love unlimited cinnamon rolls?

Looking back, I think the reason I didn’t enjoy the chicken as a child: I was already too full by the time it came out. As my taste buds have grown older (though maybe not wiser but at least more experienced), I’ve learned to savor the delicate flavors of pan-fried chicken. I’ve learned to love the lard-covered green beans and their delicate flavors. With all that said, I still get most excited about Stroud’s for the cinnamon rolls.