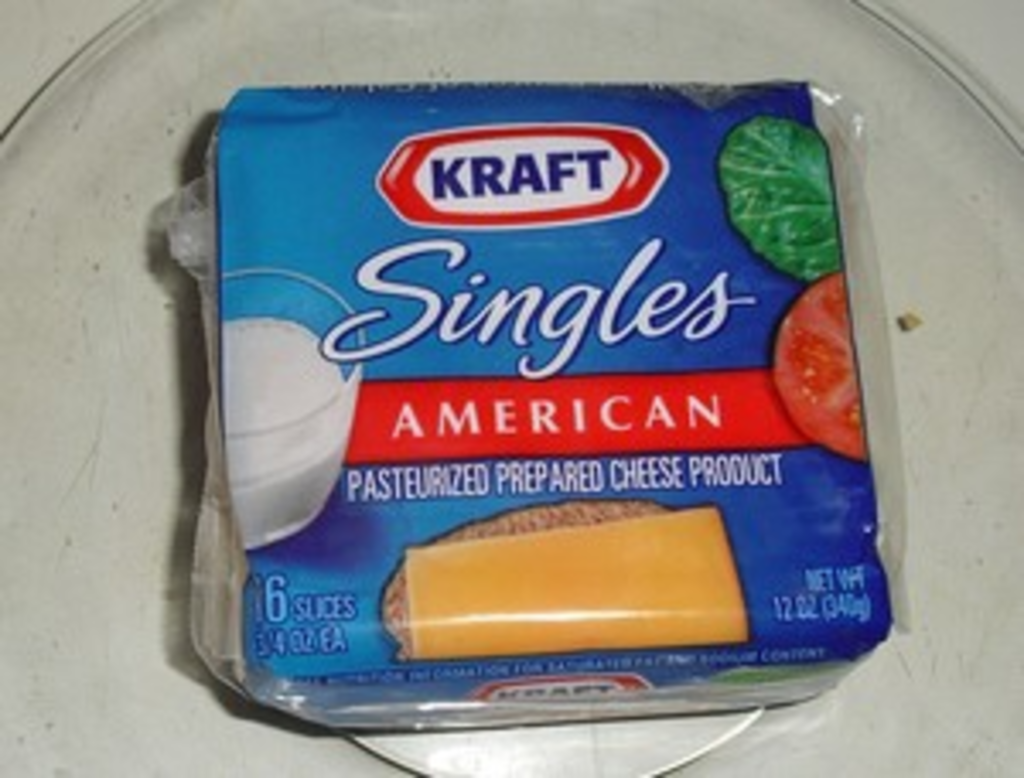 What does it say about America that the nation’s favorite cheese — its namesake cheese — has no earthy, sexy aroma, offers very little flavor and has the texture of malleable plastic? More than half of all cheese consumed in the United States is processed American cheese — not something you’ll ever find in any “artisanal” cheese shop.
American cheese is still favored for grilled cheese sandwiches (it melts easily), cheeseburgers and some macaroni recipes. It’s also the choice of seriously picky youngsters turned off by the pungent fragrance of real cheese.

The biggest difference between real cheese — which is often made using the same techniques handed down for centuries — and American? In his book The Cheese Primer, Steven Jenkins describes the way that American cheese is manufactured: “It begins as young, pasteurized cow’s milk cheddar … milled into shreds, then ‘cooked’ with added dyes, emulsifiers, and assorted other ‘modern technology’ dairy ingredients in order to achieve a smooth, mild (yet cheesy), odorless, meltable, stable (long shelf life) commodity…”

In other words, it’s the culinary equivalent of a Britney Spears album or a Dynel wig. It looks real, but it’s not.