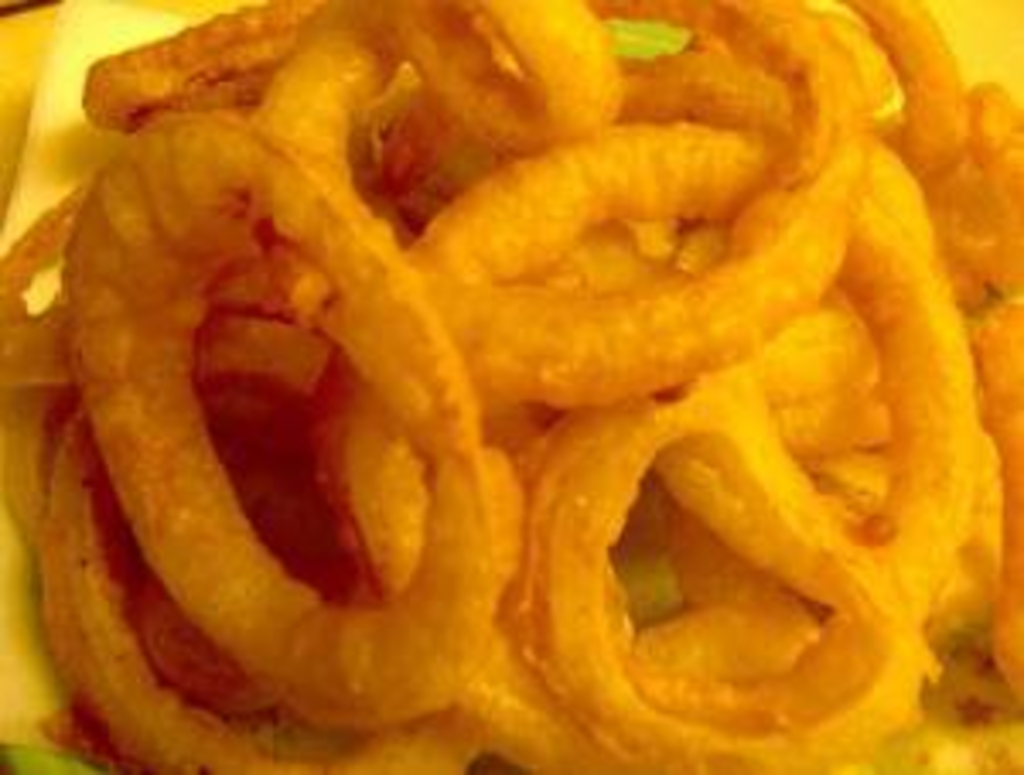 ​Onion rings have inspired songs, casseroles, even toys. But nothing can beat the real thing. Some culinary historians attribute the invention of the onion ring to the Japanese — tempura-battered onion slices — or trace it to the Indian tradition of battered vegetable pakoras. In the United States, the Pig Stand restaurants in Texas have long laid claim to having invented the onion ring as a side dish to their barbecue; the first printed recipe for the battered, deep-fried ring dates back to 1933.

Kansas City has its own tradition of serving onion rings with ‘que and burgers, including at the venerable Winstead’s, which also offers the “Fifty-Fifty” (a half order of fries with a half order of rings). Winstead’s onion rings tend to be small with a dense battered crust, so they wouldn’t make it into our Top Five for anything but nostalgic reasons. The real Top Five would have to be these:

5) Quick’s Bar-B-Q & Catering Company in Merriam serves damn good rings. As tasty with a slab of ribs as they are with a fried bologna sandwich.

4) Hi Boy, a 52-year-old local burger chain with three East Side locations, claims to have the best onion rings in town. The best? Maybe not, but close.

3) Ted’s Montana Grill, which has several local locations in town, offers a tower of “salt and pepper” rings that are truly comforting on a cold night.

1) Jack Stack Barbecue — all locations — has the thickest, juiciest and maybe the biggest rings in town. The tower of rings could be a meal in itself.