Director Ryan Glover’s feature debut is a horror film that plays all the right notes. 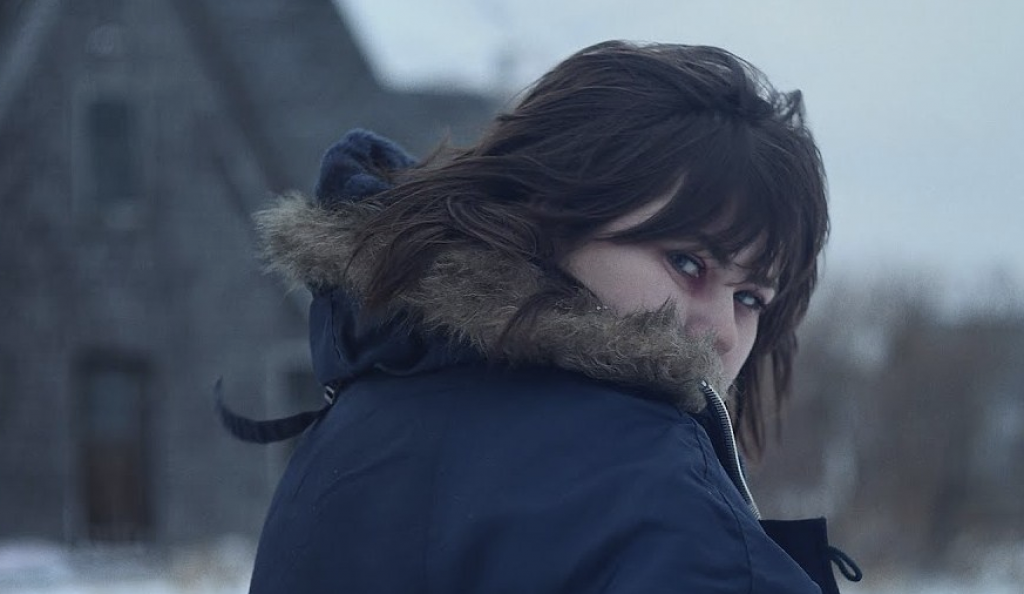 It’s difficult to know where to begin with defining The Strings. It’s an independent horror film. It’s also almost a musical. It’s personal to the point where you can feel the rawness pulling across your own skin. It’s full of love. It gave me the worst nightmares I’ve had in 2021 (and that is saying something). It is, perhaps, the single most engrossing film I’ve had the pleasure of seeing in quite some time.

The Strings is an accomplishment.

There. I wrapped it up nicely. We can all go home. 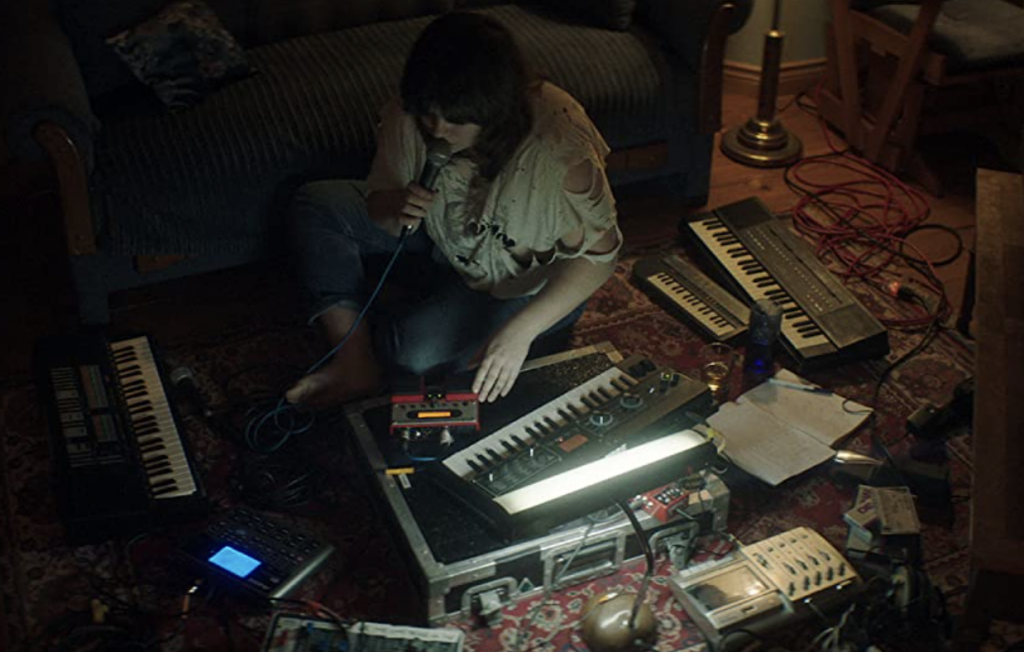 Catherine in her “floor studio” at the cottage. // Courtesy Shudder

The movie follows Catherine (Teagan Johnston), a musician who seems to have left her band and a relationship, as she journeys to find herself—and record a solo EP. Taking up residence in a remote cottage on Prince Edward Island, Catherine isolates herself in her absent aunt’s modest home, and begins work on the album she hopes will set her free from the life she knew before.

The frozen coastal town also serves as backdrop for a budding romance with local photographer Grace (Jenna Schaefer), who seems smitten by Catherine’s entire vibe. The two engage in a playful afternoon photoshoot at a nearby abandoned farmhouse. Unfortunately, something terrible follows Catherine home.

From the opening frame of the movie, I couldn’t take my eyes off the screen. There’s a level of hypnotism at work here that shouldn’t be possible for a director’s first feature film. Yet Ryan Glover has some type of dark magicks up his sleeve, because I am deeply unsettled just by reflecting on the film, some four days later.

The Strings explores the dichotomy between loneliness and inspiration. Catherine has come here to be left alone with her thoughts, in hopes that will create important art, but this mostly means she’s left alone with her thoughts. And like any good tortured artist, none of those thoughts are particularly helpful. Yet. The deeper Catherine goes, the more there is to find. 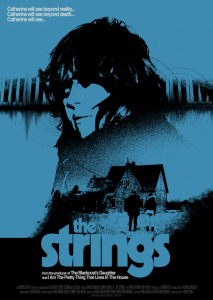 It’s worth pausing to make mention that Teagan Johnston performs all of her own music in this film. Catherine’s work involves a lot of looping pedals and synths and singing about exactly what she’s feeling. Every weird little fuckabout-ditty eventually sprawls in real-time into an absolute banger of a track. Honestly, we could skip all the ghost shit, and I’d still tell you to go watch the film about the girl sitting on the ground and writing bops. Johnston’s performance is both haunting and equally inspirational.

It must be nice when your lead actress’ existence exemplifies the themes you’re working in.

Until the film establishes where it’s going to take you, there’s an entire act of alternating between watching a broken person create art in a vacuum, and seeing that same broken person work through the monotony of a day. In fact, most of the movie will be only this. But with a slight shift in the tiniest of details, it becomes something extraordinary.

A dark presence has entered Catherine’s life, and with very little effort, it reminds you that it is constantly sharing a space with her—and you. One of the many small marvels of The Strings is how it uses its economy of space.

At times, it feels like you are watching a haunted house film with the kind of scares one might expect from a sprawling mansion full of ghouls. This movie accomplishes that, despite taking place in a single living room that looks upon a kitchen and a bedroom door. The intimacy of this setup creates claustrophobia that is almost unbearable.

I mentioned at the top of the review that this is an engrossing movie. Because of this compact space, long shots, and total isolation, I found myself unable to stop fixating on the smallest details on screen. The darkness that now shares this space could move anything from the smallest object to the entirety of the room.

Is that pencil going to twitch almost imperceptibly or is that creepy painting going to fly completely off the wall? Is the figure going to appear in the window or is an invisible force about to scream into her microphone?

The tension of constantly anticipating the next shoe to drop gave me an actual headache—my highest compliment.

The Strings is a completely original take on the haunted rockstar, and what I hope serves as a star-making turn for performer Teagan Johnston. Catch it when it comes to Shudder on Nov. 23.