The St. Regis Hotel: No tea, no sympathy 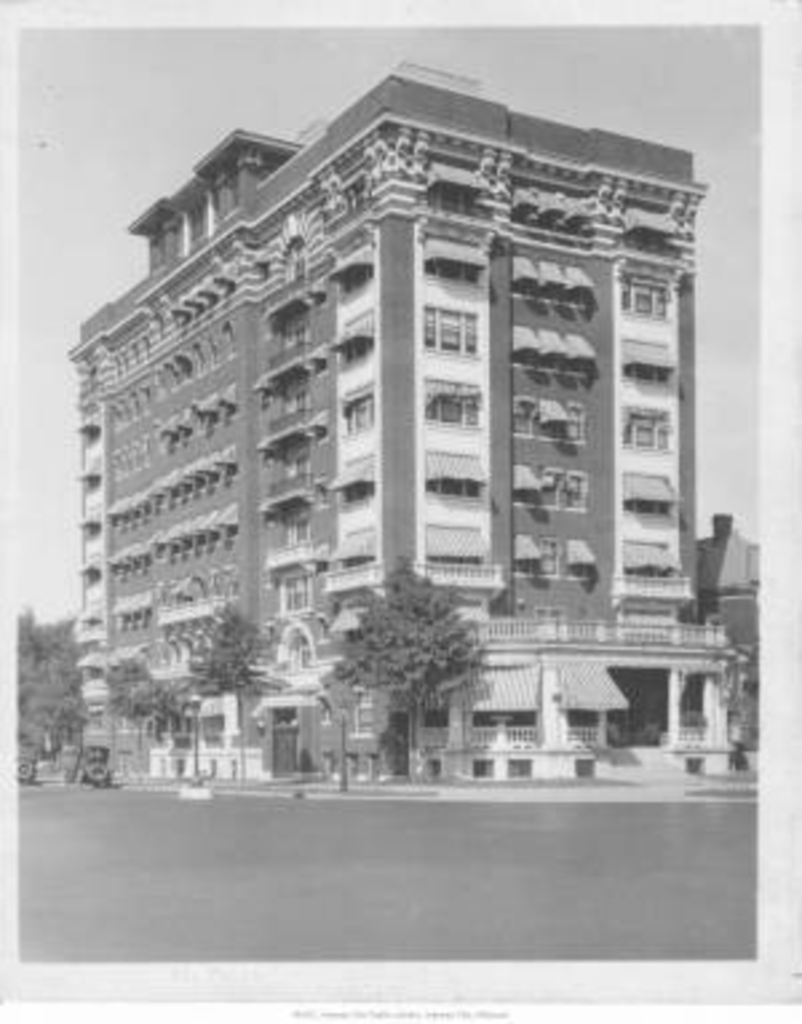 ​Pitch reporter Nadia Pflaum’s tale of conditions at the St. Regis Apartments at the northwest corner of Linwood and The Paseo reminded at least one Fat City reader that this eight-story building was once an elegant residential hotel in the early days of the 20th-century that even included — as most hotels of the time possessed — a ballroom and a restaurant.

It isn’t surprising that the St. Regis would have a dining room — in this case, the genteel-sounding Mrs. Searcy’s Teacup Inn — since even smaller hotels on the same street did, including the Hotel Ormond, on the southwest corner of Linwood and Troost. The Hotel Ormond wasn’t nearly as glamorous as the St. Regis Hotel (where steel millionaire Theodore Gary occupied what was reportedly the largest suite of hotel rooms in the city), but had two dining areas: an upscale room on one of the upper floors and, on the ground level, Bodine’s All-Night Drugstore, where a youngster named Walton Bodine — that’s right, the future broadcasting legend — worked behind the soda fountain.

Walt remembers that the St. Regis Hotel was considered “too far east” even in the 1920s, which is why the upscale hotel, built in 1914, had a hard time competing with both the downtown hotels and snazzier midtown rivals like the Bellerive Hotel on Armour Boulevard (which outlasted the St. Regis as a hotel property).

I don’t know how long Mrs. Searcy’s Teacup Inn lasted at the St. Regis, but there hasn’t been a restaurant on the property for at least four decades.