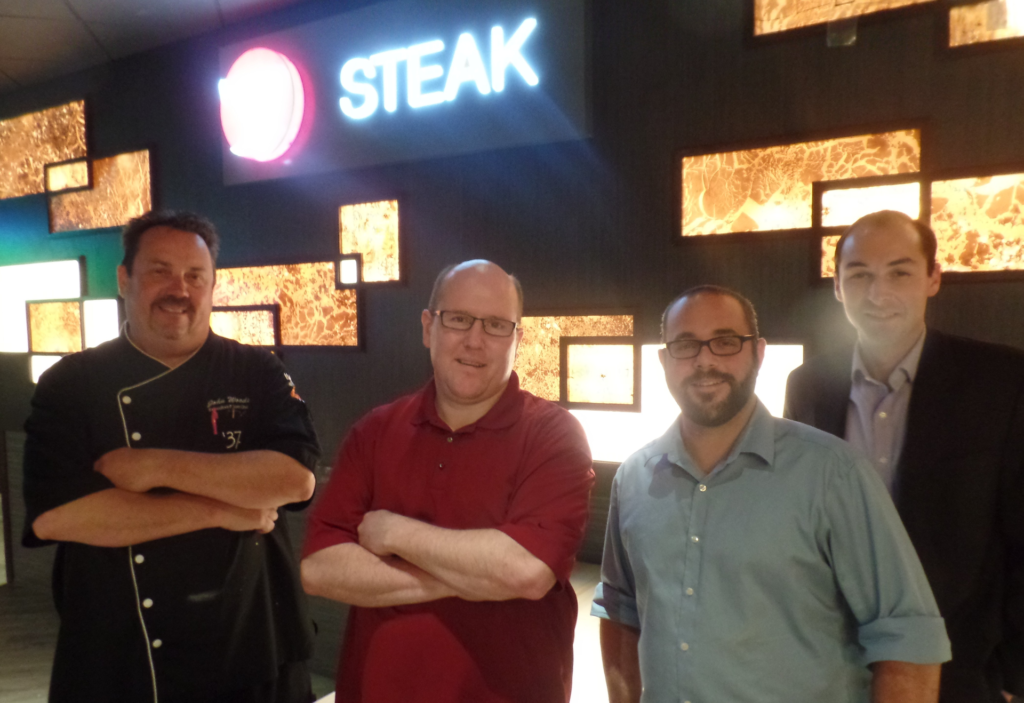 This Sunday, June 22, will be the final night for one of Kansas City’s best moderately priced steak restaurants: The Range Steakhouse at Harrah’s Casino. After a 17-year run as the casino’s signature steakhouse (The Pitch voted it “Best Kansas City Strip” in 2008), the venue will be shuttered for good so that the casino can focus its attention and resources on a new steakhouse, 37 Steak, scheduled to open June 30.

Named for the year 1937 (when casino empire founder Bill Harrah opened his first gambling joint in Reno), the stylish steakhouse takes over the space formerly occupied by Mike & Charlie’s Italian Restaurant (and prior to that, a seafood concept called Moby’s Fish Tales). The space was completely gutted to create the new dining venue. A new bar, featuring an artistically lighted onyx base and a quartz surface, was being stocked yesterday by the restaurant’s celebrity bartender, Michael Strohm, a veteran of the R Bar and the Kill Devil Club.

“Michael is going to create a special craft cocktail program for Steak 37,” says Scott Lokke, the casino’s vice president of hospitality. “He has excellent credentials.”

In the casino world, dining rooms don’t change as frequently as the slot machines, but they do cycle in and out based on popular trends. The new 37 Steak will have a larger menu selection than the Range – and slightly higher prices; the menu will be all a la carte – and a much larger dining area. The Range could seat 147 people, while 37 Steak will seat 245 and have three private dining rooms.

The bar will stay open – and serve food – later than the restaurant (which will close at 11 p.m. on weekends). The bar will feature its own menu for patrons who simply must have brown-sugar-glazed candied bacon with their bourbon.

Russian-born B.B. Jorjadze, formerly of the Brio and Bravo restaurants, has stepped in as the 37 Steak general manager, and longtime Harrah’s executive chef John Woods will oversee the menus at the steakhouse (as well as the casino’s buffet and coffeehouse). When the casino first opened in 1994, there were three dining spots on the property. There are now six dining options in the 20-year-old casino.

Entree prices at 37 Steak will range from $25 for a blue crab and chicken Wellington to $49 for a 27-ounce porterhouse steak. All the side dishes, Lokke says, will cost $5.