Have a drink with the Mayor of Halloween Town at this new Apparition pop up in KCK. 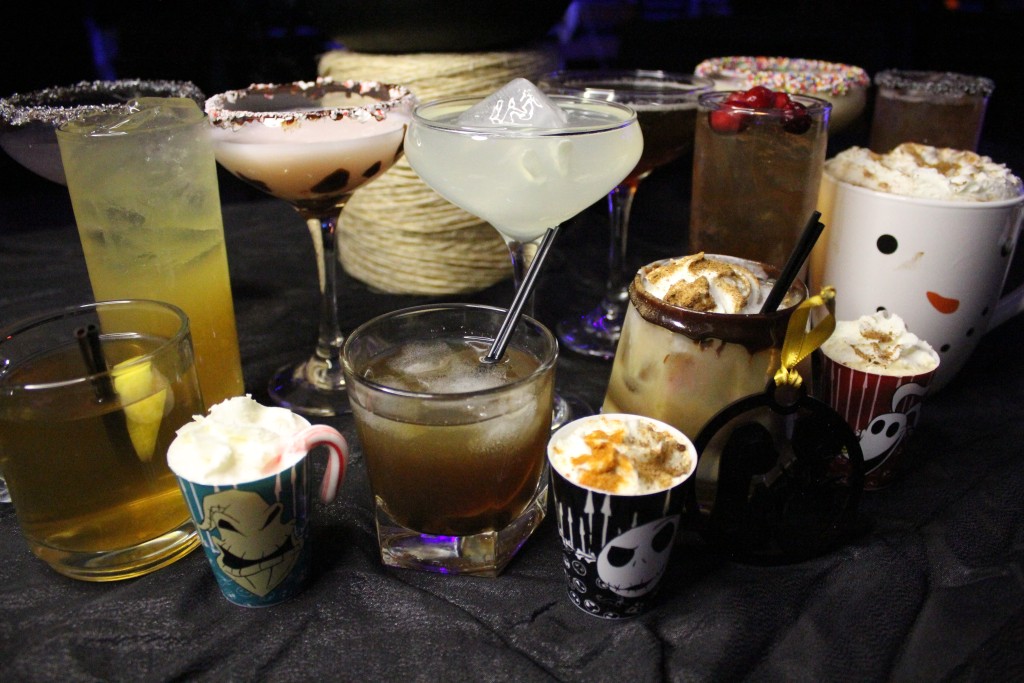 Helmed from concept through completion by the magnificent Maggie Boone with art from popup veteran Colleen King, the place the scene opens with a variety of those iconic painted tree doors to different worlds by which I was always fascinated with as a child. Unfortunately the doorknobs do not turn and certainly don’t lead to other themed popup escapades, so I would advise against trying that. It does provide a well-lit first opportunity for ‘gram photos, however.

We continued through to the main room, which featured black wallpapers juxtoposed with bright Christmas lights, trees, and spooky film characters aplenty. I sat down at one of the booths with my squad to the tune of some absolutely spooky jams coming from over by the bar and was greeted by the more than courteous Mayor of Halloween Town (Jason Simbo).

The cocktail menu, adapted by Matthew Smith from the one that was originally designed by Marissa Corcoran in 2020, follows a general formula formula of sweet candy meets sufficiently strong winter drinks. It includes 12 drinks plus three shots and offers two of those in a non-alcoholic version.

Within minutes, I was sipping my “Jack Skellington,”—a chest-hair enducing mixture that includes Tom’s Town Double Oak Bourban, coffee infused vermouth, and garnished with chocolate bitters and cherries. It was my personal favorite drink of the evening.

One of my guests went with the “Oogie Boogie,” which also features the Tom’s Town Double Oak Bourbon, but of the raisin-infused variety. It was topped off with brown sugar syrup, orange bitters, and something called drunk raisins (which I’d imagine are spiked raisins but it’s maybe funnier if I never know).

Another opted for the “Zero’s Treat,” which features candy cane infused spirits and crumbled candy garnish, Godiva White Chocolate Liqueur, and creme de cocao. The final order of our opening round was “The Pumkin King”—Pumpkin Spice White Russian Tito’s Vodka, and Kahalua.

For the next round, we went with The Trio of Terror Cocoa series, all of them made with the a base of Valrhona French Chocolate, heavy cream, and vanilla. The varieties come in the Lock (Mean Mule Gold Tequila, cayenne pepper, cinnamon), Schock (basically the Zero’s Treat with the aforementioned base), and the Barrel (Irish Cream & Tom’s Town Double Oak Whiskey). Mix it up and order all three and see who at your table prefers which without asking first for extra fun.

By the time those had arrived and been properly documented on the socials, an Oogie Boogie man was giving a lap dance in the middle of the room. The enthralled recipient (a paid actor, I assume, but no kink shaming will be found here) seemed to be enjoying it immensely [note: for probable legal reasons, I will now confirm that he was in fact not somebody’s drunken father].

Larger groups may opt for the Frog’s Breath Cauldron, a hefty shared concoction made with apple brandy, Ca’Furlan Prosecco, pomegranate, cranberry, and lemon juice, house made cinnamon syrup, and served with dry ice and cranberries.

There is also a food menu created by Homesteader Cafe that includes nine options of theme-appropriate takes on sliders, lobster dip, bruschetta, potato wedges, mozzarella sticks, and “What’s This,” an assortment of cookies from the mind Megan Kendall.

Quoting Mr. Skellington himself at the end of the night, “I really tasted something swell, that’s right.” I sent a salute over to Zero (kudos if you can find him), shake the Mayor’s hand, and head out to the real world once more. 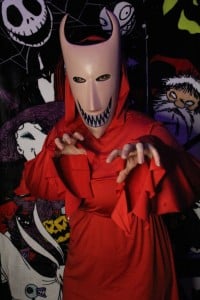 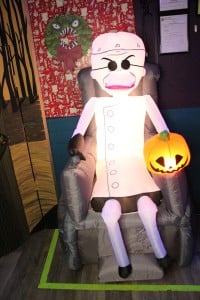 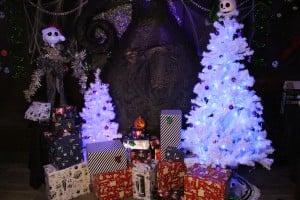 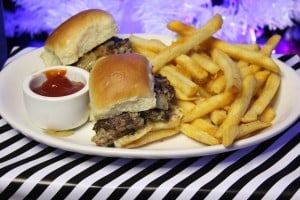 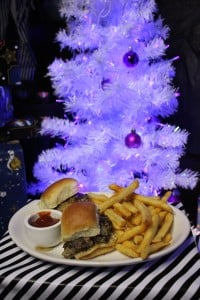 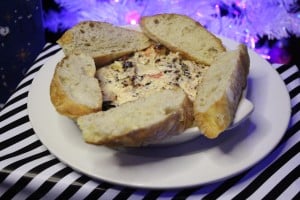 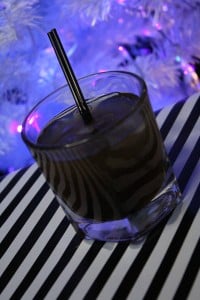 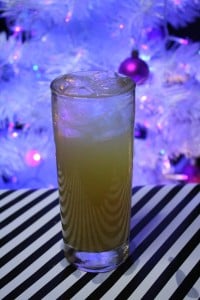 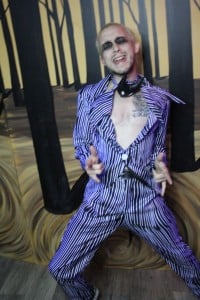 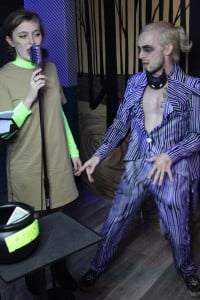 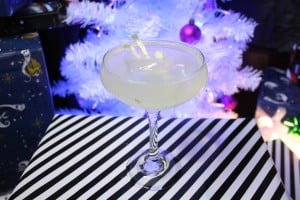 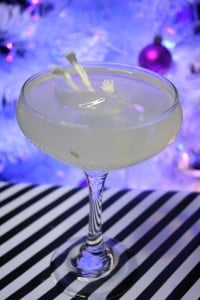 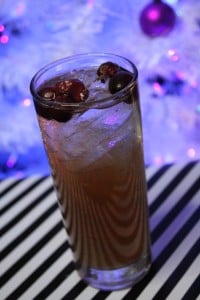 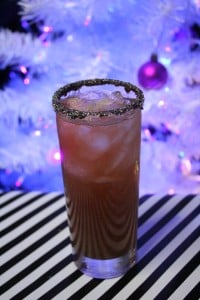 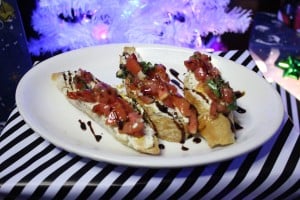 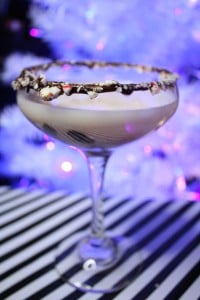 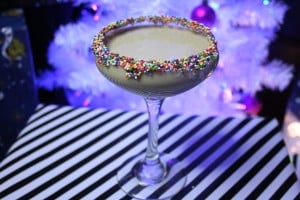 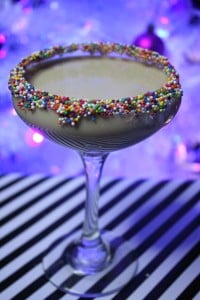 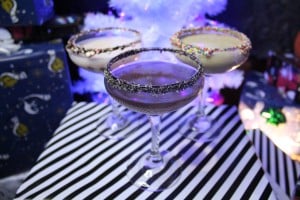 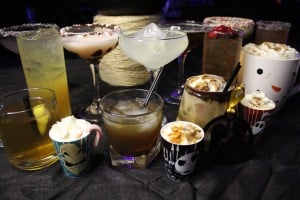 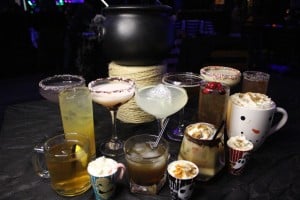 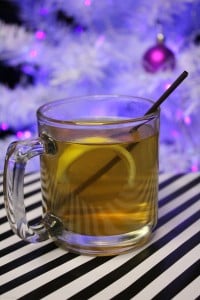 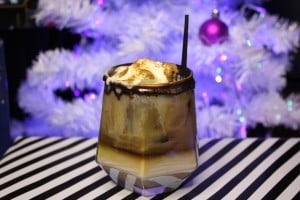 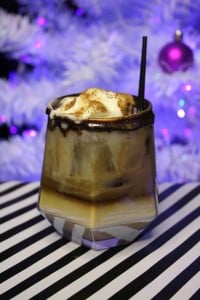 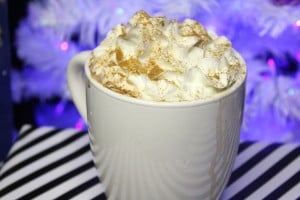 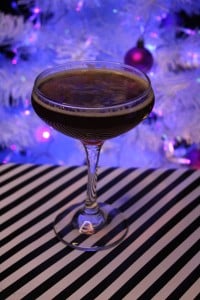 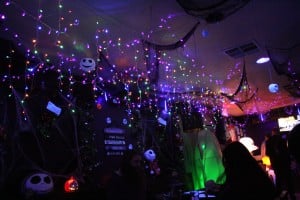