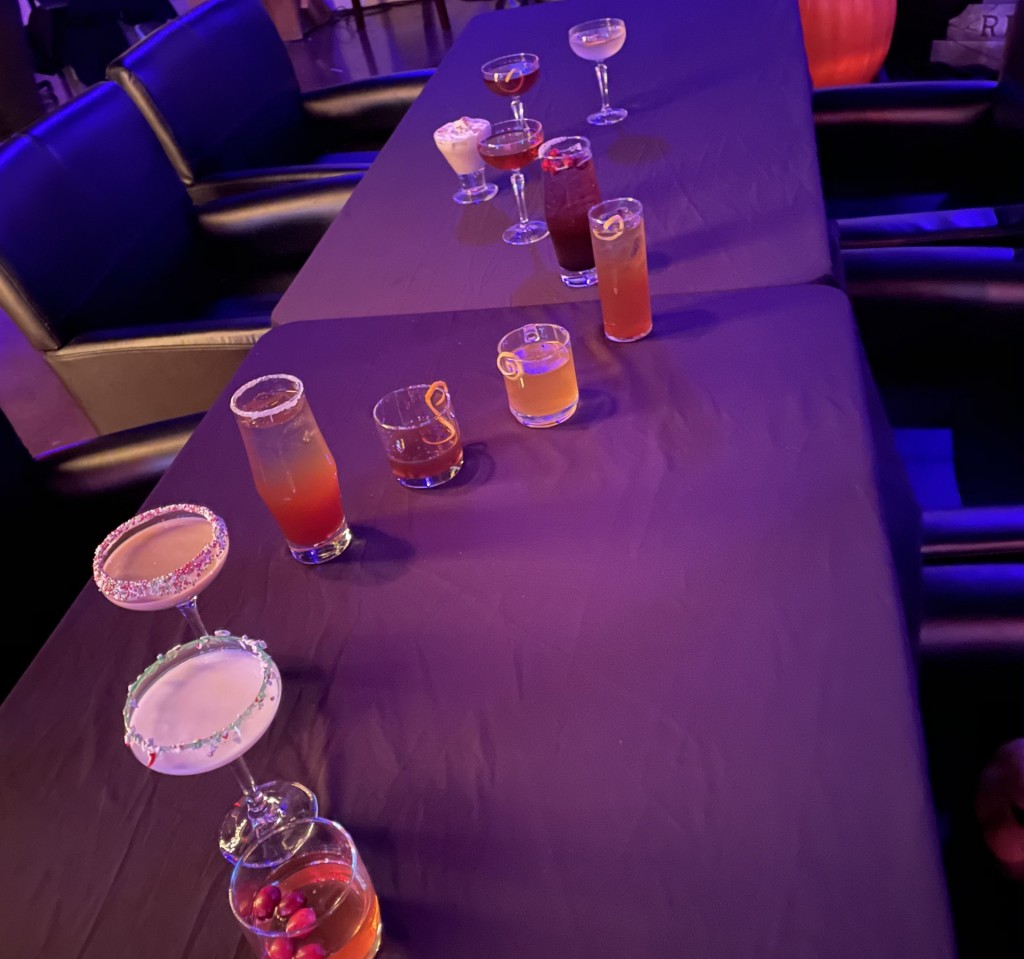 Tucked inside North Kansas City’s Big Rip Brewing Company this holiday season, you will find Apparition Before Christmas, a pop-up bar inspired by Tim Burton’s Nightmare Before Christmas. Decorated to make visitors feel as if they’ve stepped onto the set of the movie, the bar delivers drinks that capture Christmas in a cup thanks to the talent of the young Marissa Corcoran, the creative bartender behind all 12 cocktails on the menu.

After the success of the Halloween pop-up bar, Apparition, which had three locations— a tent outside Big Rip Brewing in NKC, a room above RPG in Lawrence, and a ballroom behind Headshots in Wichita, Edward Schmaltz and Maggie Boone were inspired to carry the Halloween season into Christmas. Schmaltz founded Apparition and Boone was part of the team who helped run the Halloween pop-up.

Schmaltz recalled when Kansas City saw snow in the middle of October. “Christmas thought it could kind of come into Halloween, so we figured that we could bring Halloween over there,” said Schmaltz. He is helping run the new pop-up. 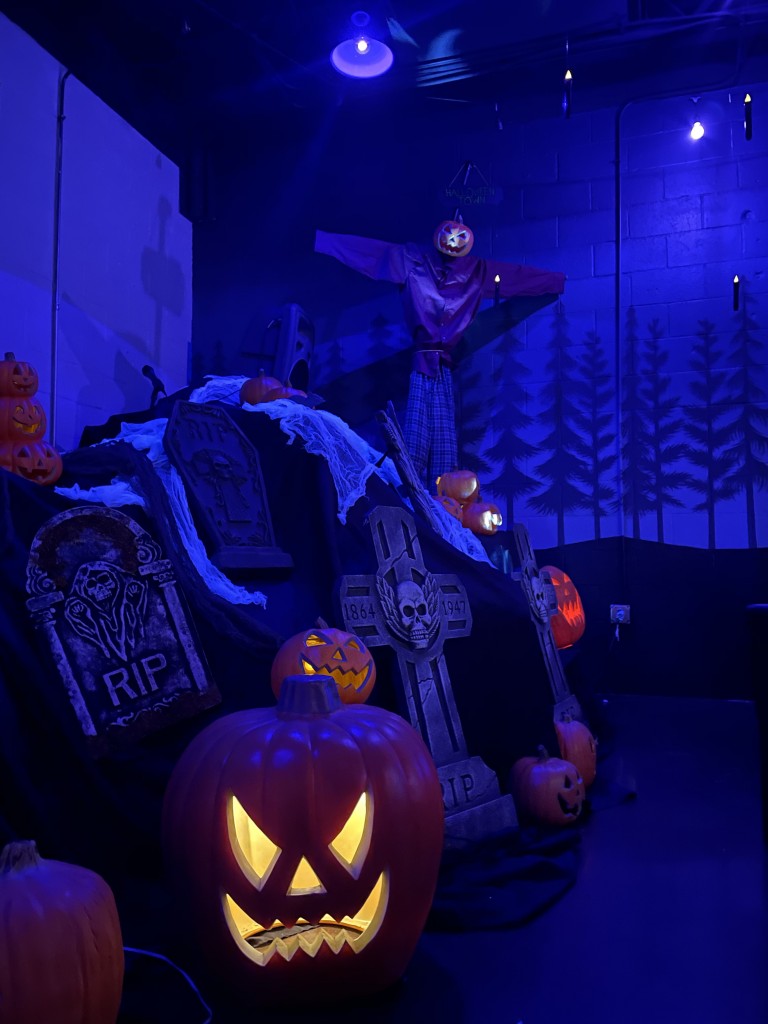 The indoor space features an elevated stage that will allow servers to perform with social distance. With tables also distanced according to COVID safety protocol, Boone and Schmaltz wanted to focus on creating the perfect experience for visitors. “Rather than going for volume, we really wanted a few people to be able to come in and have a really, really great experience,” said Schmaltz.

Marissa Corcoran also plays a vital role in the pop-up bar. With two years of experience as a bartender before joining the Apparition Before Christmas team, Corcoran fully embraced the challenge of creating items that embodied both Halloween and Christmas. “I drove my roommate crazy, but I had this huge window and I wrote Christmas flavor profiles on pieces of paper and just stuck them all over the window. Just like a giant concept map,” said Corcoran. “I picked traditional drinks like Manhattan’s and old fashions, and then tried to think of how I could get Christmas flavors in there.” 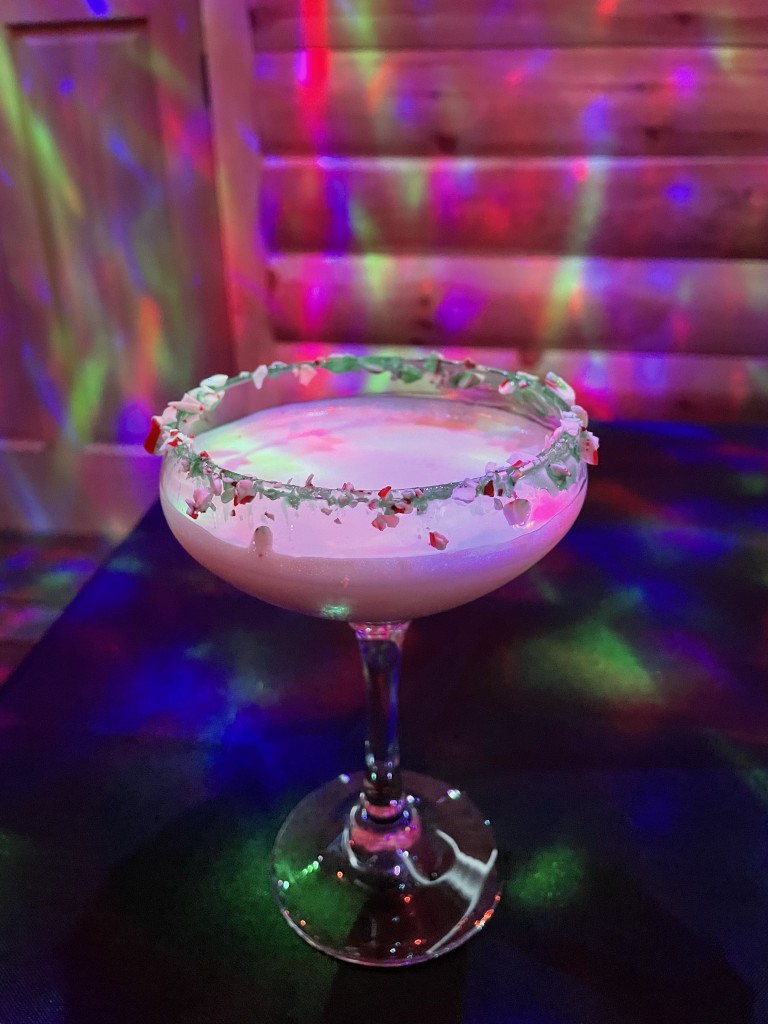 Corcoran has accomplished just that. Created using locally sourced ingredients and liquor, each cocktail is $13. The menu offers a variety of flavor profiles with many of the drinks’ names drawing inspiration from the movie.

Zero’s Treat is made with candy cane infused local Lifted Spirits vodka, Godiva white chocolate liqueur, and creme de cacao to create something that can best be described as a creamy peppermint vanilla milkshake. Doll Face plays on the classic Aviation cocktail and features J. Rieger Midwestern Dry Gin, blackberry syrup, lemon juice, and creme de violette. The drink offers the perfect balance of fruity berry notes with the tartness of lemon, while the violette adds subtle hints of floral. Luster dust adds a glimmery finish to the top of the drink. For those of you obsessed with all things pumpkin, Pumpkin King is for you. A favorite at Apparition Halloween, this item returns to Apparition Before Christmas. Think of an elevated, boozy version of Starbucks Pumpkin Cream Cold Brew, but better.

Other cocktails play on classic holiday desserts. Sandy Claws uses Lifted Spirits vodka infused with Tahitian vanilla bean for a week, cinnamon schnapps, and gingerbread syrup to recreate the holiday cookie. Combining Tom’s Town double oak bourbon infused with dark and golden raisins, orange bitters, brown sugar, and orange peel, Corcoran created a fruitcake inspired old-fashion. The raisins make for a bug-like addition that skims along the bottom of the cocktail glass. The menu also features a reimagined whiskey sour, manhattan, and dry gin martini. One of the stars of the menu is the alcoholic hot chocolate, something that requires Corcoran stirring over a stove for half an hour as the dairy, chocolate, and condensed milk slowly meld together. Take your pick of flavor—peppermint, Mexican-style, or Kansas City-style (Irish cream and Tom’s Town double oak whiskey). 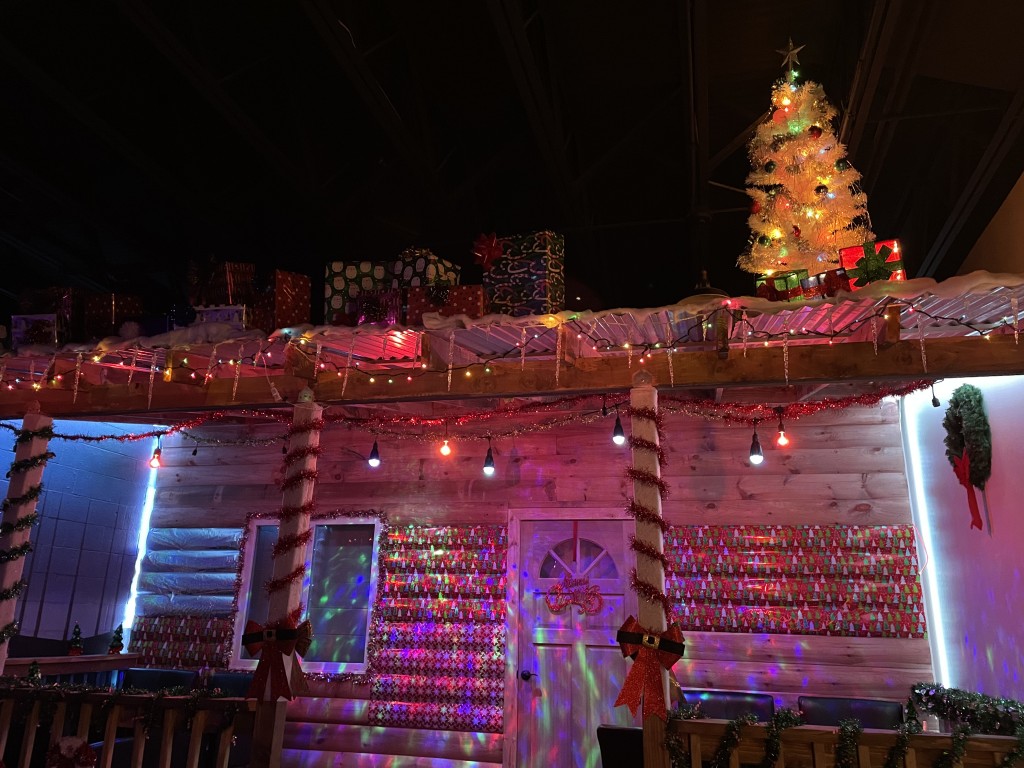