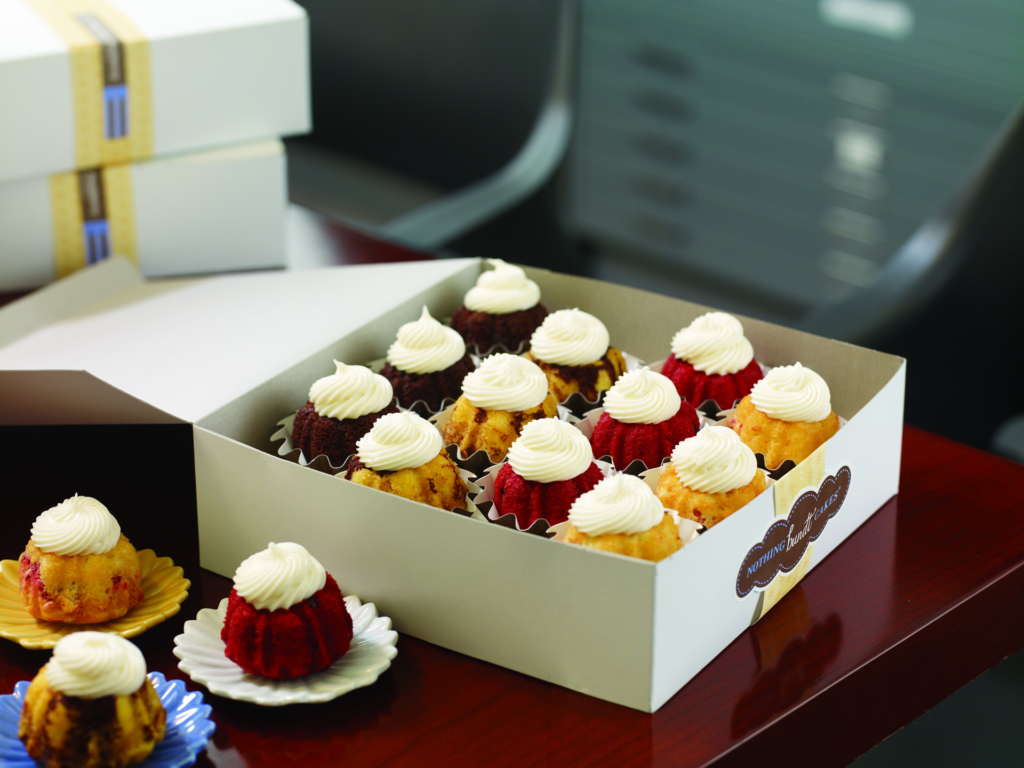 Unless you live close to Parkville, you may not have heard about Parkville Coffee. That’s why Tyler McCall, who roasts single-origin beans for his café, is coming to Sugar Rush. The Pitch’s fourth annual sweets-centric event happens at 6 p.m. Thursday, January 29, at the Promise Wedding & Event Space (1814 Oak).

“We’re a lot more than a Parkville coffeehouse,” McCall tells me. “We have our coffee in several area supermarkets, including the Northland Hy-Vee and Price Chopper stores, and the GreenAcres Market in Briarcliff.”

The roasting business grew out of McCall’s four-year-old coffeehouse on the Main Street retail stretch in Parkville. It also offers house-made pastries as well as breakfast and lunch dishes.

For Sugar Rush, McCall is bringing samples of his freshly brewed coffees. “We hope to be doing pour-overs, too,” he says.

A steaming mug of java might be what you need after a cupful of intensely flavored ice. Tropical Sno is coming, ready to hand out shaved-ice snow cones that drip with, say, Tiger’s Blood syrup. If no one has peach cobbler up for grabs, Tropical Sno co-owner Seth Golay says he’ll make you a snow-cone version with peach syrup, cinnamon syrup and a splash of vanilla. “It tastes a lot like the real thing,” he says.

Sugar Rush is a ticketed event (admission is $12), centered on a competition: Patrons vote for their favorite item of the night. The battle part of this otherwise convivial expo has inspired several of the participants to new creative ambitions. For instance, chef Terry Mille of Cowtown Cheesecake plans to serve samples of his most innovative custom cheesecake, which features a green-tea filling in an almond-cookie crust. It’s topped with blackberry compote.

A different kind of “cheesecake” will be served in candy form that evening by local candymakers Heather and Richard Garza, of Garza’s Goodies, in Waldo.

The Garzas will also have samples of flourless chocolate torte topped with strawberry ganache, and bonbons that they call “Surprise Hearts.”

Garza’s Goodies, which turns three this year, is a second-year participant of Sugar Rush. As it did last year, it’s set to offer tastes of its “Aztec chocolate,” featuring notes of dark chocolate, orange, cinnamon and cayenne.

Other pastries and snacks seeking the event’s “KC Sweetheart Award” include miniature confections from Nothing Bundt Cakes and sweets from the iconic McLain’s Bakery.

It’s the first time that the 70-year-old McLain’s — which changed hands last year, not long after moving from Wornall Road to 201 East Gregory in 2011 — has participated in Sugar Rush. Now operated by Jeff Hirleman, the business is actually owned by Grand Street LLC: restaurateurs Greg Hirleman (Jeff’s father) and Rick and Kristi Ghilardi, who operate the two Grand Street Café restaurants in the metro.

“We would like to bring some of our signature pastries, like our chocolate-cup cookies or our sweet rolls, with samples of some of our newer items,” Jeff Hirleman says. “We haven’t quite nailed down our decision.”

The 16-month-old Nothing Bundt Cakes, in Overland Park, has its own set of signature sweets, all of them — you guessed it — bundt-shaped. A miniature version of the full-sized bundt is called a bundtini here, and it’s this specialty that operations manager Alex Edwards (who opened the bakery with his parents, Jim and Bev Edwards) plans to bring to Sugar Rush.

“They’re the perfect size for an event like this,” Edwards says. “It’s a bite and a half.”

Edwards isn’t sure how many different flavors of the bundtinis he’ll have there (the bakery offers 10 choices, all frosted with cream-cheese icing), but the popular chocolate chocolate chip is a given. “It’s one of our most popular flavors,” he says.

There won’t be an actual wedding cake at Sugar Rush, but the eight-month-old Hungry Monkey Party Bites plans to put out wedding-cake-flavored popcorn.

“We tumble freshly popped corn with white chocolate and wedding-cake mix,” says Tim Colley, who owns the company with Dillon Bond. “It really does taste like you’re biting into a piece of wedding cake.”