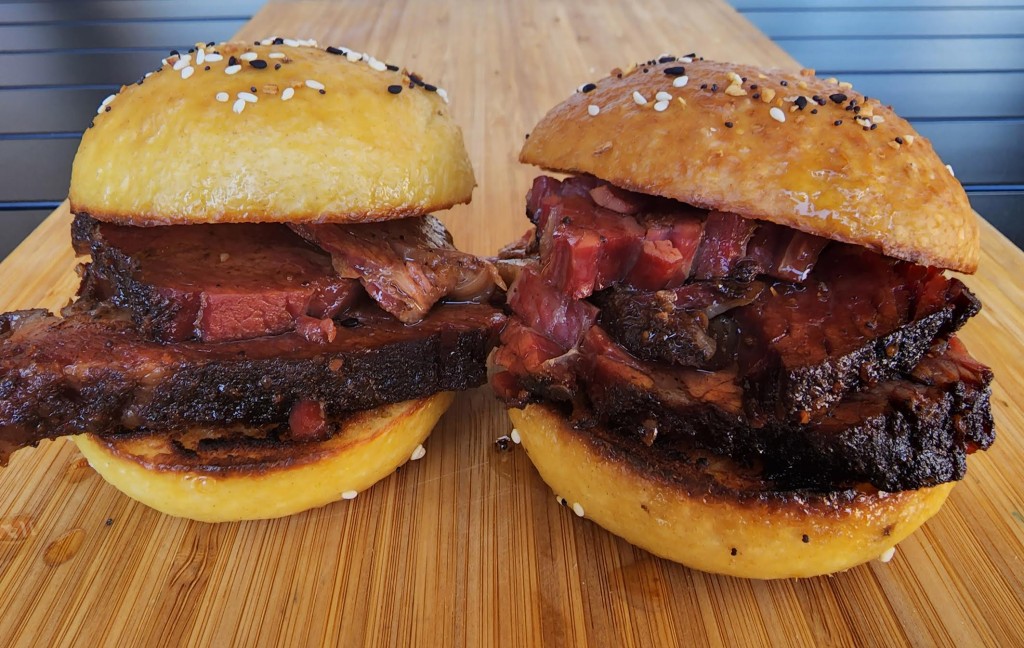 Pssst … got any pastrami?

Don’t tell everyone, but Best Regards Bakery & Café—home of the city’s best sugar cookies—secretly peddles pastrami. ‘Tis true. Deli regulars who can only dream of the days when Katz’s Deli in New York City’s reigned supreme can get a little pastrami on the sly right here in Kansas City.

Naturally, there’s a unique backstory to how pastrami landed on Best Regards’ menu. When owner Robert Duensing first decided he wanted to learn how to make pastrami, he called his friend and champion barbecue pitmaster, Rod Gray. (Yes, the new CEO of the Kansas City Barbeque Society.)

Gray shared his recipe and technique after crowdsourcing recipes of fellow pitmasters, and Duensing got to work. (If you’ve ever seen Duensing in action, you’ll note he’s a mad scientist in the kitchen and strives to decode recipes to recreate an elevated version.)

After trial and error, his pastrami became a bonafide hit at home, so he decided to serve the entrée at one of his smash-hit summer events, a series titled “Dinner with the Duensings.”

The pastrami was so popular with his taste testers that he now keeps a secret off-menu stash on hand. (It’s a very rich dish—so consider yourself warned.) The savory pastrami will satisfy your deep need for comfort deli fare and is served up in a double slider portion on Duensing’s house-made “everything” bread. Add a salad and a few Dot sugar cookies if you must.