The Pitch’s Secret Menu: 715 Restaurant will serve ‘penne rage’ to those in the know 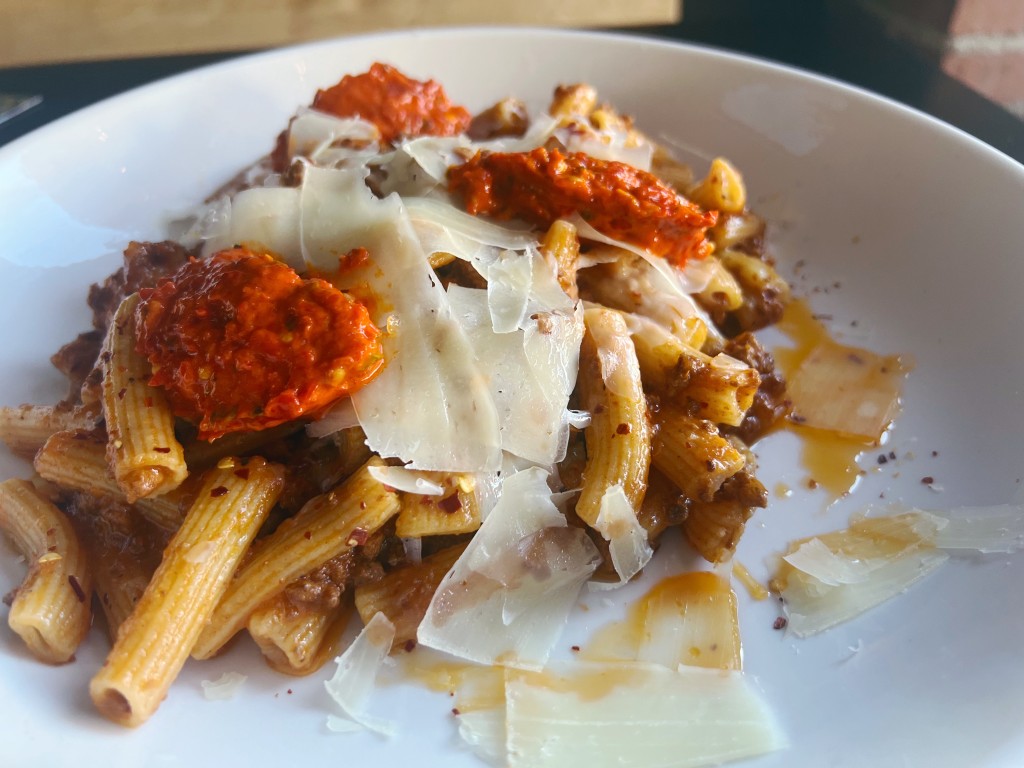 If 715 Restaurant isn’t yet on your summer staycation to-do list, get thee to Lawrence!

The Mass Street favorite offers eclectic fare with a decidedly Italian twist. Matt Hyde, one of the partners who opened the restaurant in 2009, says 715’s longevity rests on a mix of crave-able favorites and new chef-driven dishes, great cocktails, a well-curated wine list, and inspired service. 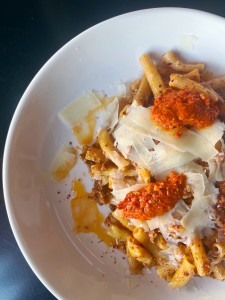 Regulars also are drawn to the staff’s ever-quirky sense of humor, as evidenced on social media. But Hyde credits executive chef Kelly Conwell, formerly of Jax and Stock Hill, for memorable tweaks to the restaurant’s off-off-off menu favorites. If you want these dishes or drink, you gotta be in the know. “We only have so much menu real estate!” Hyde says.

First up, Penne Rage pasta—a crowd favorite that was previously on the menu. “Auto-correct kept changing penne ragu to penne rage,” Hyde says. “It sort of caught on as a joke. Some on social media would even ask: ‘Why is the penne so angry?’ We just decided to go with it!”

Regulars still ask for it and for chef Conwell to kick it up a notch—as in spicy AF! “Kelly wanted to make sure this dish was not just about the heat,” Hyde says. “It’s a delicious penne ragu with lots of depth.”

Looking for an appetizer to share? Or maybe something to just soak up your game day hangover? Hyde recommends chef Conwell’s version of The Fries Who Loved Me. For several years, the restaurant wasn’t keen on having fries on the menu. “But we got over ourselves, and you know, everybody likes a good fry, so why not?” he says. “They’re fun, nostalgic. If we were going to have fries, we wanted to do them the right way.” 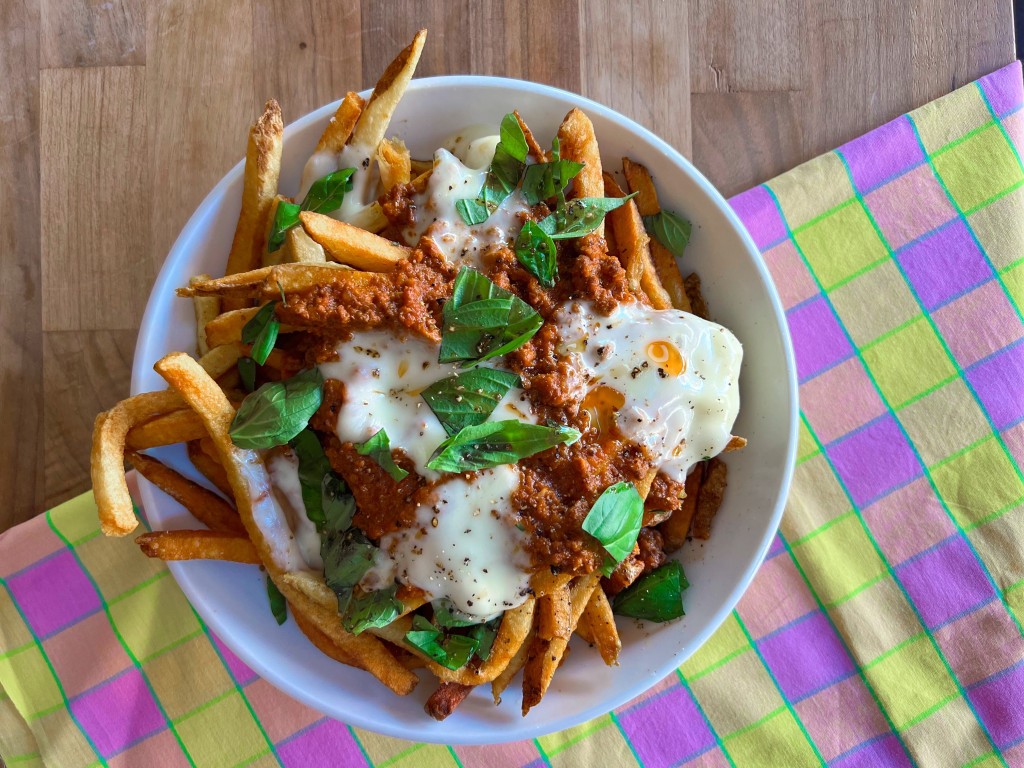 Hyde brags that 715’s fries are some of the best around—if you know to order them. “They were on the menu before Kelly got here, but she has preferred a different level of doneness,” he says. “A little less dark.”

Hyde and chef Conwell enjoy the thunk-thunk of the potatoes being cut in-house. Her gourmet fries are soaked in water, air-dried, blanched in oil, then fried to order to create a baked potato-like interior with a great, crispy brown exterior. You won’t find an organic or house-made version if you want ketchup. “I’ve tested more than 100 ketchups and Heinz is the best,” Hyde says.

Finally, if you’re craving a libation, 715 offers a hidden Rosé tallboy. “We’re not a brewery, but we have lots of great wines, so I created the rosé tallboy—not to replace beer but to promote rosé,” Hyde says. “It’s the perfect summer quencher for drinking on the patio. Plus, Kelly loves rosé!” 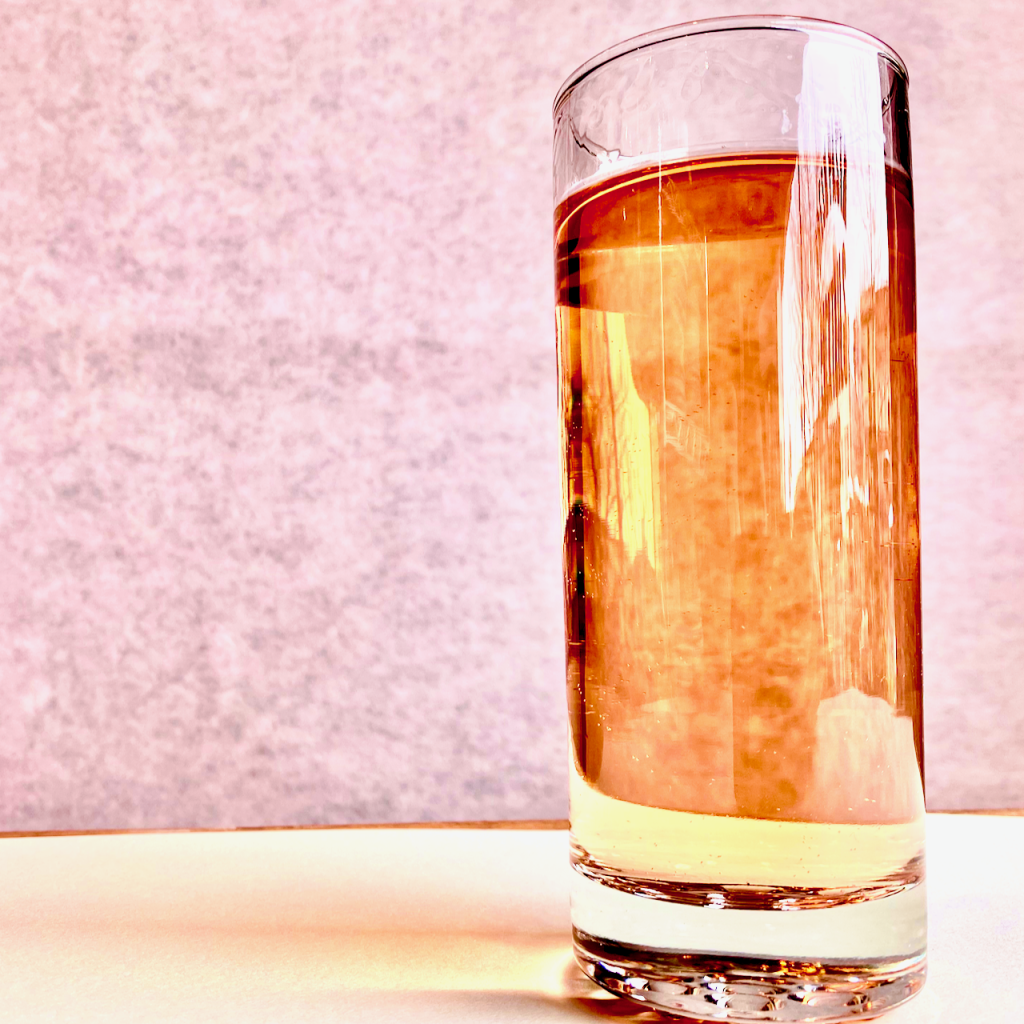 ROSÈ TALLBOY $12.98 10oz of dry french rosè goodness served up in a collins glass filled to the brim.