Welcome to the wonderful world of pandemic recovery. Since we’ve all been reeling from hand sanitizer stress, face mask maintenance, and vaccine vendors, it’s time to bring some fun back to our, now greatly appreciated, lives.

Despite all, never fear gentle readers, for The Pitch is here. Now, get out of this introduction and check out all of the cool events, exhibits, shows, and media spectaculars in the Summer Guide. Let’s go hard in the paint, together.

The art-focused gathering takes place on the first Friday of every month. Highlighting up-and-coming artists, installations, and galleries, First Friday is a great opportunity to dive into local art demographics. Not going for just the art? That’s fine. Enjoy some local eats and drinks during your visit. With all your basic human needs fulfilled, First Friday is never an event to miss.

Although the skies are typically inhabited by jets coming in and out of KCI Airport, on Aug. 22 hot air balloons will be taking priority. The National WWI Museum and Memorial will be hosting its annual Great Balloon Glow. Even with the main attraction in the air, there will be plenty of activities down on the ground. With local food vendors and live music, the affair will cater to all age groups. 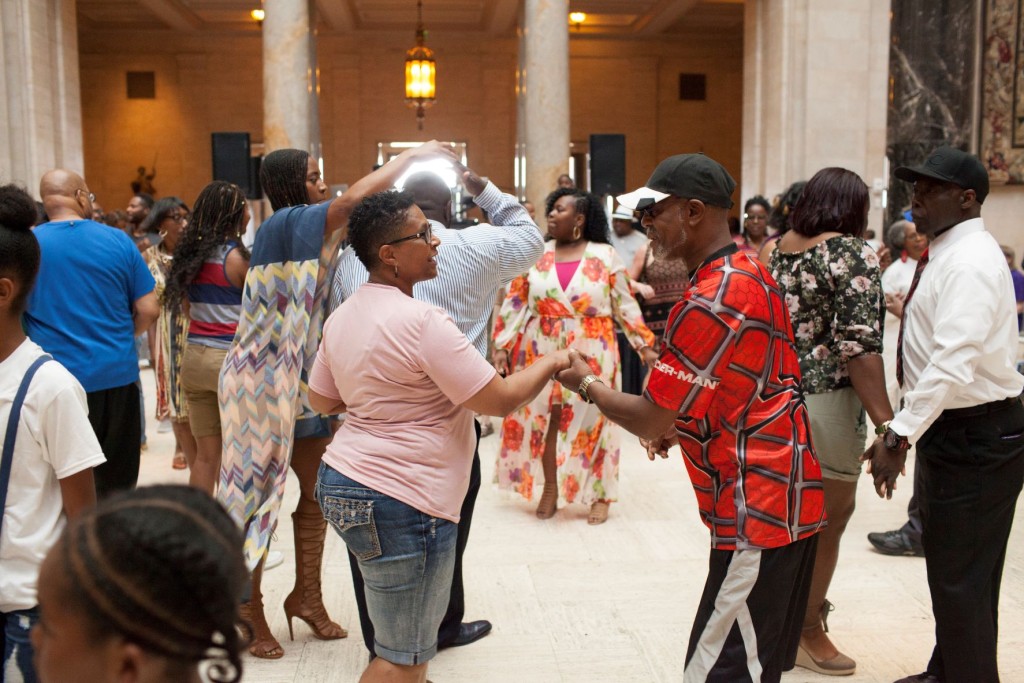 Begins at Benton and 18th Street

The Nelson-Atkins Museum of Art

The Nelson-Atkins Museum of Art is opening its doors to celebrate Juneteenth, and it isn’t letting a second go to waste. The event is poised to be an all-out examination of art and culture that holds a lens to work like Charles White’s Goodnight Irene.

Artist Anthony High will also be on location to discuss the artistic process as others create Juneteenth crafts and explore additional related resources.

The top-level activities are appetizers for a main course of performances from the likes of Shinique Smith and the Kansas City Friends of Alvin Ailey. The latter will perform I Want to Testify, an act choreographed in part by Tyrone Aiken, while the former has created a performance comprised of local talent.

**Admission to the Nelson-Atkins Museum is free of charge, but non-members must reserve tickets in advance. 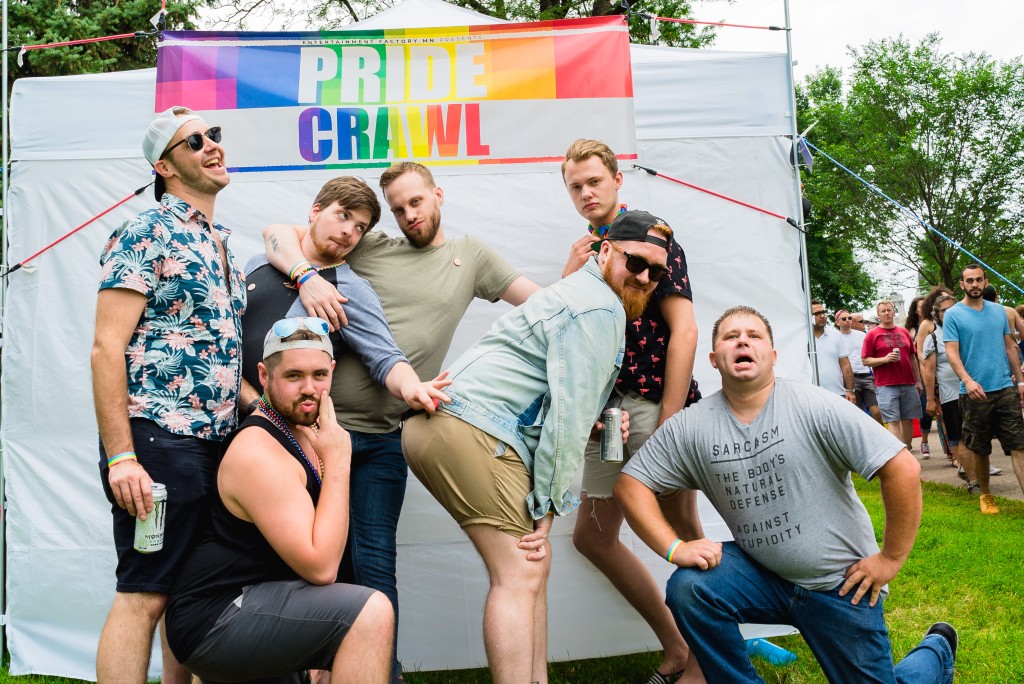 A Pride Bar Crawl is set to take place in Kansas City June 18. // Courtesy of Crawl With US

Making History: Kansas City and the Rise of Gay Rights – an Exhibit and a Response

Out With the Royals

Pride in the Park 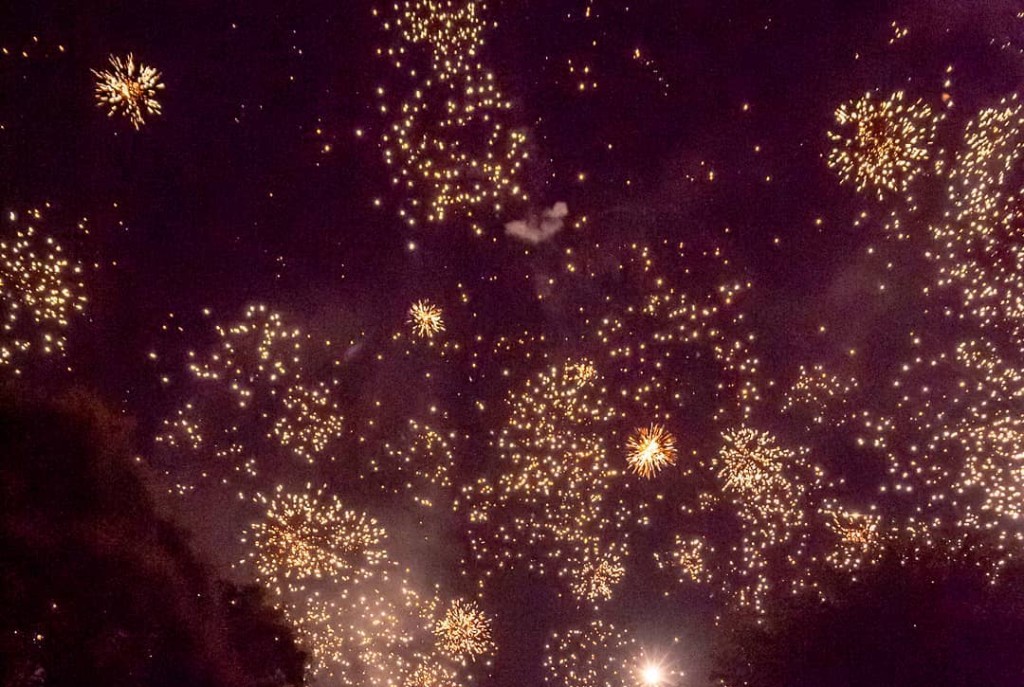 Fireworks in the neighborhood. // Photo by Jim Nimmo

Osawatomie’s Lights on the Lake

4th of July Celebration at Worlds of Fun 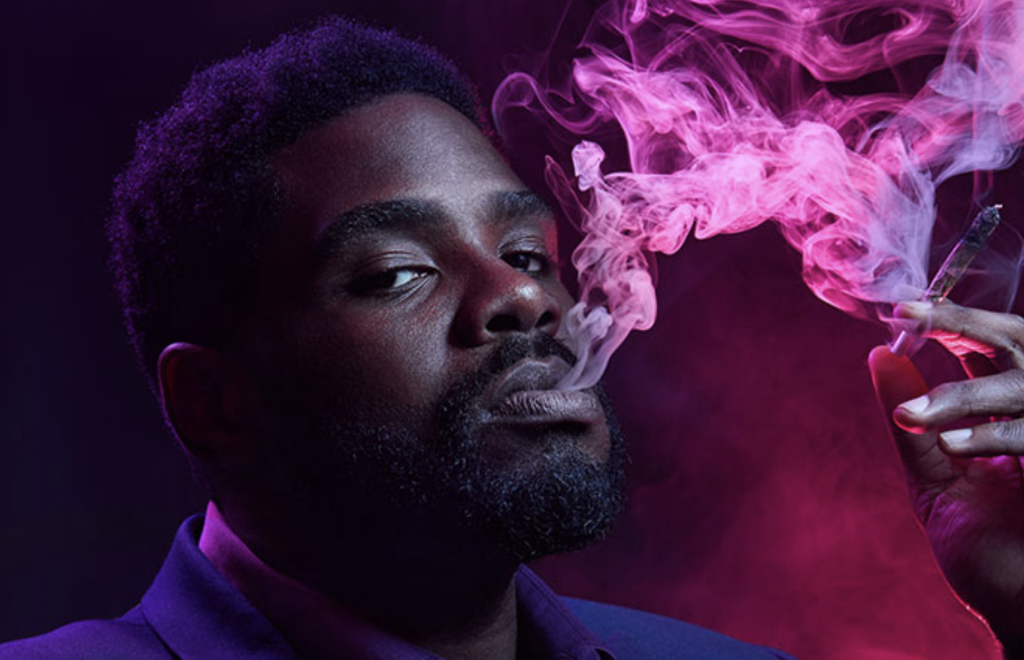 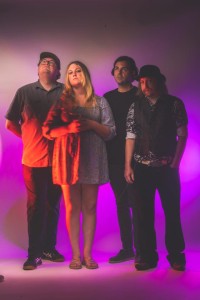 Three years ago, Kansas City garage rockers The Creepy Jingles released its self-titled debut EP with local label High Dive Records. In the intervening time, the band has become a staple of live shows around the region, playing on bills with artists as disparate as rapper Cuee and country singer-songwriter Jenna Rae.

They even opened the release show for Frogpond’s comeback album, TimeThief. Now, The Creepy Jingles have put out its debut full-length album, entitled Take Me at My Wordplay, also on High Dive, and it’s a massive step forward from the band’s first recordings.

Candlelight: From Bach to The Beatles, The Gem Theater

Alice in Wonderland, The Coterie

Murder By Death and Amigo The Devil are coming to Lemonade Park Aug. 9 for an evening of music that will shake your soul and push you through the rest of the week. On one hand there’s the former—a sextet of musicians dedicated to earth-moving rock and Americana that’s carried on the back of low vocals.

Murder By Death postures itself as a band for people who like “eerie, old things,” but that has never stopped it from attempting to push its preferred genres forward.

Then there’s Amigo The Devil, a project that has metal and country holding hands in a way that perfectly complements Murder By Death’s atmosphere. The artist—driven solely by the twisted mind of Danny Kiranos—brings tantalizing tunes that often border on downright spooky, but they remain as foot-tappers all the same.

From live-action appearances in shows like A.P. Bio and Black-ish to lending his voice talents in Bob’s Burgers and Adventure Time, Ron Funches has built a comedic career strong enough to make his upcoming weekend at The Comedy Club of Kansas City a must-see.

His stand-up performance is scheduled to keep things light with shows starting Aug. 11 and ending Aug. 13. Funches offers more than a pretty face (and voice), though. With writing credits on The Eric Andre Show and Nick Kroll’s Kroll Show, Funches’ comedic talents have been more than proven.

Soft-spoken indie rock duo Wet Leg is hopping across the pond to pay a visit to The Truman September 9. If you’re unfamiliar with Rhian Teasdale and Hester Chambers’ off-kilter act of fun jams, it might be because their first single, the muffin-buttering “Chaise Longue,” is just barely a year old.

A full-on, 12-track, self-titled album eventually launched in April of this year, revealing the group’s audacity to the world. Every song is its own peek into the minds of two England artists bonded together by the very friendship that graces the record’s cover.

Later this year, Kansas City has a chance to join in on Wet Leg’s introduction to the world. Tickets start at $22 if bought beforehand but cost at least $25 the day of the show. The doors open at 7 p.m., with Wet Leg set to take the stage at 8 p.m.

Next of Kin, Screenland Armour Theatre

Bargain Bin Film School’s relative claim to fame is that it’s the only non-accredited film school in the Greater Kansas City area and it is led by someone who has taken a singular film class. What better way to explore the absurdist Daisies than alongside a class of amateur film students? The showing is at 7 p.m. June 15 and proof of vaccination or a negative Covid-19 test within the past 48 hours is required.

Father of the Bride, HBO Max

Marcel the Shell with the Shoes On, Theatrical 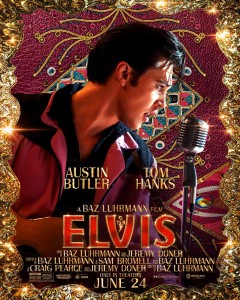 All right hound dogs, throw on your blue suede shoes, and mentally prepare for burning love. In this upcoming biopic, the King will finally make his return to Hollywood and our ear canals.

Also making his return is Baz Luhrmann, director of The Great Gatsby and Moulin Rouge! Actors Austin Butler and Tom Hanks, are sure to garner even more attention for the film as if the title Elvis wasn’t enough. Covering Elvis’ rise to fame, the film will hit theatres on June 24.

Minions: The Rise of Gru, Theatrical

Hello, Goodbye, and Everything In Between, Netflix

Jordan Peele is up to his directing mastery once again with the upcoming release of Nope. Better known for cinematic greats like Get Out and Us, Peele has yet to disappoint theatres. On July 22, viewers will be thrown into a mix of sinister cinematography, as the movie follows the caretakers of a house and their devious discoveries. For some, the movie might really make you say nope however the director’s fans are already screaming hell yeah. 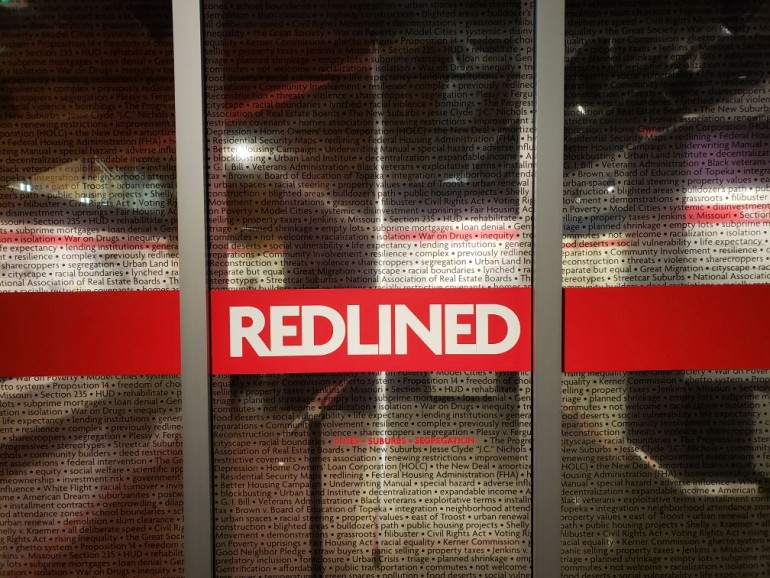 Union Station hosts MAYA: The Exhibition. Opening July 13, the collection highlights the innovations and legacy of the ancient civilization. Starting daily at 10 a.m., visitors are free to immerse themselves in the artifacts and their history, well at least until 5 p.m. While boasting over 300 items, almost any object is more than likely to pique interest. Adult tickets start at $19.50, while children’s are $14.50, and group admission ticket prices can be found on Union Station’s website.

The Johnson County Museum’s latest special exhibition, Redlined, offers an in-depth analysis of a 90 year-old racist practice and how it still affects Kansas Citians today. Johnson County Museum Director and Historian Mary McMurray says Redlined’s message is crucial for those who hope to have a better grasp on the history that surrounds us.

“Our dream for the museum is to spark an interest in any part of our history and leave people inspired to want to learn more,” McMurray says.

Redlined is available to experience until Jan. 7, 2023. Adult tickets start at $6. The Johnson County Museum will also soon host several “free days,” where anyone is welcome to visit at no cost. The currently scheduled 2022 free days are June 11, Sept. 17, and Nov. 23.

Featuring an artist who has become so beloved he’s now considered “mainstream,” the Immersive Van Gogh Exhibit uses colored lights and a swelling soundtrack to walk viewers through some of the artist’s most impressive paintings during its approximately 35-minute runtime. 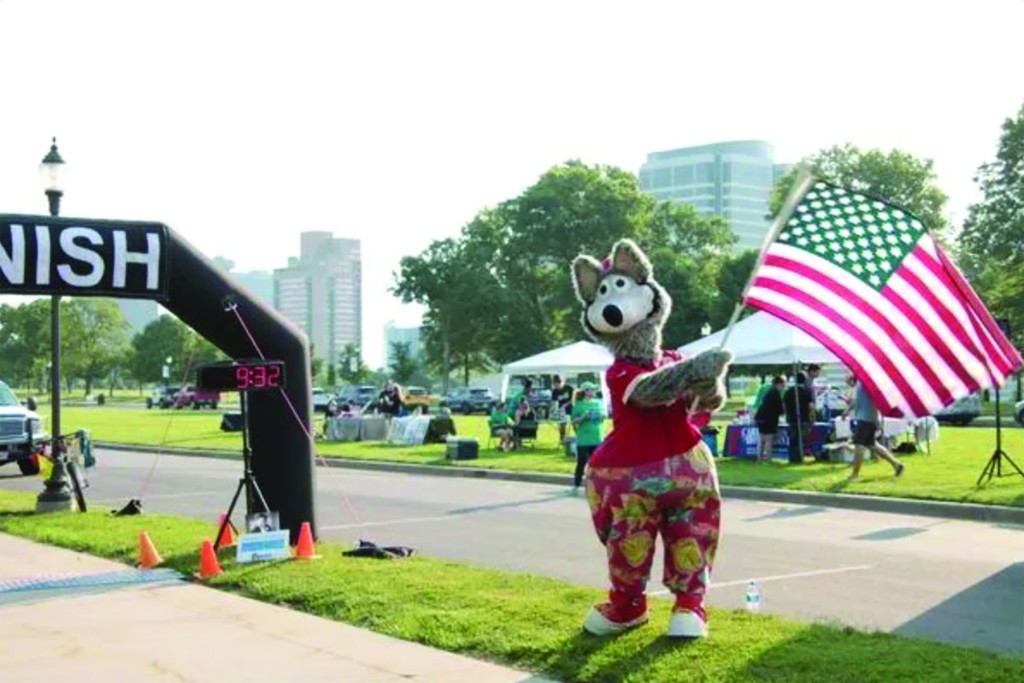 Will You Walk With Me, WWI Memorial

This is a 5K marathon from Caregivers on the Homefront, and it has one primary goal: raise awareness of veteran and first responder suicide. The fourth annual walk takes place June 18 both in person at the WWI Memorial and virtually, with those who sign up receiving a race t-shirt, race bib, and medal.

Additionally, a number of local beloved acts like Hembree and Blackstarkids also have prime placements in the daily lineups. And even if you’re not much of a music lover, Boulevardia will feature an array of foods and beverages to enjoy.

With a variety of different packages to choose from, two-day passes begin at $60, and individual  day admission starts at $35.