The most famous urban garden in the world 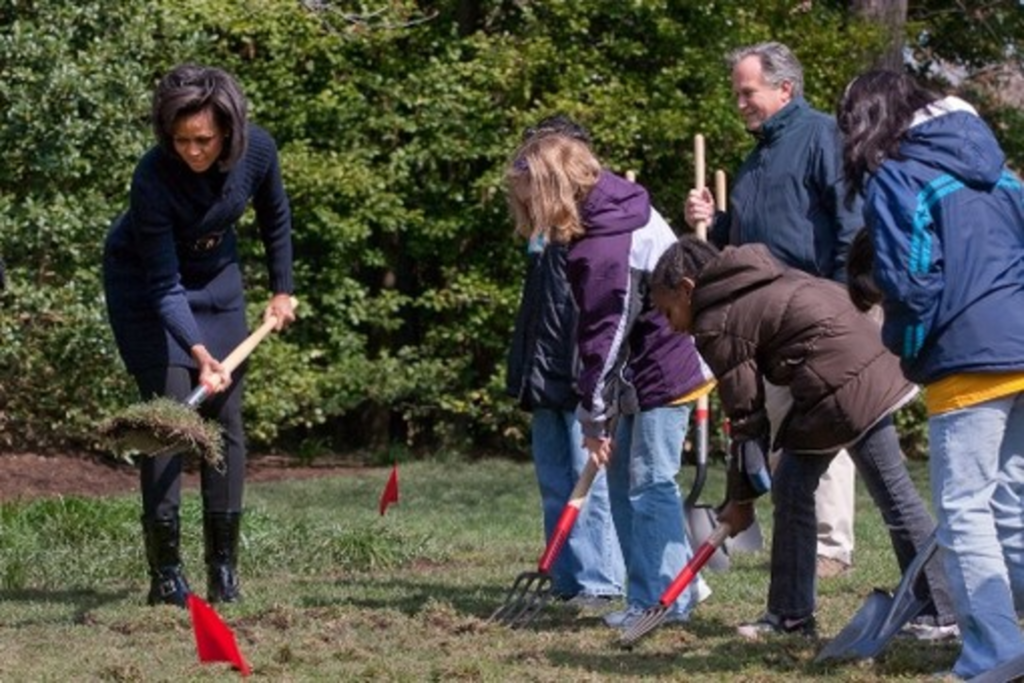 What started as a request by Michael Pollan in October has turned into reality. In October, the food author wrote an article specifically asking then-president-elect Obama to build a garden at the White House:

House lawn will be controversial… the

South Lawn is one of the most beautiful in the country. But imagine all

the energy, water and petrochemicals it takes to make it that way… as deeply as Americans feel about their

plot of American land productive, especially if the First Family gets

out there and pulls weeds now and again, will provide an image even

more stirring than that of a pretty lawn: the image of stewardship of

the land, of self-reliance and of making the most of local sunlight to

feed one’s family and community. The fact that surplus produce from the

be offered to regional food banks will make its own eloquent statement.

Last Friday, Michelle Obama put shovel to dirt and started a garden on the South Lawn, right where Pollan said one would be perfect. The New York Times, which ran Pollan’s article, acted like a proud parent and featured the garden on the front page of both the Friday and Saturday newspaper.

Neither Michelle nor the school children helping her made much headway. But as Michelle and the gardeners keep working, the results will be an urban garden to set an example for the rest of us, with 55 varieties of fruits and vegetables and herbs. The family should always have lots of greens through the summer with arugula, butterhead, red romaine and oakleaf lettuce. White House mojitos will certainly be refreshing with mint from the garden and dessert will favor rhubarb pie. There’s also blueberry, raspberry and blackberry bushes hidden in the far north corner.

The seeds for all the plants cost $200 but the savings on the food will be many times that. (Yes, the president does have to pay for his own food which often leads to sticker shock.) What immediately struck me is that the two things you really need for a good garden are effort and time. Until Michelle’s husband can turn the economy back around, there are millions of people out there who have both and could be tending their own gardens to keep them busy and save money. Then, when things get better, recessionary gardens can become victory gardens.