The land of the gyro, no matter how you pronounce it 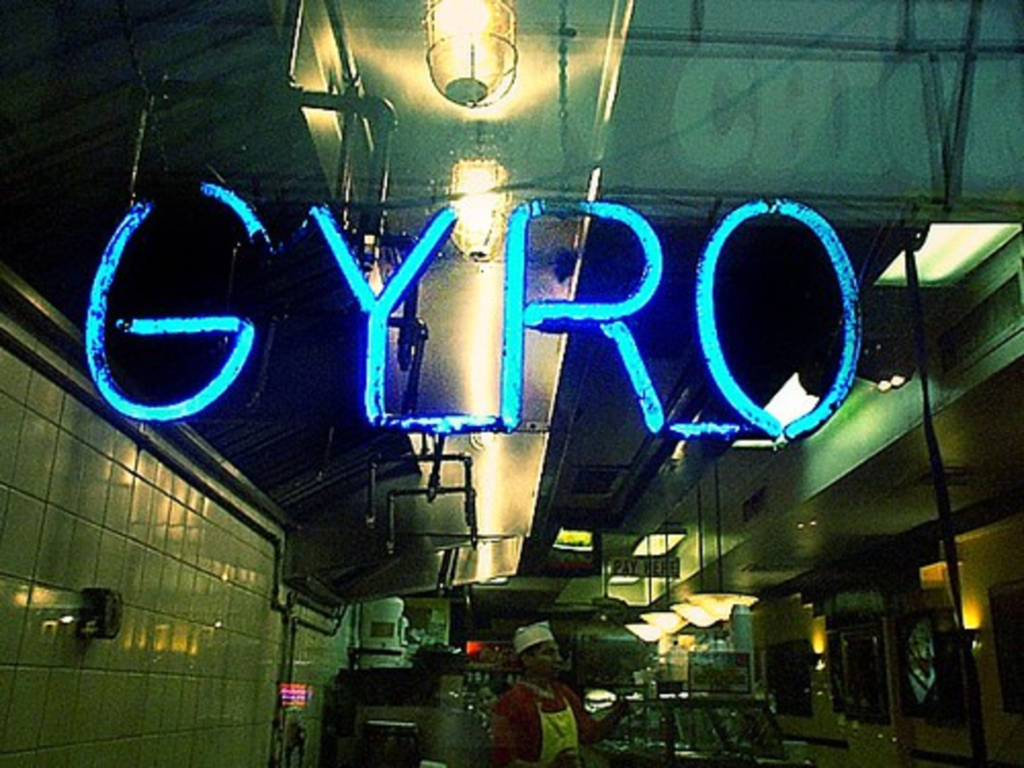 Where does gyro meat come from? If you said Greece, try again. The world’s largest manufacturer of gyro cones — the ubiquitous cylinders of pressed meat in every Greek restaurant — is in Chicago. In fact, all the gyro producers are in Chicago.

The New York Times had an article yesterday on the first gyro kings and how they made the food a dietary staple in the late ’70s:

“We didn’t have a distribution deal in the early days,” said [Gyro’s Inc. owner] Mr.

Parthenis…. “So the first gyros

ever shipped out of Chicago we put on a Greyhound bus, headed to

Atlanta. Frozen in a double corrugated box, with the luggage.”

The point of the article is that while the economy is hurting, gyros are experiencing a resurgence. The perfect meal for people who suddenly don’t have a lot of money but still crave somewhat exotic food, they’re like the 21st century hot dog.

And like hot dogs, it’s probably best to not know how gyros are made — but the story goes into detail anyway.