The Humdinger: Stand in line to get in, baby 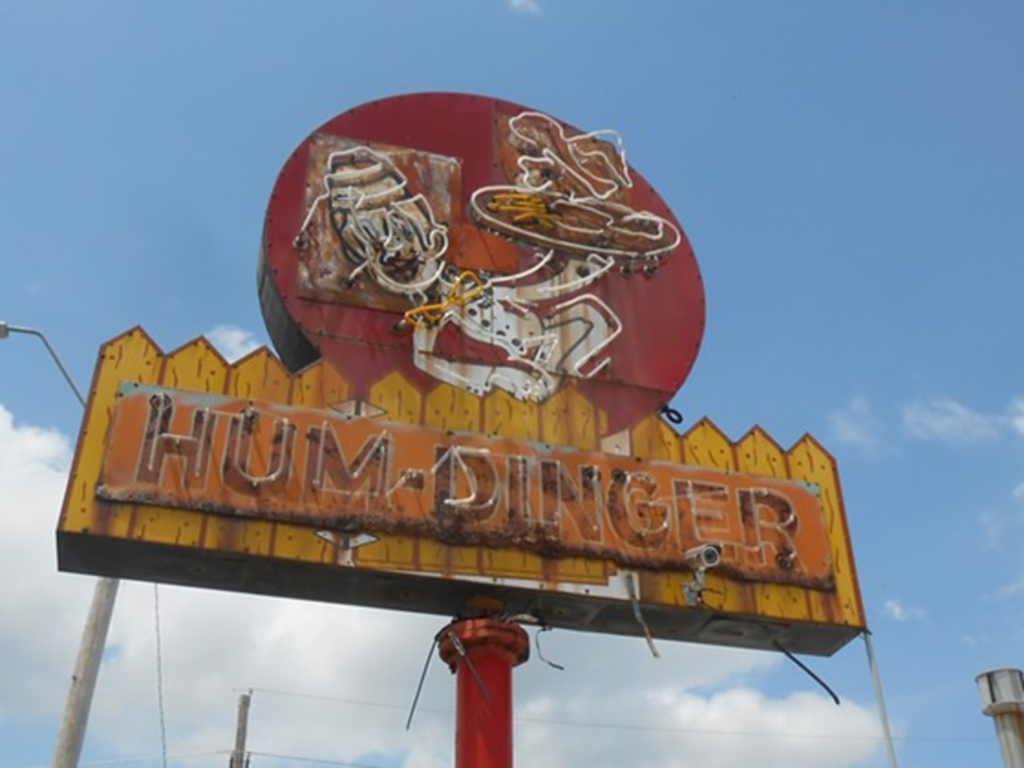 This hot afternoon called for a cold milkshake. Not one of those bland boring (and probably chemical-laden) shakes at one of the conglomerate fast-food restaurants, but something a little more eccentric. Maybe a pineapple milkshake or a pina colada version. The 51-year-old Humdinger Drive-In at 2504 East Ninth Street (it’s between Olive and Prospect) serves those flavors every day, along with banana, chocolate, strawberry, vanilla, and bubble gum.

At noon today, it was standing-room-only inside one of the last drive-in restaurants left in Kansas City’s urban core (Harold’s Drive-Inn at 1337 Admiral Boulevard, dating back to 1958, is the other); neither has a drive-through window. You park, get out of your car, go inside and order at the counter.

The line was long enough at the Humdinger that I had plenty of time to peruse what may be the very longest drive-in menu in the city.