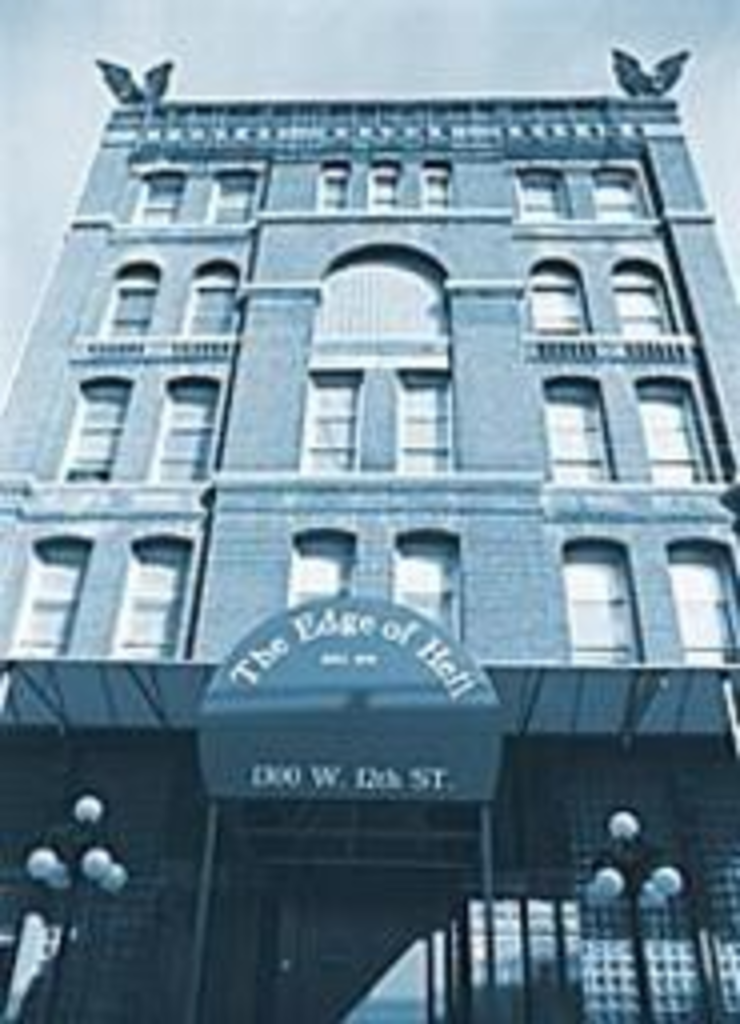 Holidays have become quite an industry. So much so that months before these one-day events (which pay homage to, most often, Christian icons), businesses, distributors, and enthusiastic decorators alike begin displaying money-making and money-taking holiday gadgets. Easter displays go up days after Valentine’s Day; Christmas displays go up immediately following Halloween; and Halloween, well, at least under the 12th Street bridge, begins this weekend.

That’s because Monty Summers loves Halloween and he loves scaring people. In fact, he has been in the business of scaring people his entire life. The 32-year-old is the creator and founder of two warehouses of terror — The Edge of Hell and The Beast — that he and his family members began when he was only 13. But he started his fright work long before that.

This master of mayhem grew up in the Lake of the Ozarks, which was full of places for the young Summers to develop his scare tactics. He has many fond memories of shocking people. One of the best times, he says, was before he and his family ever got into creating haunted houses.

“My grandfather has a cave on his property, and people would come and tour it,” he recalls. “Once, a church youth group was coming, so four of us from the family rolled in the mud and pulled hair out of an old deer hide and stuck it to the mud. We got down inside the crevices into the cave and hid. The youth group came in and were crawling over the top of us, and none of us were saying anything. But when the last guy got in the cave, we started jerking ’em down into the crevices. You’ve never seen so many scared, cussing, pleading youth group kids.”

Another story involves burying one of his cousins neck-high in the dirt, smashing lightning bugs all over his face, and then luring others to stumble onto the sight after about 20 minutes of ghost stories.

That love for inflicting fright soon became his bread and butter. “I know that at some point I have wanted to do other things, but I’ve been very fortunate to do what I wanted to do. We made a business out of nothing and have given something very unique to Kansas City. Nowhere in the country is this industry this good,” Summers says.

These haunted houses, however, are more than the average Jaycees-sponsored event, in that they involve theatrical productions.

“If you’re thinking it’s not for you, you’re wrong,” he says. “It’s just like theater, but we make it as real as possible. When I go to the average theater, it’s kind of dry and boring. There are good ones, don’t get me wrong, but at least try to make it more real. Which is what haunted theater does.” Plus, he adds, this is an interactive experience visitors will never forget.

A trip to The Edge of Hell or The Beast is an almost overwhelming sensory experience. No matter the age of the thrill-seeker, it is inevitable that those who make it through find themselves in awe of Summers’ creations, such as the live anaconda, the five-story spiral slide, the swinging bridge, and the perceived loss of time and reality. It’s an endorphin rush that would be illegal if it were in any other form.

Before entering either of the haunted houses, patrons see warnings posted in dozens of places. One might wonder whether these are meant to be taken seriously or if they are a prop, part of the manufactured fear factor. The warning reads: “All patrons assume all risk and danger incidental to The Edge of Hell before, during, or after the tour.” Summers is emphatic that this is no joke. “These warnings are very serious. If you’ve got physical disabilities, you just don’t need to come. It’s to scare people — if you have heart problems, if you’re pregnant, it’s just no place for somebody who’s got any sort of physical concern. It’s for people who are young at heart. You’re on swinging bridges, things are jumping at you, there’s a five-story slide; it’s pretty physical.”

But visitors shouldn’t worry that they can’t quite make the cut. “Every year, there’s usually five people a night that we have to take out. It happens a lot. They just get scared, and I think it is a compliment. Some people, their nerves get a little shattered,” Summers says. He adds with a chuckle, “We just take ’em out.”