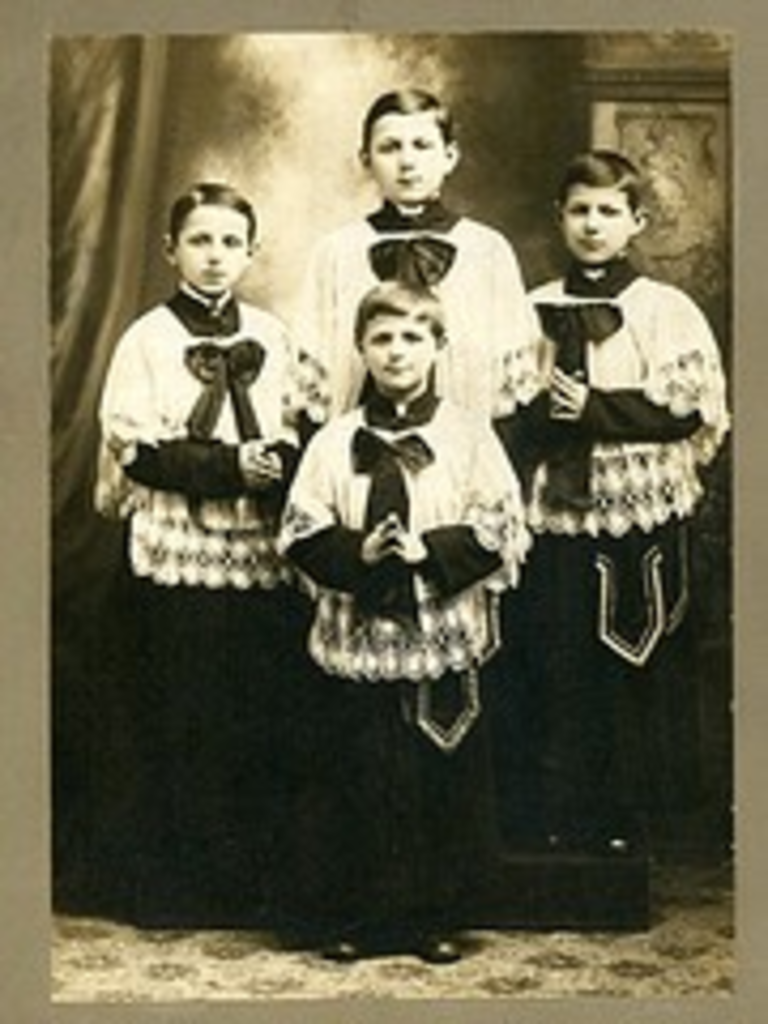 I’ve got a confession to make: I was still just an adorable little tot in the early 1960s, but, yes, I was around before the dramatic changes from the Vatican II Council made it possible for observant Catholic families, like mine, to eat meat on Fridays.

Not just Fridays during Lent, of course, but all those other Fridays. Since my mother was neither a Catholic nor an especially good cook, the restrictions of meatless Fridays meant culinary chaos in her kitchen. Her meatless repertoire was limited to macaroni-and-cheese (the frozen kind from Stouffer’s — she never made it from scratch), frozen fish sticks baked off in the oven and served — I cringe to even admit this — with ketchup, and pancakes, but only occasionally, since my father detested breakfast served as an evening meal; it was un-American, as far as he was concerned. I remember spaghetti in tomato sauce without meatballs and a game attempt at frying “fish and chips” that didn’t turn out so well.

Later, after Vatican II, we happily ate steak and meatloaf on Fridays. Until the period of Lent. And then the old kitchen troubles started up again. By this time, though, my old man had wised up and decided it was better for the whole family to go out to eat during Lenten Fridays. The first choice was always a cafeteria. Cafeterias then, as now, typically serve baked and fried fish and sometimes even salmon croquettes. And lots of side dishes that kids would happily eat, including mac-and-cheese, corn, green beans and mashed potatoes without butter instead of gravy.

Since I still observe Lenten traditions, I’ve been known to frequent one of the classic classic cafeterias in the area, the Piccadilly Cafeteria, at 119th and Metcalf during these holy days of obligation. And if I haven’t also given up gambling as a Lenten sacrifice during this introspective period between Ash Wednesday and Easter, I might venture into one of the well-stocked buffets at the casinos. It’s very easy to pile a plate with non-meat dishes there, especially the elaborate buffet at the Ameristar Casino, which has decent Chinese, Mexican and Italian fare too.

Fat City blogger Owen Morris has written a post today about all kinds of fish options for Lenten observers, but I’ve gone to one too many parish fish frys, shrimp suppers, and such over the years and — at the risk of burning in the fires of hell — I’d rather eat elsewhere. I prefer more creative meatless fare. I mean, if I can’t have a Friday night cheeseburger, I can eat a damn good veggie burger at Eden Alley — or any number of other inspired dishes. I once had a vegetarian “Reuben” sandwich there that was almost as memorable as the real thing from the greatest delicatessen in the Midwest.

My other favorite no-meat meals? The macaroni-and-cheese at Cafe Trio, any of the meatless dishes at Korma Sutra, the spicy tofu at Bo Ling’s, the lunch buffet at New Cafe Tandoor  and the grilled cheese-on-rye at Winstead’s.

But I’m always open to other suggestions.