The Fix brings carnivore-confusing cuisine to 31st and Cherry 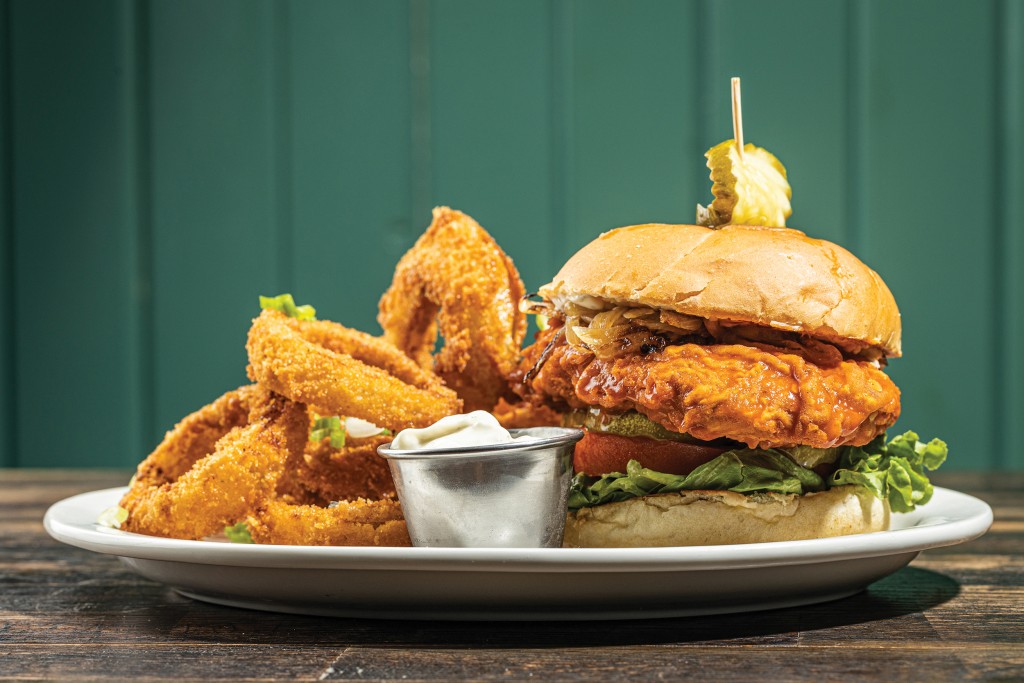 I’ve been thinking about that old joke about vegans—you know the one. It might as well be the only one, because I’ve heard it about as many times as the national anthem.

My USDA-prime-beef with the joke isn’t that it’s hacky and predictable—though it is, to be clear, both of those things. It’s that it’s just not accurate.

Vegan diets are growing in popularity, but the branding’s gotten stealthier. When The Fix opened at 31st and Cherry in January 2020, “vegan” was noticeably absent from the menu even though the restaurant served no animal products. A few months later, the sisters behind food truck Mattie’s Vegan Eats dropped “vegan” from their name to open a Brookside brick-and-mortar, Mattie’s Foods. No one seems to want to be “vegan” anymore; if they take a label at all, it’s “plant-based.”

Swarts has been a fixture in the local animal rights community for a while—he directs the nonprofit VegLife KC as well as VegFest KC, the annual (until COVID-19) plant-based food and lifestyle festival.

“I don’t consider [The Fix] a vegan restaurant, just a restaurant that serves comfort food. The idea is for people to come in and not feel like they’re doing something that’s different.” 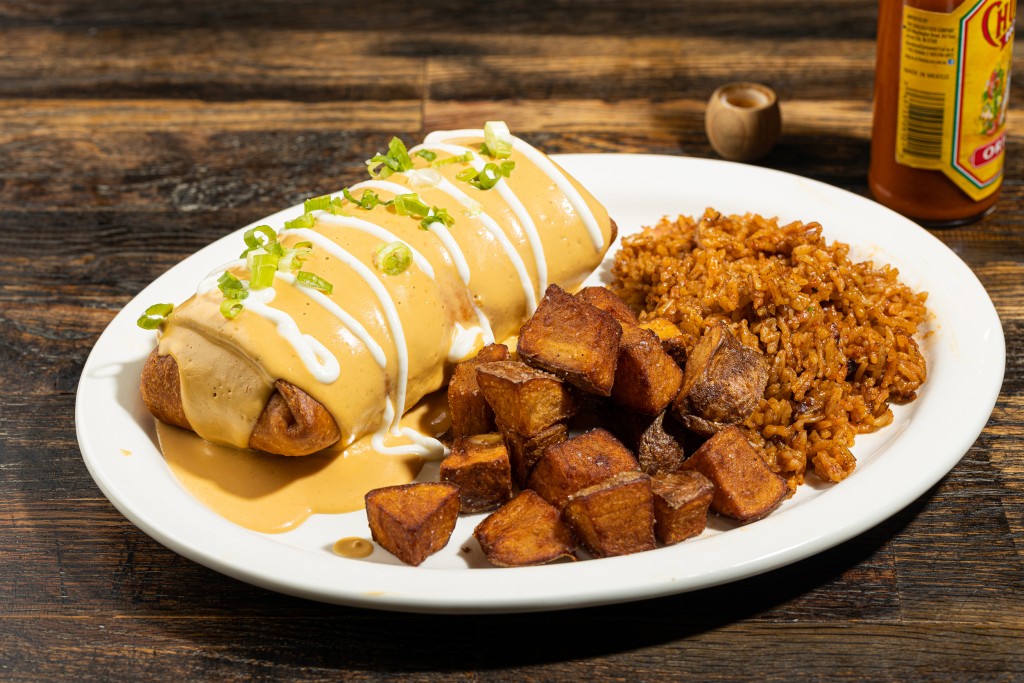 To be fair to Swarts, some of the dishes at The Fix might credibly confuse a carnivore. The biscuit in my half-order of biscuits and gravy ($5; $10 for a full order) was overly dense, but the caramel-colored gravy was silky and peppery; I didn’t miss the sausage. Still, I don’t recommend adding the faux-sausage crumbles for $1, which provided minimal flavor and the texture of wet popcorn.

The fried chicken sandwich I tried ($16) was a dead ringer for an engineered, fast food “chicken patty.” At The Fix, the non-chicken is made in-house from a blend of wheat gluten and tofu, and fried until the craggy breading takes on an auditory crunch. You can order it coated in barbecue or buffalo sauce, and I recommend the latter: The mild, tangy buffalo sauce provides a welcome base for the restaurant’s dill-heavy house ranch and thick, snappy pickle slices. And though the price tag is a little high, the sandwich is enormous and comes with a treasure horde of salty, house-cut fries. It’s a strong contender in the city-wide fried chicken sandwich wars, vegan or no.

Still, I wondered how many vegan diners would be aware, just from a quick scan of The Fix’s menu, that they could actually eat here. The first ingredient listed in the fried breakfast burrito ($15) was “meat,” quickly followed by “queso” and “sour cream.” The “meat” in my burrito was Beyond Meat burger crumbles, the “queso” a gooey cashew sauce—but I only know that because I called Swarts to ask. 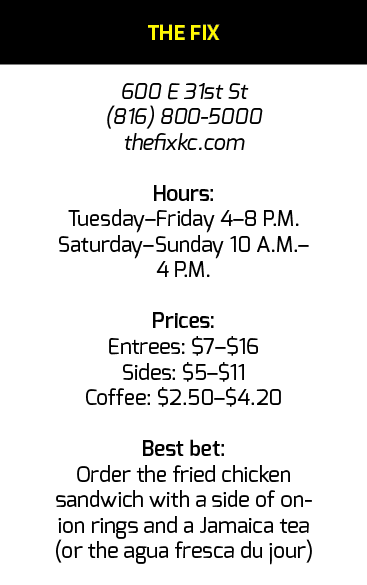 That burrito was frustratingly close to perfection. It looked incredible, because of course it did: It was a planet-sized chimichanga frosted with cashew cheese. But the bean and tofu-egg filling was bland, as were the accompanying sides of fried potatoes and dirty rice. The textures were spot-on; the dish didn’t need anything more than salt, but it needed it everywhere.

Swarts’ version of comfort food leans heavily on the fry basket, and most of the fried sides and starters are well-executed.

The jalapeño poppers ($11) aren’t a perfect dupe for the cream-cheese-stuffed original but are delicious in their own right. Each order comes with three whole, mutant jalapeños the size of a corn dog (and breaded like one). The house-made “almond cheese” filling tasted less like a cheese and more like a toothy purée, but it provided a neutral, fatty balance to the peppers’ heat.

The breaded onion rings ($7) might not win many points for innovation, but they were battered with restraint and seasoned without it—my ideal combination. For an upcharge, you can swap them out for the French fries that come standard with many sandwiches. You should.

Not everything here is fried, but maybe it should be. I had high hopes for the avocado BLT ($12), and it tasted great, but the textures faltered.

The smoked tofu pinch-hitting for bacon was thick and soft; the untoasted Kaiser roll was also thick and soft; and the slippery combo of avocado, tomato, and thousand island dressing quickly deconstructed the sandwich into its constituent parts. 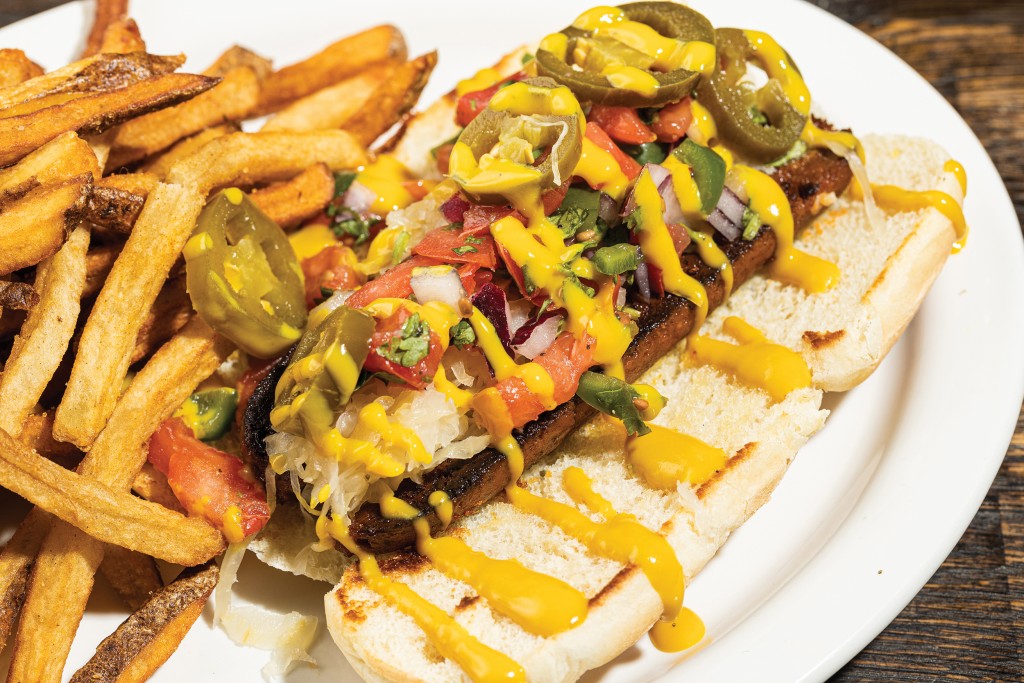 The well-traveled dog with fries. // Photo by Zach Bauman

The “well-traveled dog” ($12; a rotating special) was less messy, even though the plant-based sausage had been split in half and filled with every condiment in the kitchen: honey mustard, sauerkraut, jalapeños, tomato, green bell pepper, onion, cilantro. That combo worked—and the plating was fun—though the Field Roast-brand sausage didn’t bring much flavor to the party.

The Fix is counter-service right now and doesn’t serve alcohol but does have a small menu of coffee drinks, Jarritos, and rotating aguas frescas. I liked the Jamaica tea ($4), an iced hibiscus drink with the cocky color and acerbic edge of fresh cranberry juice. You could pass a leisurely evening here just sipping coffee and people-watching at one of the sunny sidewalk tables.

Inside, the dining room is sunny and elegant, combining modern design touches (like a live-edge wood countertop) with original tile work from the building’s former life as a drugstore. It’s also rimmed with plants which here come off less like a Millennial design trope and more like a vegan answer to steakhouses with antlers on the walls.

The Fix’s pleasant vibes and Southern-fried comforts should appeal to vegans and veganism-joke-tellers alike. The restaurant is a worthwhile addition to the city’s growing (and in my view, still underdeveloped) plant-based dining scene. But in an era of increased consciousness about food and food systems, the menu’s lack of plant-based specificity (and aversion to consumer-friendly labels) feels odd. Swarts told me by phone that he likes using easy-to-find products—Field Roast cheese slices, Beyond burger patties, “brands people can grab at the store.”

But hey, if the stealth approach convinces a few skeptics that meat isn’t mandatory? That’s probably a net win—at least from the perspective of promoting animal rights and halting climate change. We’ve got a lot of work to do when it comes to improving a food system (and climate) altered by decades of agricultural and industrial consolidation and exploitative labor practices. There’s no quick fix. 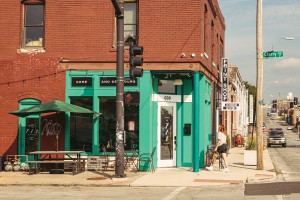 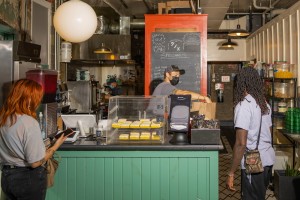 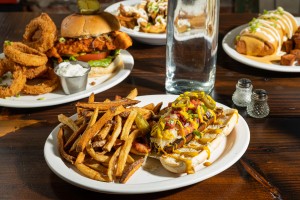 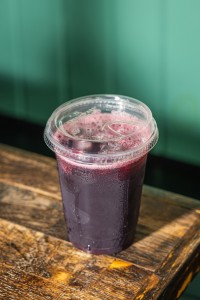 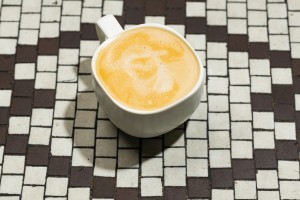 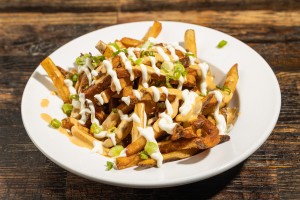 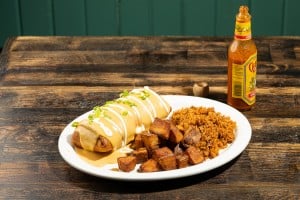