The effect nuggets have on me: on liking, and sometimes not liking, the Oliver 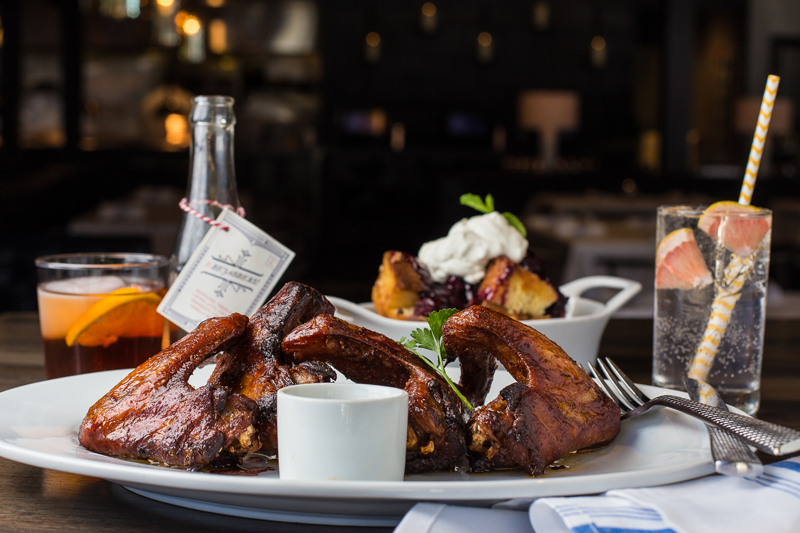 A good restaurant needs a clear vision. This is not the same as a buzzy catchphrase.

Consider “American Cuisine Redefined,” the aspirational tagline of the Oliver. Bread & Butter Concepts’ promising but inconsistent restaurant opened on the Country Club Plaza this past summer — well past the time when U.S. restaurateurs ran out of things to redefine. The Oliver’s menu takes lofty liberties with the lower 48’s cuisine, blending Southern comforts with Latin American entrées, Chinese-American sandwiches and desserts that carry a Schengen Area passport.

That globetrotting ambition haunts the sleek 4807 Jefferson space in the wake of its previous tenant, Bread & Butter’s short-lived, tapas-leaning República. The Oliver comes across as more casual, more local — and masculine to the point of rakishness. The entrance is now dwarfed by a glowing map of historic Kansas City, emblazoned with “I like the effect drink has on me,” a quote attributed to British actor, apparent namesake and vintage chauvinist Oliver Reed. (Perhaps Reed’s “I believe my woman shouldn’t work outside the home” could be framed in the men’s room.) Modern gray walls, caged lightbulbs and broad-shouldered leather couches share space with more traditional refinements: white tablecloths, brass accents, bookshelves that climb toward the ceiling.

The bar program is as polished as the decor. Chalk another win for Scott Tipton, the Bread & Butter beverage director who made nearby Gram & Dun a cocktail destination.

The Cherry Blossom has already made it onto my shortlist for favorite vodka cocktail. The mix is deceptively simple — Bombora (an Australian, grape-based vodka), sour-apple liqueur and black-cherry cane soda — but the drink toes a tightrope between tart and sweet, the flavors gracefully swaying to and fro with each sip. The Namedropper, a gin-and-grapefruit blend sweetened with elderflower tonic, is another highlight.

If you can’t wait for your turn in the cocktail shaker, the Oliver also offers several batched and pre-bottled cocktails, served with candy-striped paper straws. The Summer Babe is a Boone’s Farm kind of girl: harsh, with a strawberry-syrup overtone. But the Bejabbers lives up to the exclamation point that punctuates it on the menu. The negroni riff builds on woody reposado tequila with Cappelletti and orange-cream citrate. 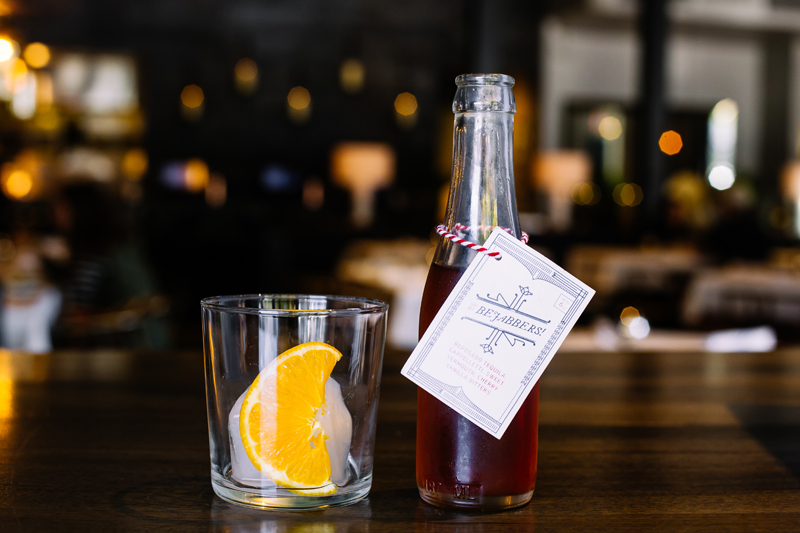 With the bar in mind, I’d say that happy hour is, for now, the way to try the Oliver. The drinks go fine with appetizers that are some of the strongest dishes to be had here. On the evening I ordered the crab cake, it arrived a tempting golden brown, with crisp edges and a soft interior. A tangy celery-root remoulade buoyed, rather than buried, the crab flavor. A plate of hot wings was similarly well-seasoned, and large enough to have been snipped from a hippogriff. Heatheads may find the dry rub tame, but the meat I sampled was tender and flavorful.

Being weary of high-end croquettes and opposed to cutesy diminutives, I expected to hate the unappetizingly named “Pork Nuggets.” But then the damned things appeared, glazed with barbecue sauce and mossed with smoked mozzarella, and I found that the delicate breading — perfectly crisp and imperceptibly oily — was stuffed with shreds of succulent pork confit. The appetizer came garnished with a whole, chubby, charred jalapeño — which I ate, because I am a raccoon person, and which I’d do again because my server kindly reassured me that this was a “totally normal thing to do.”

General manager John Bengimina runs a tight ship. The service on a crowded Friday night was Cinderella-mouse aggressive. I dropped my knife, and a server across the dining room teleported to my table with a clean one before I could clear my throat to ask. Another server tonged hot towels with the ruthless efficiency of a Lufthansa flight attendant the moment a plate of hot wings hit the table.

But this polish, along with the Oliver’s smart style, outshines the food.

Some consistency issues suggest fresh line cooks still learning the ropes. A side of borracho beans was underseasoned on a Friday night but bursting with flavor during a weekday lunch. An order of shoestring fries arrived limp and cool on a sleepy lunch visit, but the same dish was crisp and fresh at a crowded dinner. And the guacamole, which accompanies each of the restaurant’s four taco platters, was well-balanced one meal but, another time, just naked chunks of avocado.

Other dishes are frustratingly close to perfection. The Oliver offers four $15 sandwiches, including the O Burger, a steakburger dressed with crisp bacon, aged white cheddar, caramelized onions and dijonnaise. The one I tried was well-seasoned and cooked to order, but marooned in a dry brioche bun. The Sloppy Joe I tried suffered a similar fate: The meat mixture, comforting and richly seasoned, was nestled taco-style within a chubby baolike bun that was too underdone to stand up to the meat.

Bread seems to be a recurring trouble spot for the restaurant. The Oliver offers three different breads to order with your meal, including cheddar popovers (three for $8) with smoked-bacon butter that, when I ordered them, arrived a handsome golden brown with a good rise. A friend christened her popover “the Channing Tatum of breads,” but the truth of that assessment does no favors: Like Tatum, my popover turned out to be bland, undersalted and undercheesed. (The accompanying butter had visible bacon flecks, but the flavor was too subtle to compensate.)

But the biggest disappointment was the “Roasted Natural Half Chicken.” I couldn’t finish the dish, prompting more than one of my tablemates to ask if I was ill. Again I tell you that I am the garbage person who gnaws the sprig of wasted mint from the bottom of your julep, the ring-tailed ratbear who scrapes the coin of melted cheese from the wax paper after you’ve finished your burger. Yet, for perhaps the first time in my immunocompromised little life, I pushed a nearly full plate away.

The flavors were interesting enough: a smoky chipotle glaze, a roasted-garlic sauce sweeter than it was pungent. But the chicken itself was tough and rubbery, the dark meat dry. A side of sweet-potato mac and cheese showed potential, but the sauce was too thin to coat the noodles and instead pooled at the bottom of the cup.

A few items stand out, hinting at what a few menu revisions could do for the place. I’m thinking of an astringent kale slaw that blessed a plate of attractive but unremarkable white-cheddar enchiladas, and the side of heirloom carrots — fork-tender and beautifully caramelized — that I’d happily order on their own. And the Mongolian pork chops were juicy and generously portioned, with a sharp Chinese mustard sauce to clear the sinuses and add a bitter note to the pig.

The desserts are also solid, including a chocolate chess pie and a limoncello-brioche pudding with blackberries. The latter has a slight edge over the former, with the limoncello crème and fresh mint exquisite touches, bright enough to cut through the sugary jam.

The Oliver is a fine place for an after-work or post–shopping trip cocktail and snack. But to earn its place in the Bread & Butter lineup, the restaurant needs to focus less on redefining American cuisine than on refining its American recipes.

Order a Cherry Blossom and some pork nuggets during happy hour (3-6 p.m. weekdays). If you stay for dinner, try the Mongolian pork chops with a side of heirloom carrots.