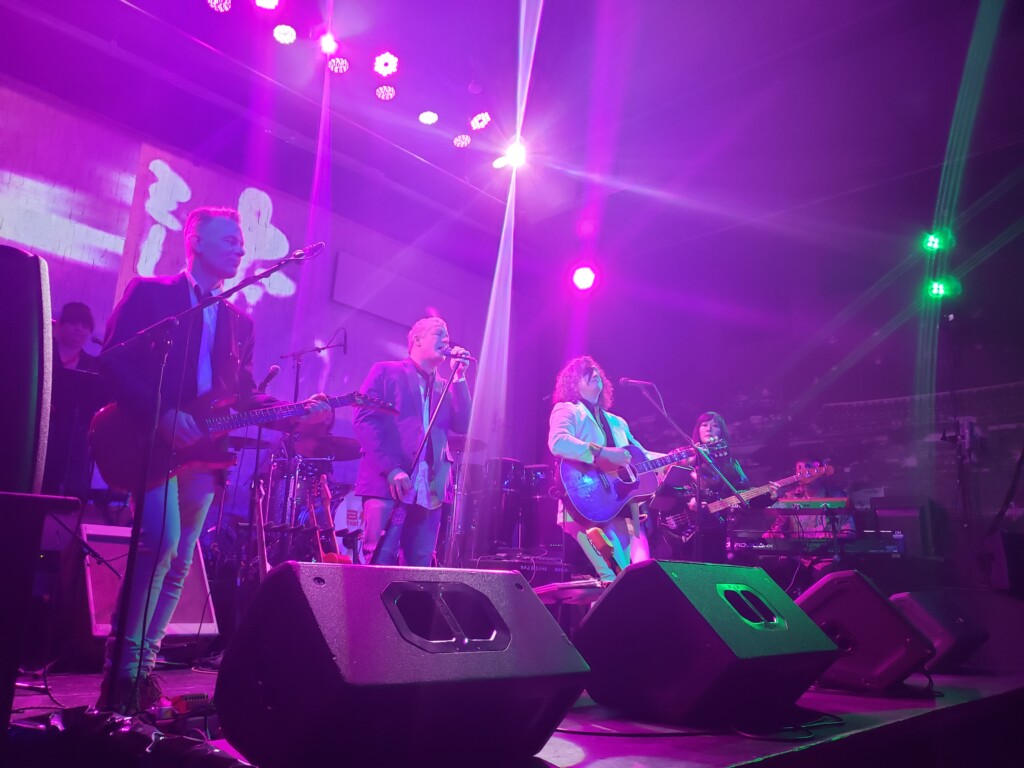 On Thursday, Jan. 19, The Band that Fell to Earth KC performed a sold-out show to a limited audience of 150 at recordBar to kick off their seventh annual David Bowie tribute weekend.

The 13-piece band, featuring guest vocalist and harpist Calvin Arsenia, rocked out to the entirety of David Bowie’s The Rise and Fall of Ziggy Stardust and the Spiders from Mars.

The 12 instrumentalists include Michelle Bacon on bass, Katie Guillen of Katie Guillen and the Drive on slide guitar, as well as an electric cellist, a violinist, a saxophonist, a keyboardist, a drummer, two lead vocalists/guitarists and three backup singers. Calvin Arsenia assisted on harp from the recordBar’s mezzanine level, and he joined the band onstage throughout the night as both a backup vocalist for several songs and as a featured lead vocalist for the show’s finale. 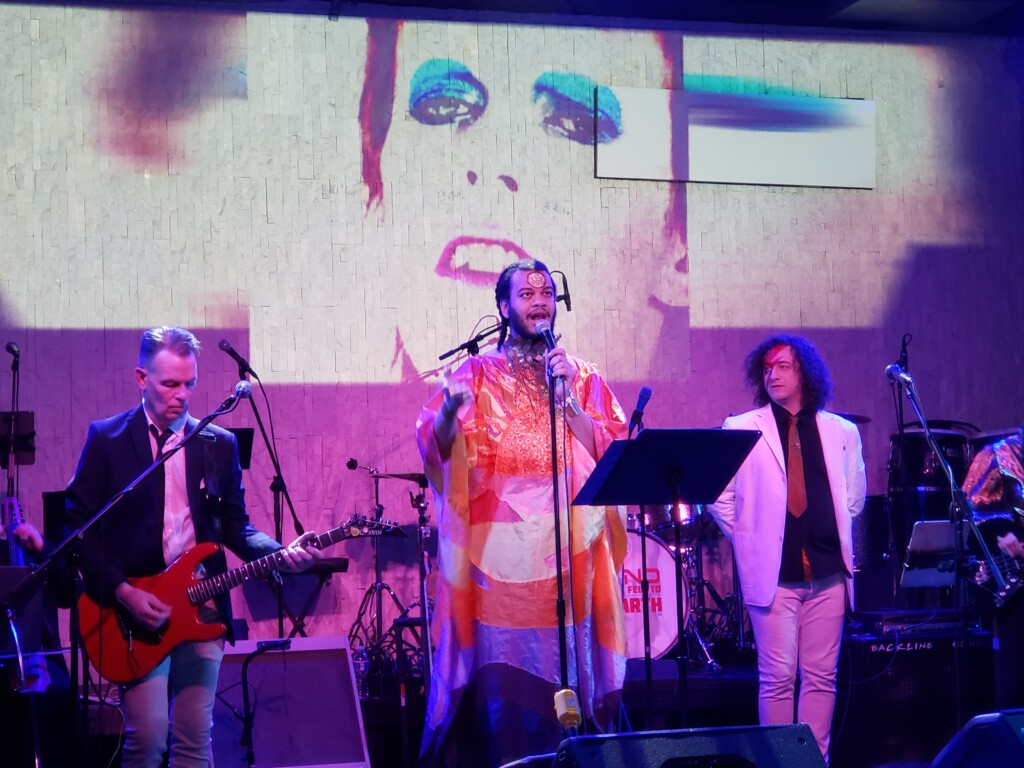 The band radiated joy throughout every number. The audience sang and danced along to the iconic glam rock numbers from Ziggy or bobbed their heads from the comfort of their seats. The sense of community among the musicians, paired with Arsenia’s heavenly falsetto and soul-shaking vibrato, must have made Bowie rejoice from the great beyond.

Thursday’s performance was limited to a capacity of 150 people and tickets were sold out quickly. Audience members were of all ages, including some families in attendance who brought all generations along. A child enjoying the show and singing along with their guardians was a highlight of the evening for Pitch reviewers in attendance.

The Band that Fell to Earth will perform twice more at recordBar this weekend: Friday, Jan. 20, at 7:00 p.m, and Saturday, Jan. 21, at 7:00 p.m. Both shows are sold out, but performances are also available to view via online streaming both evenings at 8:00 p.m. for $5. Tickets can be purchased online via recordBar.

If you’re unable to catch the virtual performances this weekend, though, no worries: The Band That Fell to Earth brings back this weekend homage to Bowie every January in celebration of Bowie’s birthday and in honor of his untimely passing, so you can see the band next year.

Each year the band chooses a different charity to donate ticket proceeds toward. This year’s charity is KC Common Good.