Two months before the American Jazz Museum bounced checks to artists, it spent how much on a Learjet flight? 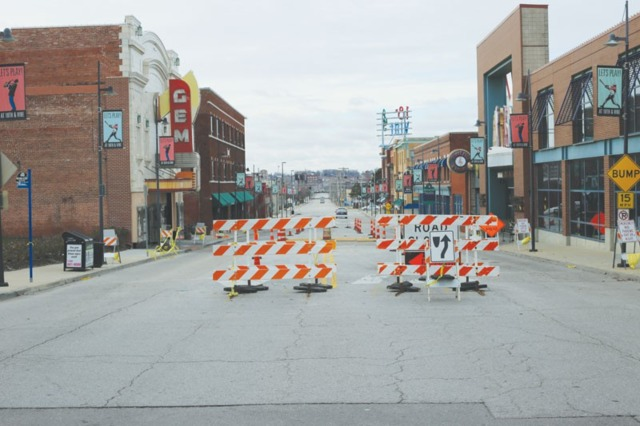 The conversation over what to do about Kansas City’s ailing American Jazz Museum shifted into a more dramatic key yesterday, when Councilman Jermaine Reed introduced an ordinance that would give the city — the Parks and Recreation Department, specifically — oversight of the museum and its assets.

Under Reed’s plan, the city would throw another $225,000 at the AJM to keep it afloat through next spring. And a task force would be convened to figure out a strategic plan for the AJM.

“It is clear business as usual will not suffice,” Reed, who has already announced his candidacy for mayor in 2019, said yesterday a statement. “The Board of Parks and Recreation Commissioners has a long history of full collaboration with neighborhood groups and business leaders in managing certain City-owned assets and tourist sites such as the Kansas City Zoo, the Liberty Memorial, Starlight Theatre and the Kansas City Museum.”

When Reed says “business as usual,” he’s referring to the estimated $1 million in debt the AJM has accrued under the watch of Executive Director Cheptoo Kositany-Buckner, who was appointed to lead the organization in January 2016. Much has been written about this year’s Jazz and Heritage Festival, which stumbled out of the gate by rushing its announcement that Janelle Monae would headline the event. This came as news to Monae, who had not committed to appear and ultimately did not perform at the fest. A rainy weekend and a low marketing budget (just $35,000) compounded the problems. In the end, the festival lost $450,000. Bounced checks to performers and vendors ensued. The debacle required a city bailout — an advance of more than $100,000 from next year’s budget — and an extension of the AJM’s credit line.

Such missteps have consequences: A few weeks ago, the AJM laid off three longtime staffers.

But the dire financial straits the AJM has found itself in are not alone the result of an overambitious festival. An invoice obtained by The Pitch shows that, in April of this year, the AJM paid $18,000 to fly pianist and Late Show With Stephen Colbert bandleader Jon Batiste to Kansas City to receive the AJM’s 2017 Lifetime Achievement Award.

I asked Kositany-Buckner today if she considered that amount a wasteful allocation of resources.

“There is no doubt that this was an unusual expenditure and the first of its kind in the history of the AJM,” Kositany-Buckner wrote in an email. “At the time, AJM had to make an immediate judgment call on whether to cancel the Lifetime Achievement Award for the first time since the tradition began in 2005 or move forward.”

She continued: “The circumstances were that Mr. Batiste’s commercial flight was canceled due to weather, and there was the promise of an AJM funding sponsor to cover the cost of the chartered flight.”

So the museum picked up the tab for a Learjet so Batiste could make it to the show. He went home on a commercial flight. But the Learjet money promised by the funding sponsor never arrived, and the AJM swallowed the cost whole.

“In the end, the donation fell through, however, the presence of Jon Batiste as a part of the legacy of 18th & Vine provided the city with a great opportunity to continue to expand our jazz heritage,” Kositany-Buckner wrote.

Kositany-Buckner said she supports the city takeover. She writes: “[The AJM] needs this new home and grounding of the Parks Department to reassure a wary public that we can be trusted not to indulge our well-meaning though ultimately imprudent instincts,” she said. “We will continue in this work to make the difficult and necessary changes — involving artists and musicians, museum professionals, historians, civic leaders, and others — to reinvent ourselves and become what in our heart of hearts we know we can be.”

I asked Reed this afternoon about the structure of the AJM if it indeed came under the management of the Parks department. What role would Kositany-Buckner have in such an arrangement? What would happen to the remaining AJM staff? What about the board of directors?

“We will know more as the city and the new task force completes the discovery phase with respect to the ongoing management of the city assets from and after May 1, 2018 [the date management of AJM is proposed to be transferred to the Parks department],” Reed said in an email. “I hesitate to speculate what may come about for the board, staff, and executive director in the meantime and before the discovery phase is complete. We have much learning to do and analysis to conduct.”