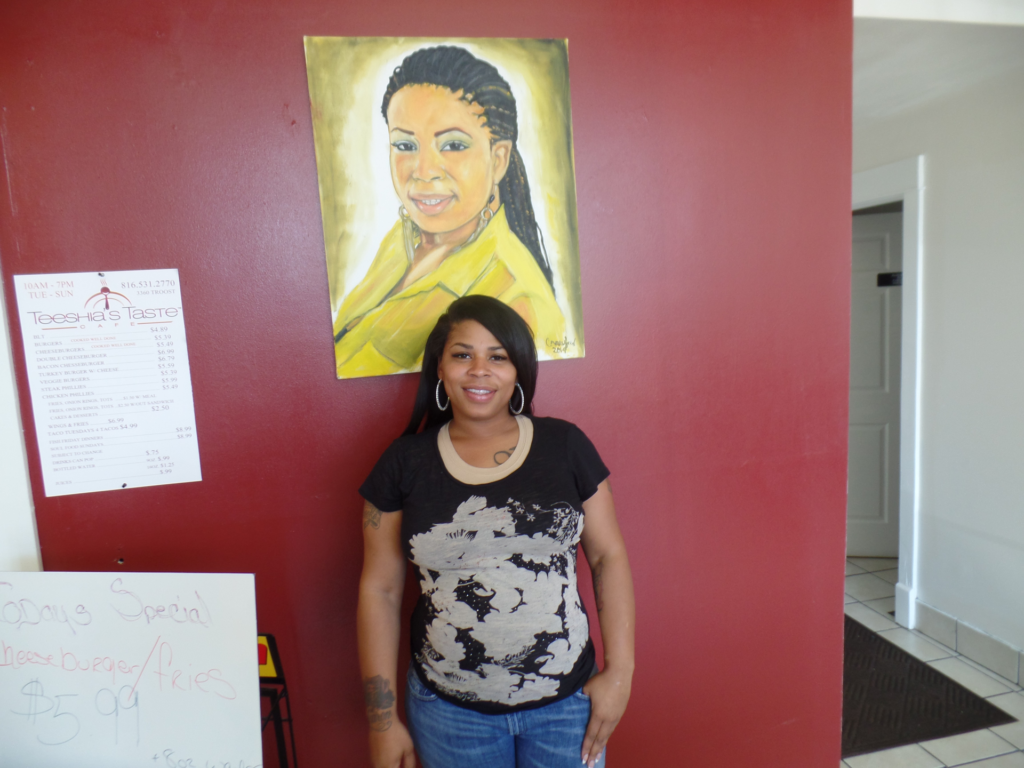 Restaurateur Teeshia Madge wanted to get her namesake restaurant, Teeshia’s Taste Cafe, more established at 3360 Troost before kicking off her first “Soul Food Sunday.” Now that the 8-table sandwich-and-wings shop has been open for three weeks, Madge decided that this Sunday – May 18 – was the right day for serving a menu of baked chicken, sweet potatoes, macaroni and cheese, stewed greens, cabbage and pork chops.

“After this Sunday, the Soul Food Sunday menu will change every week, but focus on the favorites that people loved in m y former restaurant,” says Madge.

Prior to opening Teeshia’s Taste Cafe in the former Lutfi’s Fried Fish location on Troost, Teeshia Madge operated another restaurant at 5802 Swope Parkway for two years.
When that restaurant – which was owned by a friend – closed last year, Madge started looking at locations for her own operation. She likes the fact that 3360 Troost is located next to a busy convenience-and-liquor store.

“There’s a lot of foot traffic on this corner,” Madge says. “I’ve been busy since the day I opened.”

Madge offers daily specials – the chicken wings started out as a special until customers started demanding them; they’re now a permanent addition to her menu – including a spicy Philly cheesesteak made with sriracha sauce.

Teeshia’s Taste Cafe is currently open Tuesday through Sunday from 10 a.m. to 7 p.m. She plans to expand her hours during the summer. Madge accepts credit cards and the phone number is 816-531-2770.