Taco Bell Cantina to open soon at Westport and Broadway 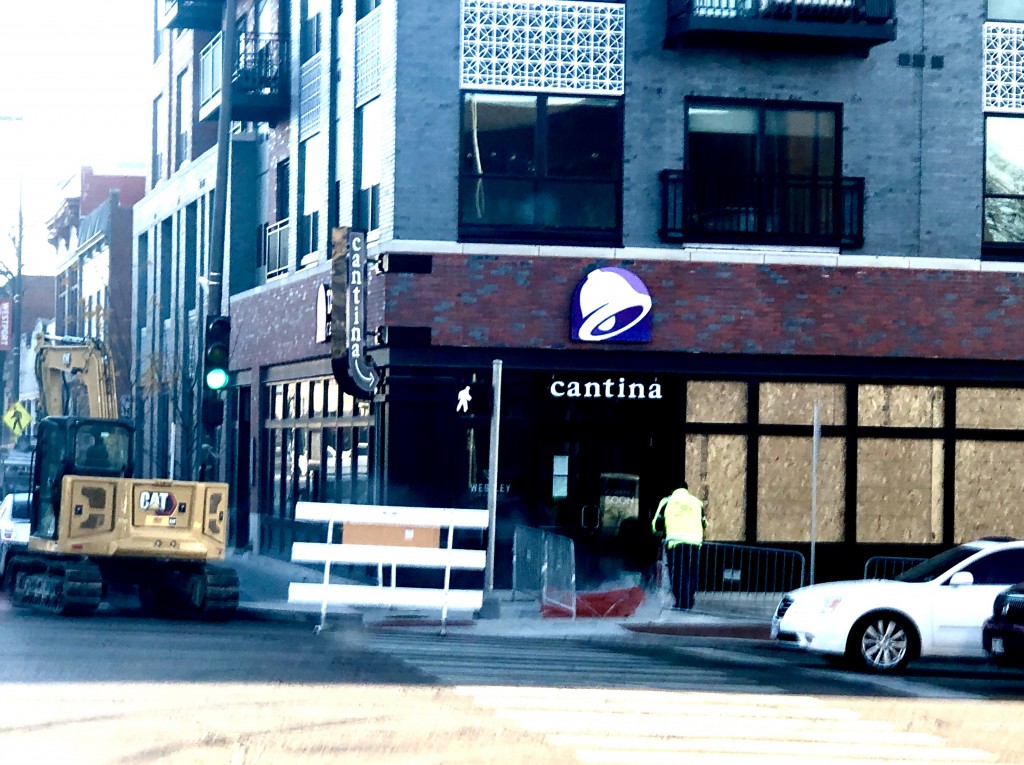 After the closing of several staples of Westport’s bar and entertainment scene, the new Taco Bell Cantina sign at 4111 Broadway has become, if nothing else, a very intriguing prospect ever since it was put up earlier this fall.

Its arrival comes with mixed reviews. Many think the cantina is taking the spirit out of Westport and is a marker of the corporate takeover of the district. Others are excited for easier access to the country’s favorite drunk food.

Even still, Kansas Citians will be able to kill two burritos with one stone(r) as they can cut out the middleman by drinking and dining at the new Taco Bell Cantina in Westport when it opens up for business sometime later this month or in January 2022.

Inside the restaurant itself, customers will find a decorative KC sports theme, several TVs, a DJ booth, VIP rooms, and outdoor and indoor bars.

There are dozens of Taco Bell Cantina locations nationwide, but this location at the intersection of Westport and Broadway will be the first in the region.

Rumor has it that the Taco Bell across from the stadiums might be looking at a similar upgrade in the future.

Stay tuned for The Pitch’s review once the Westport Cantina location officially opens its doors. Don’t worry, it will be put through its paces. After all, our editor-in-chief has visited and reviewed both the Las Vegas Taco Bell with a wedding chapel inside, and the high-end Taco Bell sitting seaside outside SF.