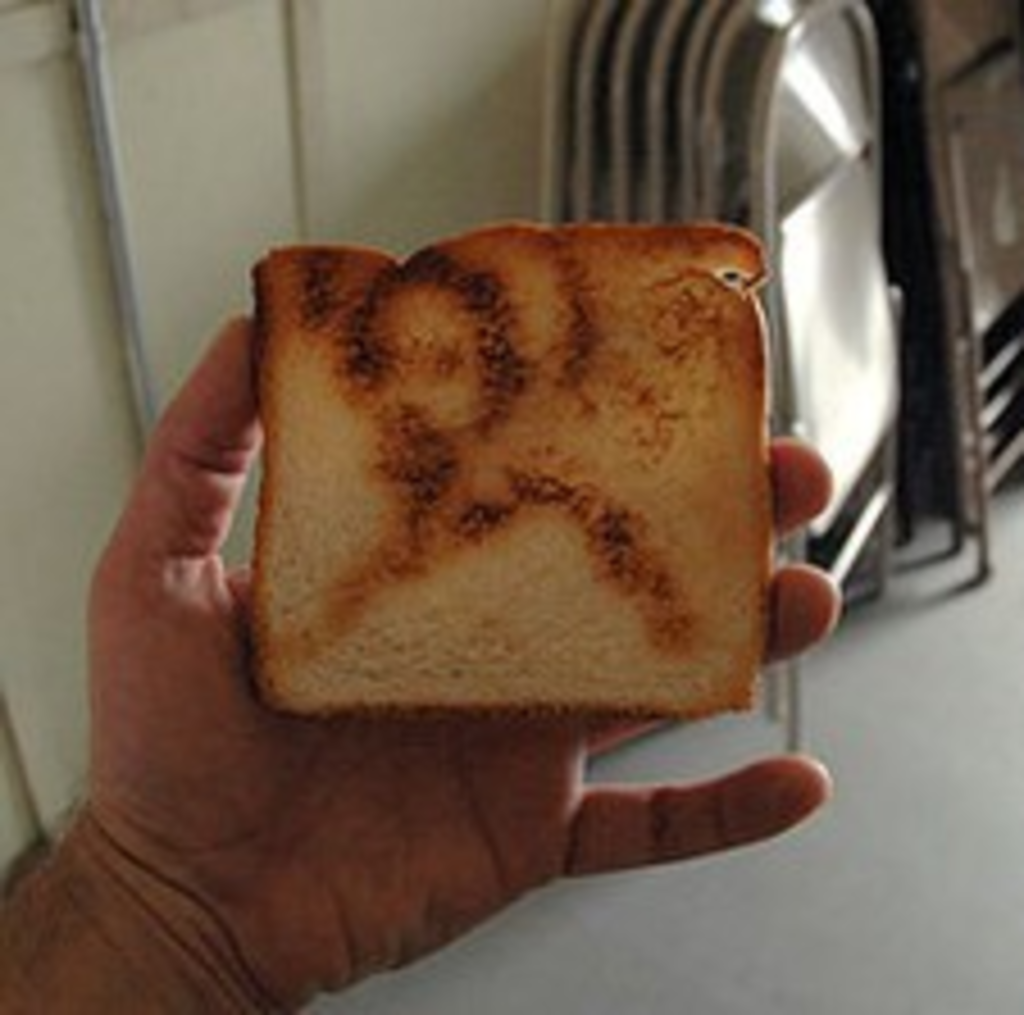 Two days ago, our lovely sister Plog posted a video of all the places Jesus has been seen. From T-shirts to urine stains, the dude gets around to some wacky places. But he seems to have a special affinity for food.

That’s why we love this list of the top 10 foods in which Jesus has appeared. It helps you know where to be on the lookout — in the foam of a latte, for example, or the stains on the side of a mug runneth over. That’s not a coincidence, that’s a clear sign from Psalm 23:5.

Later in the day, Jesus trades in the mug for a pint glass, where he also shows up in the foam and then in the gold wrapping of a bottle of Bulmer’s hard cider. Jesus has good taste — Bulmer’s is the best Irish cider there is but is sadly not sold in the Midwest.

It’s not just the Lord who shows up in food. Mother Teresa appeared on a cinnamon roll in Tennessee. This was truly miraculous, because she was still alive. Never one to recognize a miracle though, Mother Teresa sued the coffee store to stop selling “Nun Bun” items. Depending on your point of view, a do-gooder or an evil doer later stole the nun bun.

The most famous sacred-image-on-food is the Virgin Mary grilled cheese, which is inexcusably not on the above list. The decade-old grilled cheese fetched nearly $30,000 at auction. Shortly after, not one to shy away from a competitor, Allah put his name on the side of a fish. Then on the side of a tomato. I don’t want to offend the Muslim boy who found the figure, but the bearded guy on the tomato looks more like Jesus to me.

Many religious scholars say these examples are false idols and don’t work miracles. That’s nonsense. Each of these examples has lavished on its owners the holy grail of media attention.