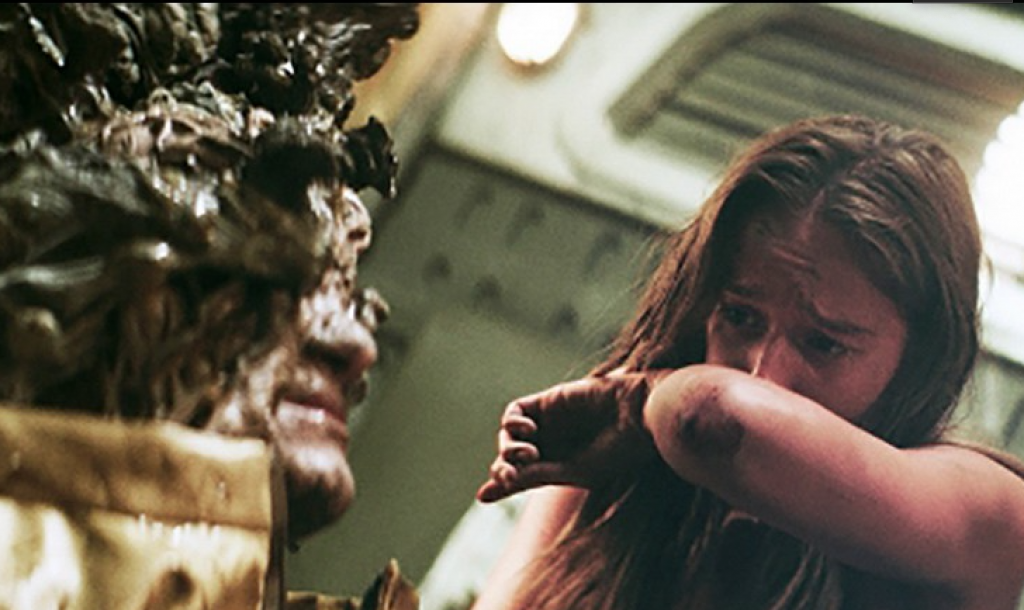 Superdeep is not particularly deep but it is noteworthy for being super—at checking the boxes on everything it wants to be. And what it wants to be is every modern horror video game that you might have brushed up against. That’s not the worst thing.

The Kola Superdeep Borehole was a real-world Russian tunneling project. In 1984, inexplicable sounds like the screams of many voices were recorded at a depth of more than 12 kilometers. In the wake of these events, the project was closed. Within the world of our film, a small research team is sent down below the surface to find out what secret the borehole was hiding. And it is, predictably, not great!

Superdeep follows a squad of scientists and soldiers heading into deepest Hell. The Russian film taps the sides of some fascinating real-world set-ups and fully delivers on the scares and succumbing setting it promises. Beyond that, there’s a bit of a mixed bag.

The genre film goes… very genre. Characters are cartoonish beyond reason. Fake mustaches establish those who we should not take seriously versus those that we should. Not a single idea presented seems like an idea that anyone should be pursuing. I mean—not the worst set of minuses for a horror film. Par for the course is totally fine. 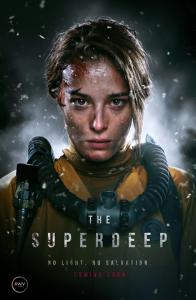 What people will want to discuss about Superdeep is how unapologetically video gamey it loooooooves being. Everything herein involves speedy elevators, searching for briefcases with keycards, building new weapons to defend against new enemies, and a collection of accents so mismatched they might as well have been drawn from a deck.

The bonus of all of this broadness is that we can skip all of the normal lulls in a horror film. No one needs to take time to explain what’s happening to everyone; no one needs to fully explain what we’re seeing when a person turns into a fungus and then a vampire zombie and then some exploding spores. It’s easy to just be along for the ride because no part of Superdeep drags its heels.

And when the shit hits the fan it never looks back.

Director Arseny Syuhin takes some big borrows from The Last of Us, Dead Space, and many other classics of interactive entertainment. It returns equally a tight delight that does impressive work meeting its aspirations with its accomplishments.

Superdeep was a welcome surprise. And knocking someone in indie foreign horror for being derivative is three levels of unrequired disconnect. The movie is startling, well-performed, horrifically shot, and awkwardly funny in all the right ways. No complaints here.