Stubbs the Zombie raises an all-timer from the grave; instills a terrible case of retro-mortis 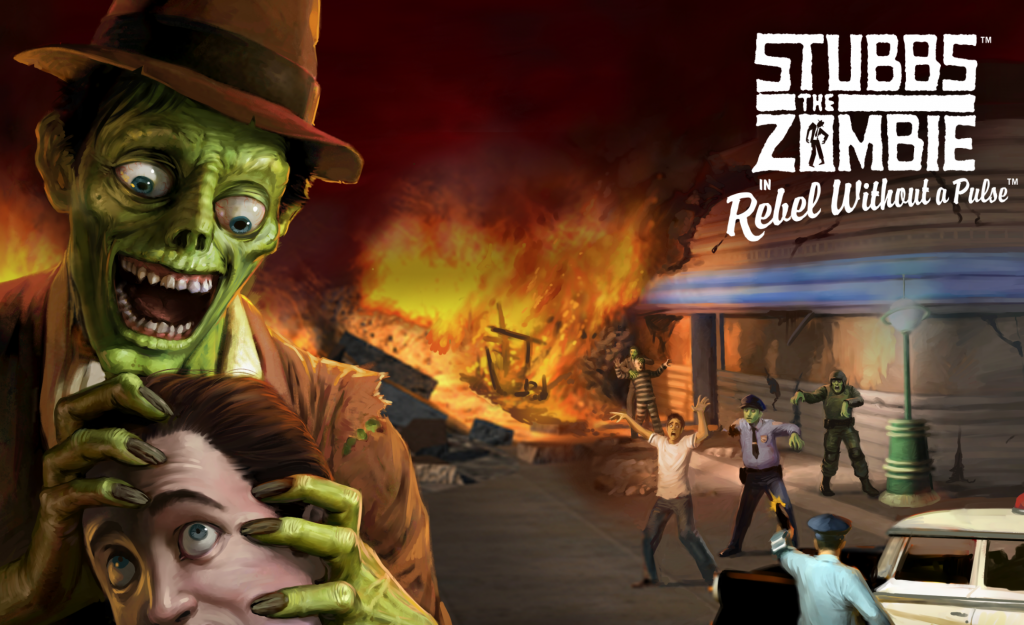 Back in 2005, a video game was released to the original Xbox system called Stubbs the Zombie in Rebel Without a Pulse. Built by some of the people behind Halo, the indie title was a comedic action game based in classic horror tropes that, similar to its cult film-inspired roots, also managed to only find a small but dedicated following.

I’m among them. This remains one of those titles that’s been a forever Top 5’er for me. And since shortly after release, it’s been unplayable. Until now. This week, a remastered version of the game comes to all major gaming platforms—prettier than ever.

It’s 1959 and the city of Punchbowl, PA, is a beacon of progress and ideal living—a retro-futurist The Jetsons-esque vision of the future. This perfect enclave for the privileged few was not prepared for a wrench in the gears. That’s you. You’re the wrench. 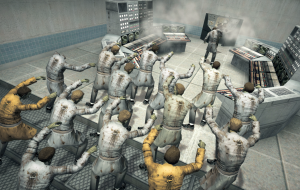 You play as Stubbs, a random dead guy who finds he has been brought back to life with a taste for human flesh. As you shamble about town, you begin feasting on the brains of civilians, scientists, police officers, and barbershop quartets. Those you kill then, themselves, come back as the undead. As their creator, you have the ability to command them. By yourself, your enemies would tear you to shreds with their weapons. But with dozens of fellow shamblers in your ranks, you can overcome even the strongest army.

This quirky little project’s remake maintains all the charm of the original. And by that, it means that even the game is aware that it’s packed with flawed design choices and 2005 elements that didn’t age well over the last 15 years. Leaning-in on this yields better results than trying to tweak the blemishes that give it such singular style and personality. And the couch co-op, allowing you and a friend to split-screen the game and play as twin Stubbs, is still as fun as it ever was.

All of the achievements/trophies in the Stubbs the Zombie remaster are dunks on bad/dated design concepts and sequences. If you aren't fully remaking a game, I really appreciate the idea of leaning in on this. pic.twitter.com/x1W8ax7UFO

The soundtrack absolutely slaps. If you needed another reason to be stoked on this. And accidentally assembling an army of monsters that flood a space when you’re afraid of being vulnerable—well, that’s a power fantasy that I’ll be bringing up at therapy. Perhaps that’s why it has given me a terrible case of retro-mortis.

Stubbs is very much a product of its time, and in its new state retains its many charms—as both pros and cons. As a budget downloadable title, it’s fairly easy to recommend to newcomers. There are much worse ways to spend $20 in the online game stores. Taking a chance on a wacky little b-side from gaming’s history is a great use of a few hours.