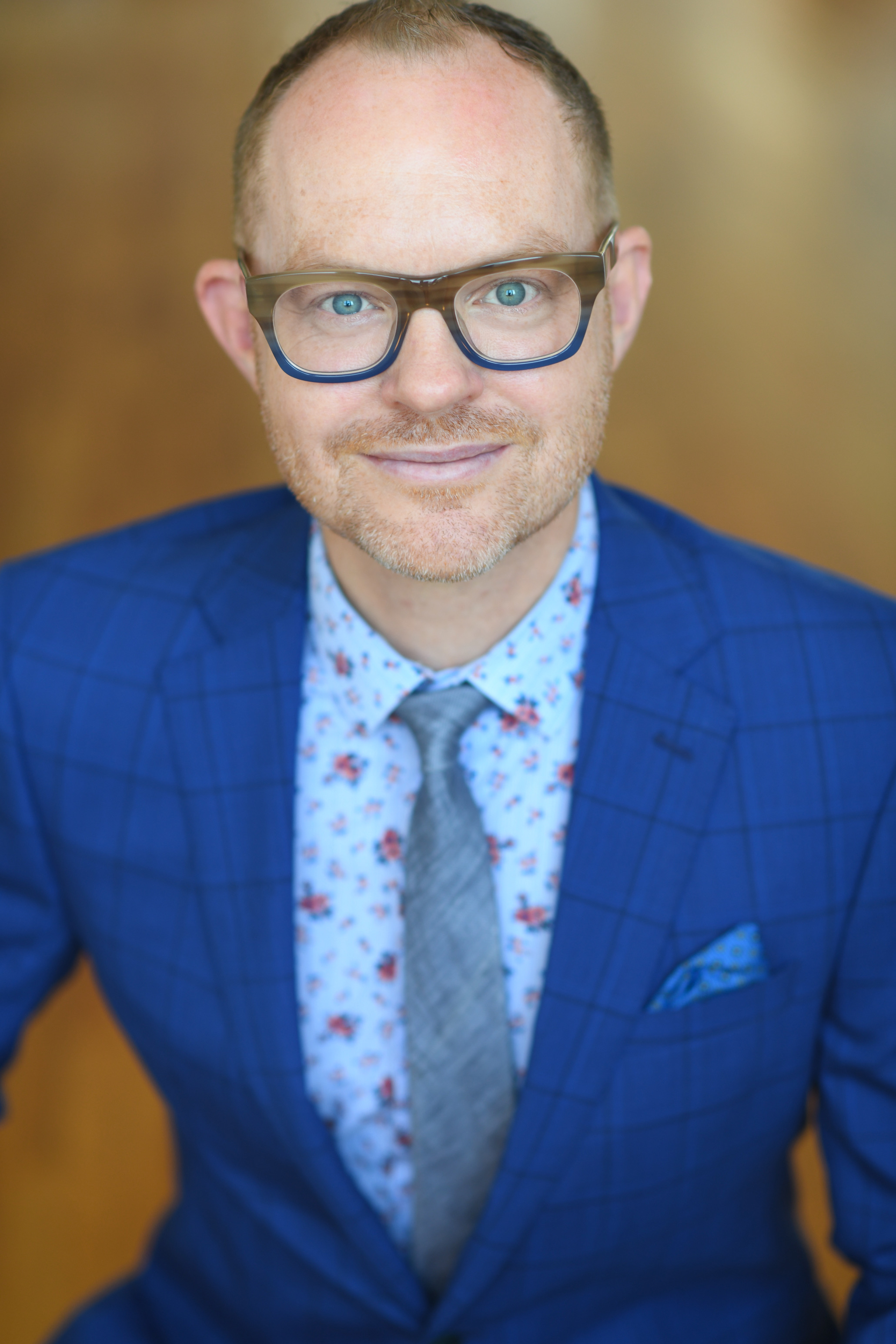 Kansas City Repertory Theatre audiences are about to see a new face beneath the house lights. Stuart Carden has joined the Rep as artistic director—and he’s committed himself to being at every performance of the first two shows this season to greet the community.

Carden, 46, previously worked as associate artistic director of Writers Theatre in Chicago and City Theatre in Pittsburgh. Since 2015, he’s worked as a freelance director and producer based in Chicago.

Carden is sailing into the Rep at an unusual time. The company’s previous artistic director, Eric Rosen, decamped for New York over a year ago. The Rep’s 2019–20 season was set by Jason Chanos, who served as interim artistic director during the search and will stay on with the company as associate artistic director.

Although Carden won’t direct this year, he’ll have plenty to do. I caught up with the new AD by phone to see how he was settling in after his first week on the job. This interview has been edited for length.

Keeping theater professionals in Kansas City can be challenging with Chicago so close. You’re reversing the usual migration pattern. What drew you to a smaller market?

You know, for me—I was raised outside of Louisville, Kentucky, in a rural farming community. My first interactions with the arts were with Actors Theatre in Louisville, and a city that’s size-wise around what Kansas City is. And the thing that the arts did for me was give me a window to the world. Honestly, I’ve always felt like I wanted to be a part of a theater in this scale of city—where you can really wrap your brain and arms around the city and know the other cultural leaders by first name and get to know your neighbors in meaningful ways that allow you to think about programming to their interests.

I’ve got young twins that are seven and a half, and we were happily raising them in Chicago, but I also want to create a situation for them where they can really be connected to the neighborhood in which they live. My wife is a contemporary art curator—she’s the executive director of the Wabash Arts Corridor in Chicago, and she has a particular intersection with public art monuments and social justice. And so another factor was that there’s such a strong, vibrant visual arts scene here. And the city feels progressive, too, and inclusive, and all of those things are important to us as humans and also as parents.

You’ve got an already planned-out season ahead of you, and no imminent directing gigs. Where do you plan to focus your energies this year?

This will be the longest I have ever not directed, and I may go insane. But I’m going to spend this year getting to know the institution and then building from there and seeing where we want to make changes. This year is also going to give me an opportunity to go out and meet people who maybe think theater isn’t for them, or that KC Rep isn’t for them, or that a theater on a university campus isn’t for them, and understand how KC Rep can serve those communities better. And it’s going to give me an opportunity to understand all of the changes that UMKC is going through with the Department of Theatre being incorporated into the Conservatory. Those conversations are very, very early, but it was made clear to me during the interview process that both the university and the theater are interested in re-setting the table in terms of how they partner together, and I’ve got this year to do that and let all those conversations inform how I program next season.

What can audiences expect from you when it comes to future seasons?

I’ve been putting the KC Rep faithful at ease by saying you can expect an evolution to the work and not a revolution. But I’ll speak to a couple impulses and qualities that reflect who I am as both an artist and also an artistic leader who programs theater, which is: I work to activate what I call “in-the-roomness” in the experience of theater. And what I mean by that is that I strive to break down that artificial barrier between stage and audience and create an environment where the audience experiences rather than just witnesses.

The other thing I think you can look for in future work is—I’m one of about a half-dozen directors across the country that’s really interested in concert-theatrical storytelling hybrids. I work with a lot of crossover artists that are both bands and theater artists. And so you can expect a high degree of musicianship on our stage in the future.

In its last few seasons, the Rep had increasingly brought in performers and designers from out of state. Do you have a sense of where you’d like the balance of local versus imported contractors to be?

Yes, definitely. It’s really crucial to me to center our work here in Kansas City while keeping a dynamic interplay between national artists and local artists. And I also believe that when you’ve got local artists on your stage and designing your work, that they are natural bridge builders to the community and really anchor your theater within that community. That doesn’t mean there’s not going to be artists coming in from out of town at all—there absolutely will be—and sometime there are specific needs of casting or craft that maybe aren’t represented currently in the local artist pool.

Diversity and inclusion in theater are referenced prominently on your website. Can you talk about what diversity in theater means to you in practice and what you’ll do as artistic director to work toward that goal?

I think it is the work of a not-for-profit theater to reflect, both on stage and off stage, the community it serves. I believe very strongly that representation matters and is powerful, and it’s something that’s important to me in terms of how we think about this organization reflecting fully this community. I want to work with the executive director, Angela Gieras, and the staff to really holistically think about how we are pursuing our work in equity, diversity, and inclusion. And that is going to take some time. But this feels like a good moment for KC Rep to take leadership in this area. That’s going to manifest itself in lots of big and small ways throughout the organization, but we need to do the good work of thinking big picture and philosophically first. So all of that is very early to be honest, and I’m just beginning those conversations—but that is where I want to help lead the organization.

The past year has been a somewhat tumultuous time for theater in Kansas City, with actors and techs speaking out about sexual harassment, union violations, and unsafe working conditions more broadly. Similar conversations are happening in theaters across the country. What do you plan to do to encourage a safe and supportive working environment at the Rep?

The Not In Our House movement is something that has been hugely, hugely impactful not only in Chicago but around the country in the past couple years. And there has been nationally, as there was in Chicago, quite a bit of bad behavior—whether that behavior was sexual harassment, or bullying, or unsafe working conditions, or not respecting the balance of life and work for artists. I think there is a generational shift happening right now with artistic leadership, and I very much identify with this new wave of artistic leaders that think of themselves as in service of the mission of the theater and the artists that create the work that fulfills that mission.

We’re going to build on the work that is already happening at KC Rep to develop and institute a values and culture approach that everyone at the organization can believe in. And that, for me, is everything from having at first rehearsal a very clear statement of how harassment is reported to having protocols in place for artists to feel that they have the voice and power to speak up when they are experiencing something that’s not right. I see the benefits so profoundly at institutions that have already begun integrating these types of practices.

The Kansas City Rep’s Origin KC: New Works festival turns five this year. Do you plan to keep that momentum going when it comes to new play development?

I am a new play animal. My entire career has been primarily about developing new works. That’s my jam. And honestly, it’s the reason that I came here. A lot of regional theaters don’t have a dedicated festival and a new works program already up and running, and the fact that the foundations of a really good program are already in the works was very, very attractive to me in coming here. So I am doubling down on the Origin KC festival. I also deeply believe that new works speaking to this moment in theatrically adventurous ways are how you connect with younger audiences.