Springfield Nazis get punked by the Jewish Community Relations Bureau 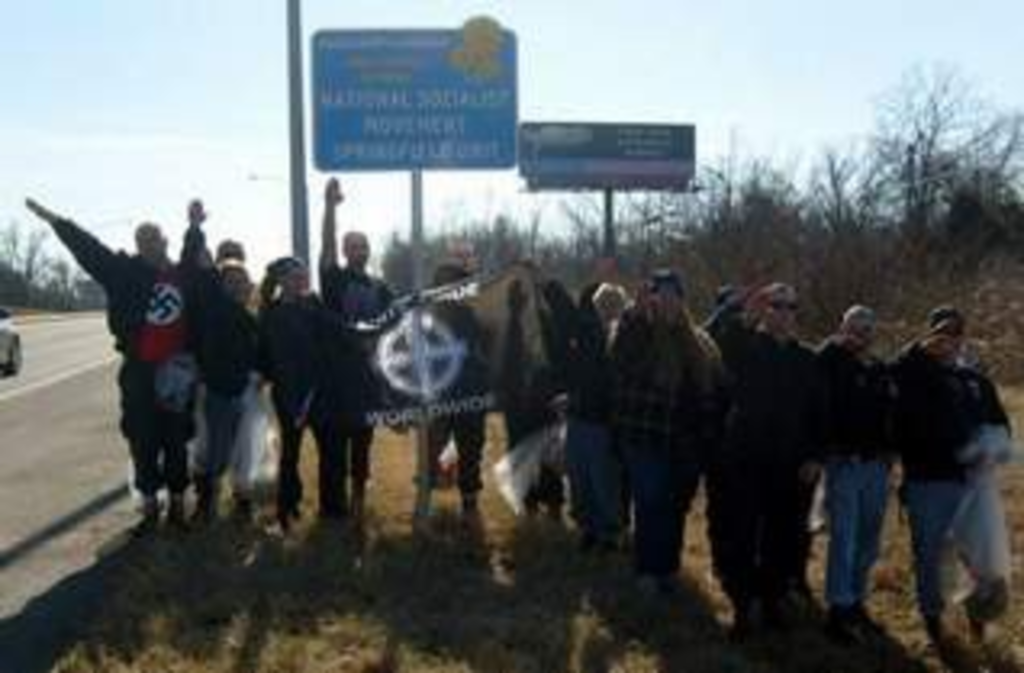 The Springfield, Missouri, chapter of the National Socialist Movement, a neo-Nazi organization, thought it would be cute to adopt a section of highway along West Bypass between Sunshine and Farm Road 142. MoDOT allowed them to put up a sign along the road bearing the group’s name, and members posed with it, Seig Heil-ing and whatnot (pictured). Afterward, they went home, put on their swastika-print jammies and drifted off to thumb-sucking sleep, secure in their white pride.

Then, along came the Jews to ruin everything.

The Jewish Community Relations Bureau, based here in KC, approached Kansas City Rep. Jason Holsman for ideas to counter the hate-group’s highway sign. Holsman, in turn, suggested that Springfield Rep. Sara Lampe introduce a bill renaming the half mile of the West Bypass after a much-loved, modern Jewish theologian. Lampe sponsored the bill, and with another Springfield legislator, Rep. Bob Dixon, attached it as an amendment on a larger transportation bill that passed both Missouri houses. Now it awaits Gov. Jay Nixon’s signature.

Soon, the Springfield Unit of the National Socialist Movement will be responsible for cleaning Rabbi Abraham Joshua Heschel Memorial Highway.

Rabbi Heschel was born in Warsaw, Poland, and much of his family was killed in World War II bombings and in concentration camps. He escaped to New York City in 1940. He read the words of the Hebrew prophets in the Bible as commands for social justice, so he marched alongside Martin Luther King for civil rights and protested the Vietnam War. “Above all, the prophets remind us of the moral state of a people: Few are guilty, but all are responsible,” is a quote attributed to Rabbi Heschel, who died in 1972.

High-fives to the Springfield News-Leader for running a story on this delicious irony Sunday.