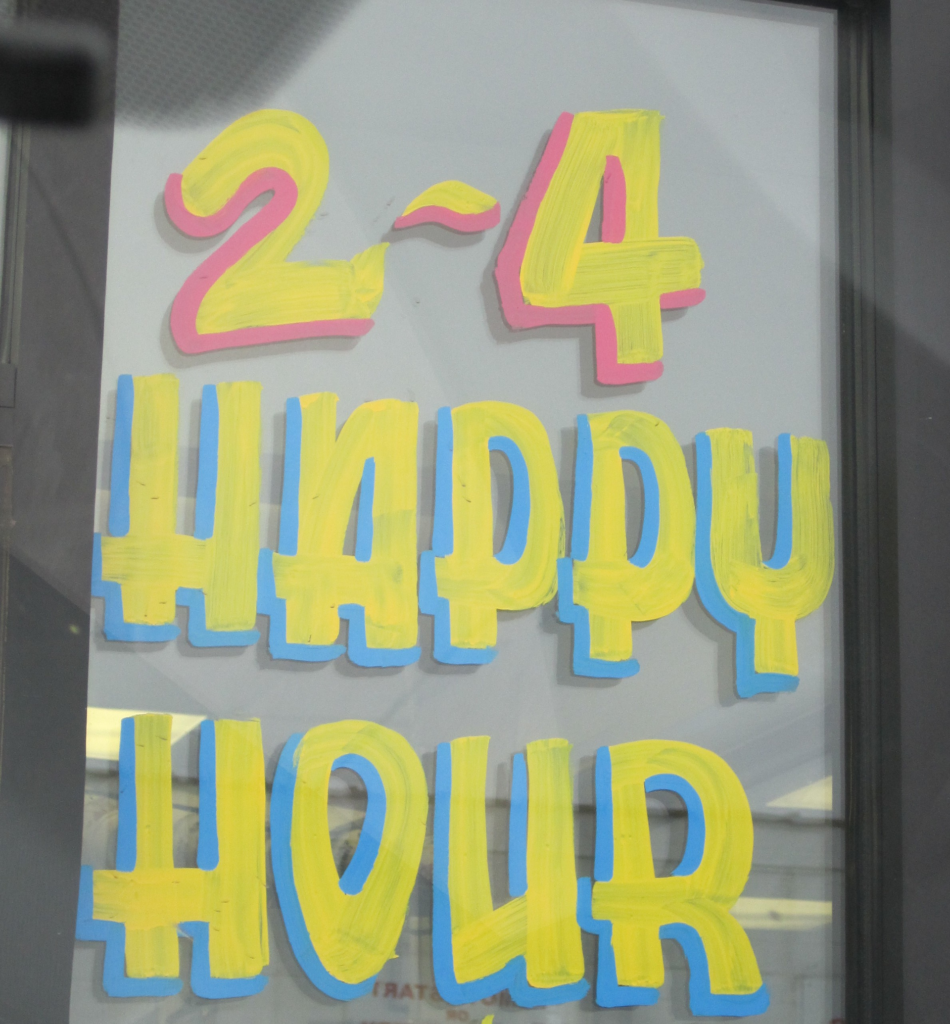 It is like a time warp exists between 2 and 4 p.m., effectively preventing an otherwise normal and able human from arriving at a Sonic Drive-In between those hours. I have driven significantly above the speed limit in a madcap attempt to save 80 cents; but yet, no matter how hard I try —

invariably, I have missed happy hour at Sonic. Perhaps there is something more nefarious at work than an elderly driver in the left-hand lane.

The city’s only drinking-and-driving happy hour came to mind because of a recent lawsuit over the clock at a Sonic in Golden, Colorado, outside of Denver. In February 2009, a man ordered drinks, expecting to pay happy hour prices. The drinks come back full-priced, despite the fact that the man’s watch said it was before 4 p.m. His receipt is time-stamped as 4:11 p.m.

Irate because he believed that Sonic was manipulating the clock, he demanded to speak to a manager. After police were called, he was arrested for trespass and harassment. He spent more than $7,000 in legal fees to fight the case, which prosecutors dropped nearly a year later. This case began over a difference of $3.45. The clock still isn’t right at his area Sonic, according to the local CBS affiliate.

So this made me curious. Are all Sonic franchises on their own time?