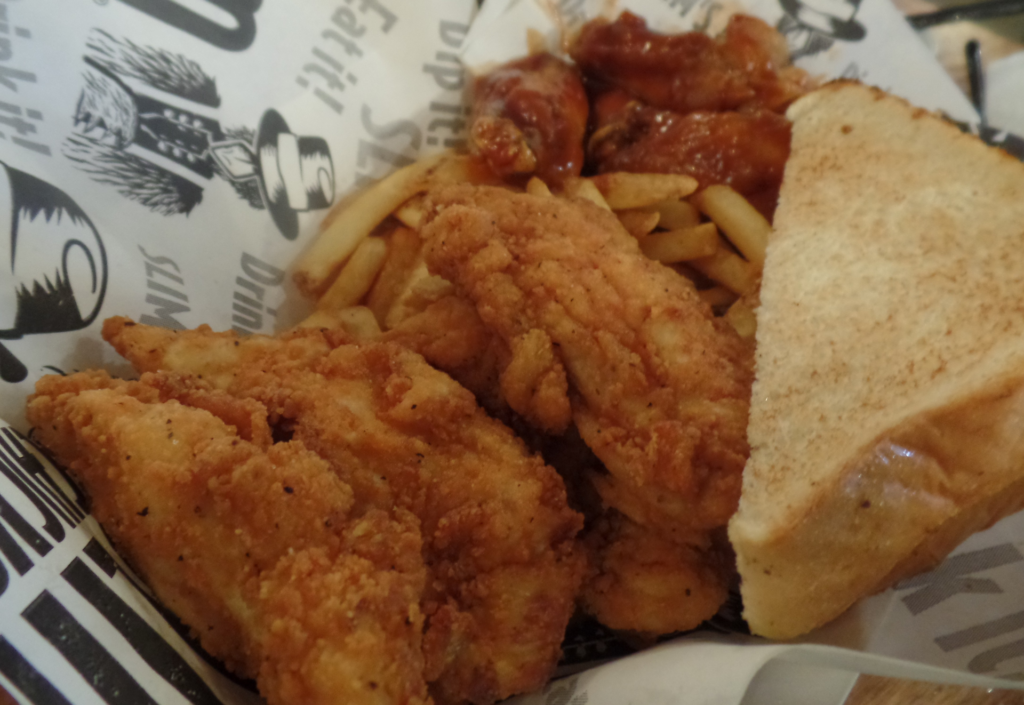 As I discovered last month when writing about the newest Stroud’s restaurant, you can never get enough fried chicken in the Kansas City metro. A young entrepreneur, 30-year-old Adam Herndon, is on a mission to make sure that the bird — wings and chicken tenders — is even more accessible in this steak-and-potato town.

Herndon opened his first Slim Chickens restaurant last night at 4641 South Cochise in Independence (at the junction of Highway 291 and Highway 40). But look sharp because it’s not that easy to find the brand-new structure built to the specifications of the Arkansas-based Slim Chickens, a chain created in 2003 by Greg Smart and Tom Gordon.

Herndon, a Parkville native, is the local operator and says he’d like to open five more Slim Chickens restaurants in the metro. His next site will be opened next spring.

Unlike other chain fried-chicken operations in the city, Slim Chickens serves only chicken tenders (fried or grilled) and chicken wings, slathered in one of seven different house-made barbecue sauces — ranging from a sticky honey barbecue to the searing “Inferno” variety. The menu also boasts two salads (both prepared with chicken tenders), a chicken-tenders-and-waffle dish and seven side dishes.

Most of the sides are deep-fried (the fried pickles and the mushrooms are battered in-house, while the okra is a prepackaged product), but there’s also a very rich and cheesy macaroni and cheese. Some of the Arkansas franchisees sell a fried fruit pie for dessert, but the local Slim Chickens has two creations served in glass canning jars (which patrons are permitted to take home with them): a layered concoction featuring brownie squares, chocolate pudding and crumbled Heath bars or a cheesecake version with cheesecake bites topped with bites of Reece’s peanut-butter bars.

“The cheesecake dessert will change seasonally,” Herndon says. “We’ll use strawberries in the summer.”