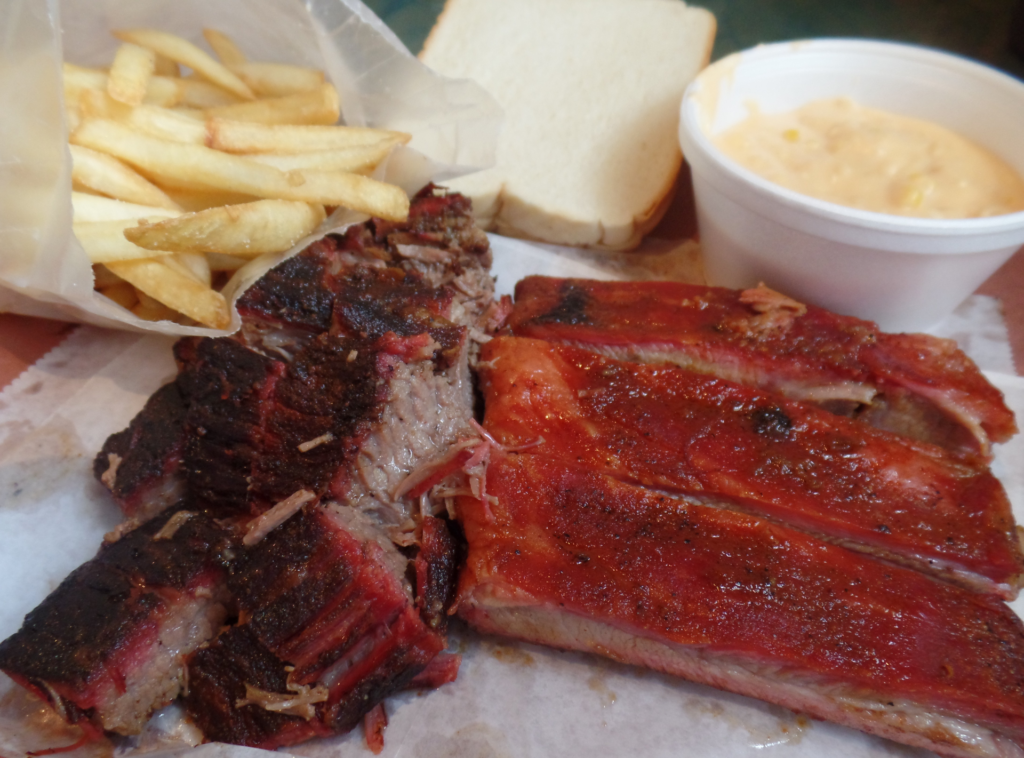 A month after the three members of the local competitive barbecue team Squeal Like A Pig –  brothers Mike and Joe Pearce and Brandon Whipple  – began renovating the venue at 553 Central Avenue (formerly Millie’s Cafe) in order to open their own restaurant, the trio officially opened Slap’s BBQ for business today.

“We had a soft opening over the weekend,” says Mike Pearce, “mostly for friends and family.”

Every table in the small, but deliciously aromatic dining room was taken at noon and there was a line extending from the front door to the counter as Whipple and the Pearce brothers sliced smoked ribs, spooned up cups of a decadently rich cheesy corn bake, and constructed sandwiches from brisket, pork, sausage and turkey. The cheery cashier, who was thorough, if none too quick, was Mike and Joe’s mother. That’s how she introduced herself: “I’m Mike and Joe’s mother.” 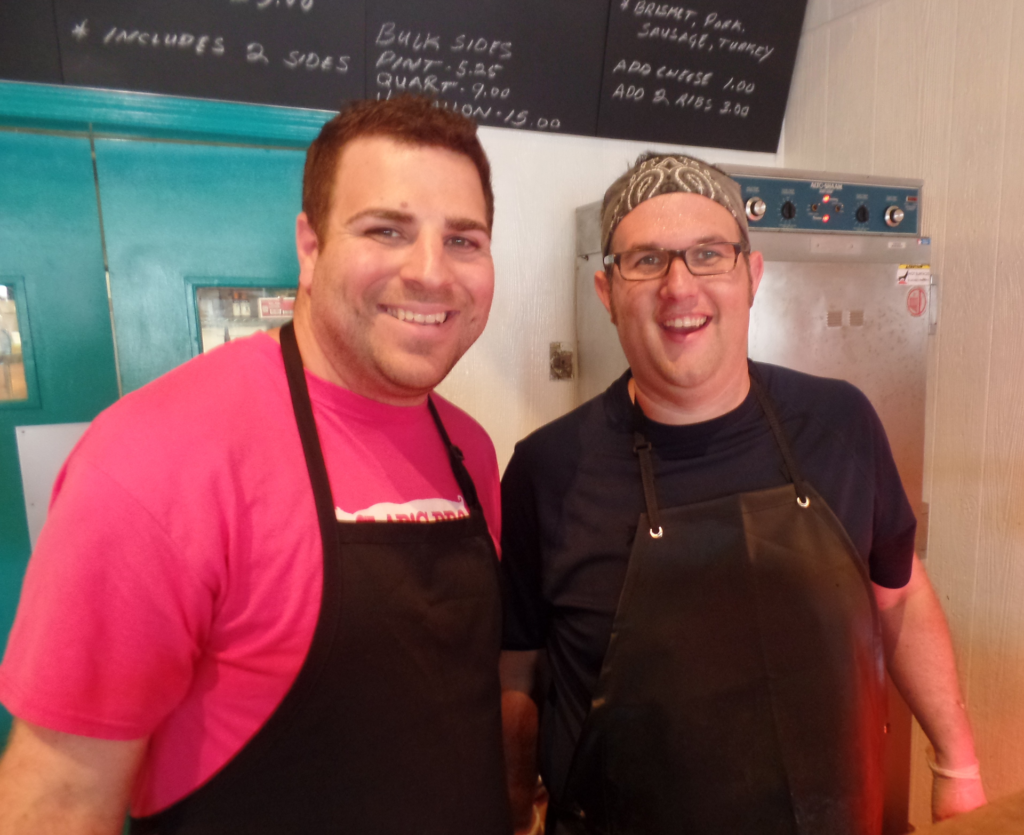 The ribs at Slap’s – the acronym for Squeal Like A Pig – are meaty and gorgeously tender, so were the chunky burnt ends. My fellow reporter Steve Vockrodt had high praise for the brisket sandwich: “It wasn’t so much a sandwich, but a cascade of brisket,” he says. “It’s nicely smoked, pretty tender and not too fatty. I enjoyed it naked. I was fully clothed, but the sandwich was without sauce.”

There is a sauce at Slap’s, just slightly sweet with a tasty herbal note. Mike Pearce says that Slap’s BBQ will be open Monday through Saturday from “11 a.m. until we sell out.”