"They long for each other's touch, in bright sunlight!" 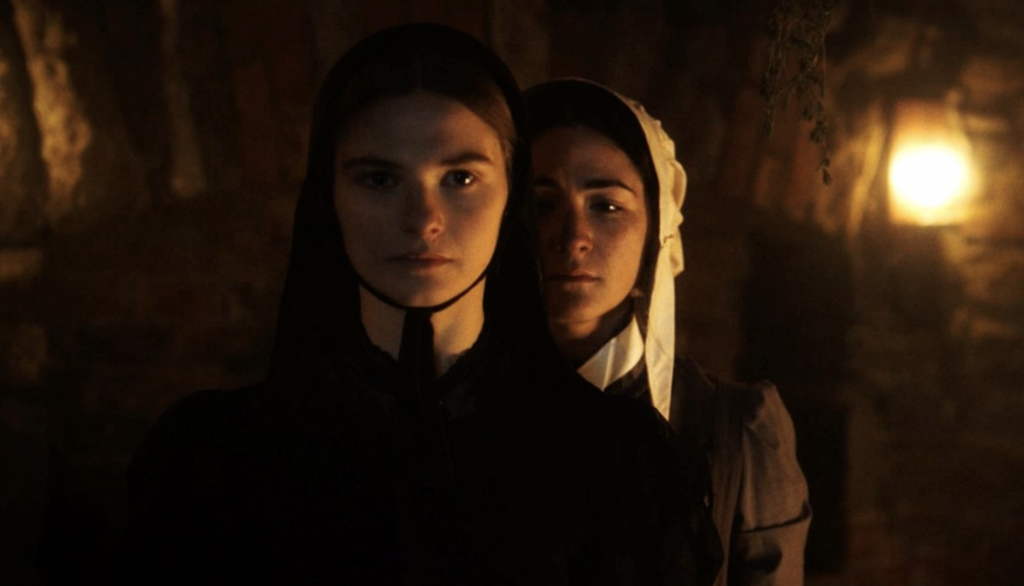 Anyone raised in the midwest has seen—either first hand or by proxy—the trauma that a religious family can inflict upon each other, and everything in their immediate orbit. We’ve been on a recent kick of indie, transgressive horror films that aim to parallel our country’s Puritanical origins to our current state. There were Pilgrims in The VVitch, the Catholics taking Asia in Silence, and so on.

Set in the early 1800s, The Last Thing Mary Saw tackles the violence of fanaticism, but from a point when industrialization had begun to find its footing. The zealots here are not “of their time” in the way that one might dismiss the edge-of-the-world explorers that may have etched “Croatoa” into a tree before vanishing. These are the first inhabitants of the “modern world” and the last to give up the ghost—in some forms. But certainly not the last of their ilk.

Eduardo Vitaletti’s The Last Thing Mary Saw is a time-period horror thriller that examines the origins of American trauma at the blood-stained hands of righteous belief.

Southold, New York, 1843: Young Mary (Stefanie Scott, Insidious Chapter 3), blood trickling from behind the blindfold tied around her eyes, is interrogated about the events surrounding her grandmother’s death. As the story jumps back in time, we witness Mary, raised in a repressively religious household, finding fleeting happiness in the arms of Eleanor (Isabelle Fuhrman, Orphan), the home’s maid. Her family, who believe they are seeing, speaking, and acting on God’s behalf, view the girls’ relationship as an abomination to be dealt with as severely as possible. The couple attempts to carry on in secret, but someone is always watching, or listening, and the wages of perceived sin threaten to become death, with the tension only heightened by the arrival of an enigmatic stranger (Rory Culkin, Lords of Chaos) and the revelation of greater forces at work.

The Last Thing Mary Saw dabbles in a few sub-genres simultaneously, and revels in the muddy waters amid the crossovers. It’s a queer historical romance mixed with a condemnation of religion, based on a vast look at the spread of the human stain. It also doesn’t hurt that the concept of religion usurping medical mandates has some modern connections.

The central location of the film, and the family centered within, are no strangers to acts of violence, manipulation, and general horror. That’s all fine! Their version of unspeakable darkness is rather the silence around secret sins—the things that dare not be spoken of, for fear of God hearing. Like lust between two teenage girls.

While watching this on its own terms is absolutely recommended, I do want to step to the side and suggest that, if you’re watching it on streaming and maybe not giving it your full attention, the film is wildly funny. There is an air of constant horniness running through an otherwise abrasive film. Whether lusting for others, lusting for God’s approval, or lusting for some vague needful concept, it’s a full runtime of unadulterated yearning that equally ads weight to the heinous nature of what’s on display, while also just being so consistently tense that it is hard to do anything but laugh at points. For horror movies in general, this is a huge compliment. To find it in a period piece about atheism? A neat surprise.

A complicated bit of cinema, and well worth your time, Vitaletti’s exploration of religious extremism is cutting, visceral, and dark.