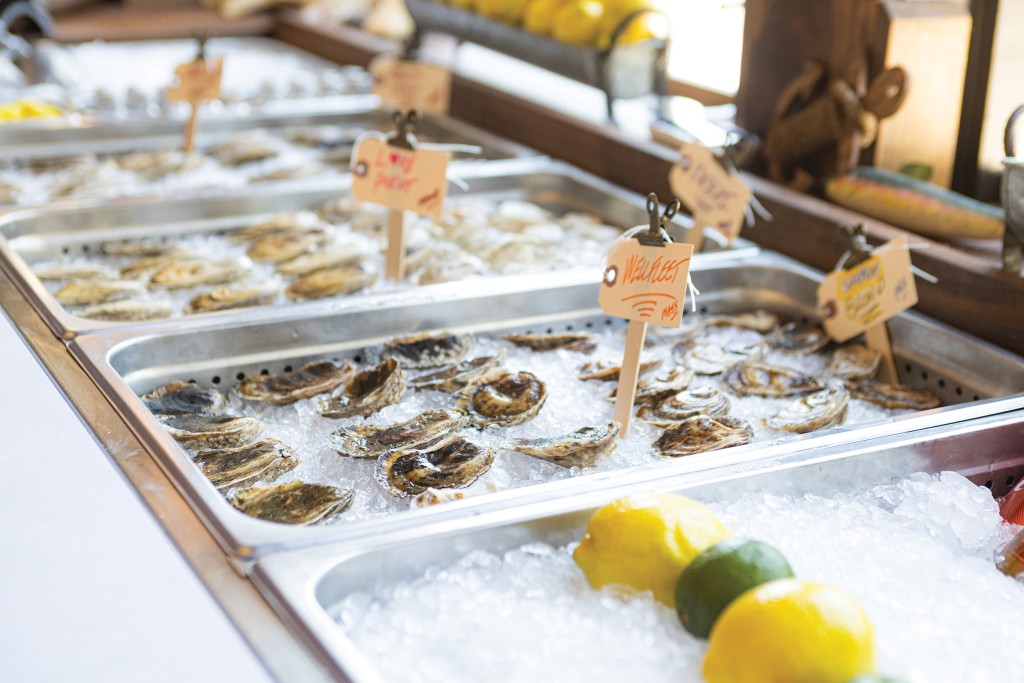 High on the list of important American institutions—somewhere between Monster Jam and the Federal Reserve—is the neighborhood restaurant.

What makes a good “neighborhood restaurant” is a moving target, but the genre has some defined contours. It should have a small dining room and a tidy menu. It should be embedded in a mostly residential neighborhood, with a vibe and price point to match it. It should be nice but not fussy—the kind of place where you can wander in off the street without too much gussying up.

That feel was exactly what co-owners Cory Dannehl and Todd Schulte were going for with Earl’s Premier, a casual seafood-focused restaurant and bar that opened at the corner of 59th and Holmes this May.

“We wanted it to feel like we’ve been here 30 years,” says Dannehl.

In that, they’ve succeeded.

That’s no small feat given that Earl’s predecessor, the beloved Pakistani restaurant Chai Shai, had operated out of that corner spot for more than a decade.

The streetside patio looks the same as it did in its Chai Shai days, but the dining room is unrecognizable, reconfigured and steeped in a kind of breezy coastal Americana.

Everything looks weathered and time-worn, from the zinc-and-walnut bar, to the faded American flags, to the thrift store-grade paintings of old wooden ships.

The space was built out by John O’Brien, whose firm Hammer Out Design has hammered out some of KC’s most iconic restaurant interiors. For Earl’s, that work began with tearing out the dropped ceiling, making the narrow dining room feel much brighter and less claustrophobic.

Another smart move: tucking the raw bar by the streetside window, where the light transforms it into a still-life painting.

On any given night, you’ll see dozens of oysters nestled into an icy shadowbox, arranged in neat rows like a butterfly collection. Beside them, a hotel pan brims with lemons and ice and sweaty cans of Victoria. Two shuckers hover over it with hands buried inside dish towels, their knife slips growing surer and faster with each visit.

Welcome to Earl’s Premier, where the servers are young and bubbly, the dishwasher looks like Kurt Vonnegut, and there’s an 80% chance you’ll see someone wearing jorts while drinking champagne.

The beer is cold. The bathroom is colder. Everything else is bustling and warm in multiple senses of the word. In short, Earl’s feels lively—lived-in—alive.

That might have a little to do with how many people are packed inside. With only 38 seats (a patio can seat an additional 30), the restaurant is almost always full and loud.

I staggered my three visits across different days and times, and never hit a service that could credibly be described as “slow.” In fact, for the first time in nearly seven years of reviewing restaurants, I wasn’t able to make a reservation for any of my dinner visits—Earl’s was booked up for a month solid.

That doesn’t mean getting a table is impossible. The restaurant holds about a third of its tables for walk-ins, and bar seats turn over relatively quickly. The patio is first-come, first-served, too.

Oysters are the main draw here, and they’re about as fresh as you can get in KC. The majority are flown in overnight from Maine Oyster Co. three to four times a week. The oysters on a half shell ($22 per half-dozen; you can mix and match varieties) arrive with lemon wedges, cocktail sauce, and a vial of housemade mignonette.

But the best accoutrement is an off-menu secret: A horseradish granita modeled after a version served at Eventide Oyster Co. in Portland, Maine. The fluffy, frozen flakes are good enough to eat with a spoon, but the real benefit is that they melt into the oyster’s liquor, adding a punch of flavor without changing the texture. (Earl’s also offers an excellent hot sauce granita made with R.J. Iguanas Everyday Hot Sauce.)

To complement Earl’s oysters, Chef Todd Schulte has developed a small, focused menu of fresh and fried seafood, with a couple of options for the shellfish-averse. 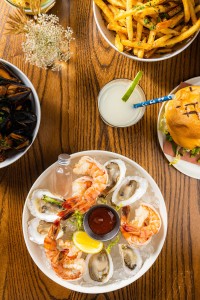 The crudo (market price) changes daily, but it’s an elegant bite worth betting on—on a recent visit, I received some delicate ahi tuna brightened with a sweet chile glaze. The herby guacamole ($16) tasted similarly fresh and light, dressed with morsels of blue crab and thin slices of serrano chile.

I had high hopes for a premier shrimp cocktail ($19), but the giant shrimp in my order were overcooked, making the price point (and the shrimp) tough to swallow. Similarly, I liked but didn’t love the Ipswich clam dip ($15), which had a light, airy texture but needed more “Baltimore curry”—Schulte’s slang for Old Bay.

The GBD (Golden, Brown, and Delicious) Oysters ($20) were an unexpected highlight. The fried oysters remained plush and juicy, with a perfectly crisp breading and a tangy remoulade. The name might be goofy, but it’s earned.

You can choose between fried oysters or shrimp on Earl’s New Orleans-style po’boy ($18). The fried shrimp on the po’boy I ordered were tender and the breading crisp. But the Farm to Market bun fell apart, likely a function of how it was served. Instead of a hinge cut, the roll was fully bisected, with its bottom far thinner than its top. The sandwich comes with a cup of fresh French fries, which aren’t made in house but are excellent nonetheless.

Earl’s has a smart wine list overseen by Director of Beverage and Hospitality Sarah Hogan. But drinkers can also choose from a few draft beers (Tank 7, Anchor Steam) and canned lagers, or a handful of summery cocktails (including a couple of non-alcoholic options).

The most popular drink here is the frozen gin and tonic ($13), which is nearly always frothing away in two slushy machines behind the bar. To my palate, it tastes more like a frozen gimlet than a G&T—the Schweppes tonic gets a little buried in the fresh lime juice—but it’s delicious in its own right.

The cocktail list offers something to appeal to every drinker, from the round and lightly smoky Xs and Os ($14), to the refreshing and subtly funky Rosehip Spritz ($13). But my favorite was the Caught in the Rain ($14), a blend of Jamaican rum and pineapple amaro, fat-washed with caramelized white chocolate. It’s a cocktail with surprising balance and body, and it’s one of the best drinks I had this month.

The menu is identical for lunch and dinner, but Earl’s also offers a few rotating nightly specials. Wednesday is steak night; Saturday is a shrimpboil. Those specials can be a little more economical.

The pricing at Earl’s isn’t unusual for the neighborhood or cuisine, but a couple of the dishes don’t yet live up to the price tag.

For $18, you want a cheeseburger to be incredible. Right now, it’s incredibly promising. On composition alone, the burger was near-perfect—a thick patty with the textbook ratio of shredded lettuce to pickles to cheese hat to bun. But it was ordered medium and arrived well done, and the beef wasn’t as fatty as I’d hoped for.

The EP Chicken ($26) was also slightly overcooked, drying out the breast meat of the brined Red Bird Farms bird. Unsurprisingly, this made it difficult to cut with a butter knife (my chicken was not served with any other cutlery). Still, I’d give the kitchen some grace and order it again—the skin was crisp and bronzed and stippled with peri peri seasoning, lending the meat a blush of heat and a barely perceptible sweetness.

Schulte developed the desserts at Earl’s as well, and they’re worth ordering. The best pick right now is the “Atlantic Beach Pie in a jar” ($10), which layers a crisp saltine cracker crust with a sunny lemon custard and a thick head of whipped cream. But the silky vanilla soft serve ($5) is another fun/fine way to end a meal.

Service across all three of my visits was casual and personable. Food and cocktails came out at a brisk pace, but no one appeared rushed or overwhelmed; the servers and shuckbois always seemed to find time to chat with the drinkers and diners. For that reason, the bar seats at Earl’s are the best in the house.

“I’m still learning,” the shucker told a couple seated next to me at the bar one night. But he seemed delighted to share what he already knows.

As a restaurant, Earl’s is still learning and evolving, too. Despite the old-school feel, the restaurant has only been in Brookside for three months, not 30 years. As of this writing, the restaurant is closed on Sundays, but Dannehl and Schulte plan to add a Sunday rosé brunch. They’re working on closing up the roof on the patio, too, to make access less weather-dependent (and to open up a few more tables for reservations).

It ain’t perfect. But it might be perfect for the neighborhood. 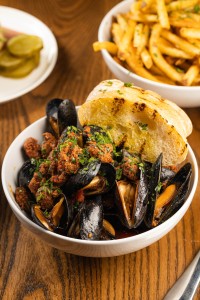 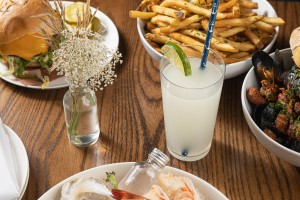 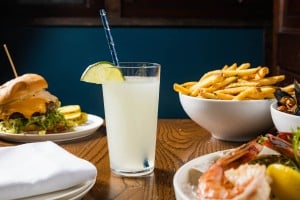 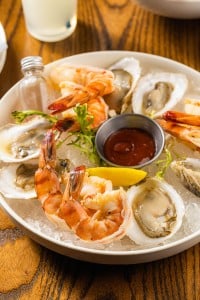 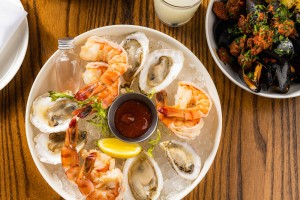 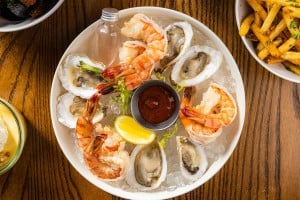 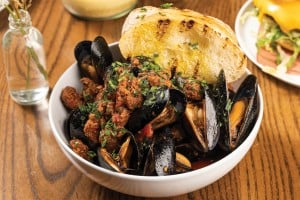 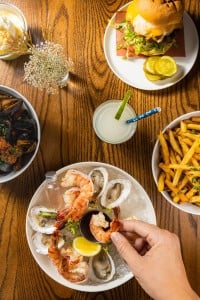 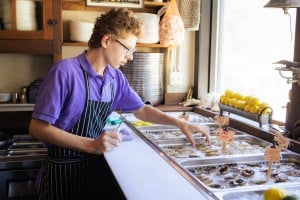 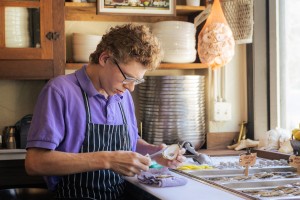 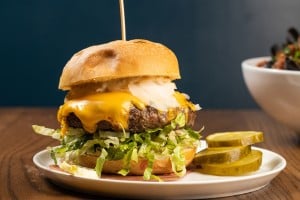 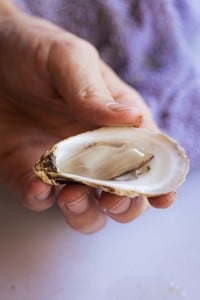 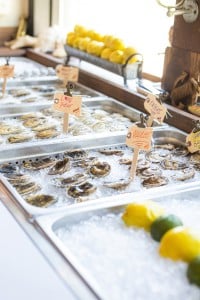 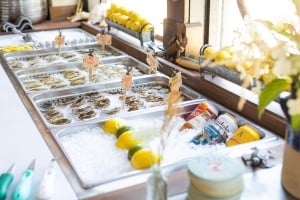 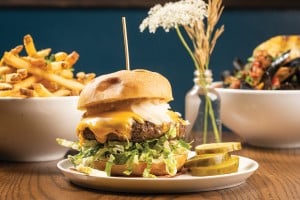 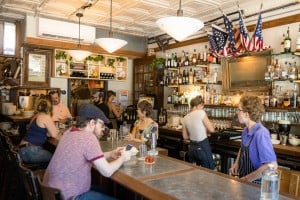 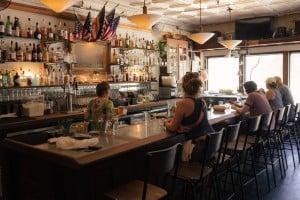 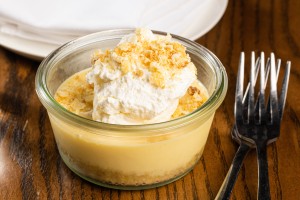 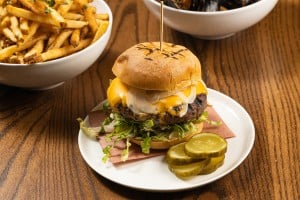 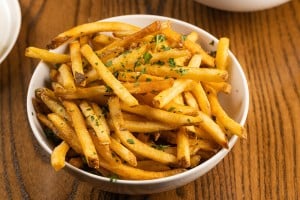 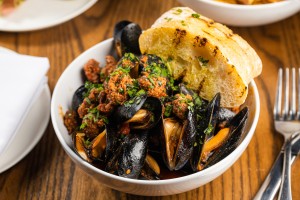