A Feminist horror manifesto arrives at just the right time. 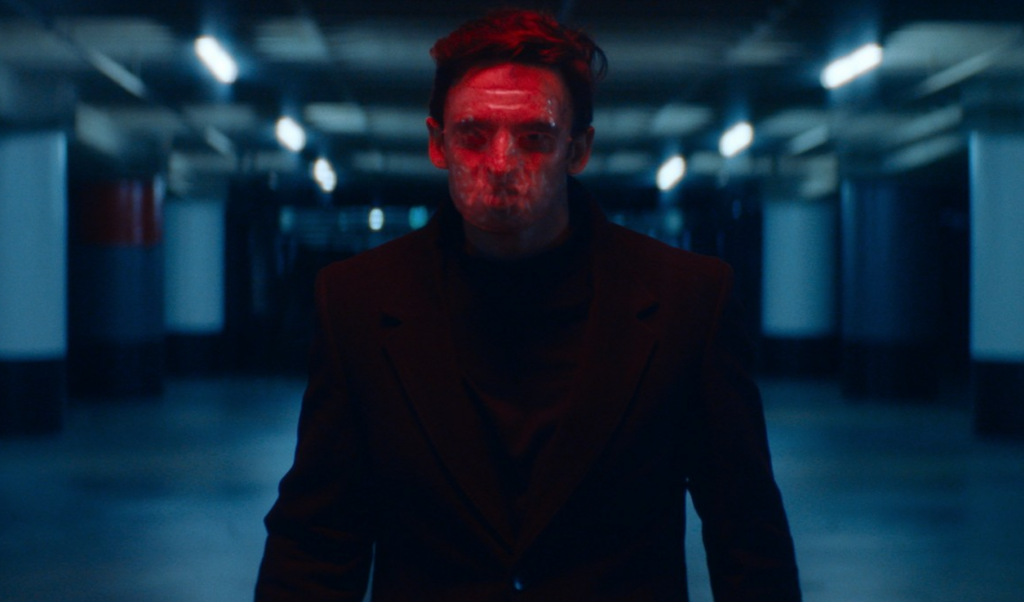 Today is the first day of Women’s History Month. And if you work anywhere around media (or spend any time on Twitter) you probably know exactly what this means: The Brands are out in full force. Our inbox is full of press releases about how some grocery chain or insurance company is doing an empty, performative version of “lifting women up”, and they’d like us to celebrate them for doing the minimum. It is a bummer of a day to see Feminism reduced to platitudes for the sake of marketing. Just like any airline or cereal company that started February with some disconnected proclamation about how they support the Black experience.

Certainly, there are good actors in these events, but under a deluge of safe, bad-faith announcements by committee, this week is the perfect time for the violent honesty of Lucky to be unleashed upon the world.

Why turn up for an unwinnable fight?

Lucky dares to ask how this applies equally to a Final Girl battling a knife-wielding psychopath from a slasher horror film, but equally to how some of us make it through our daily lives. There’s the lyric about not spitting on Superman’s cape—but what if that’s the only way to fight back? Maybe taking a stand against the impossible isn’t without merit.

Lucky follows May (Brea Grant), a self-help author who is falling short on the help for self. She is woken in the night by some rustling and asks her husband what it might be. “It’s the guy that breaks into our house every night and tries to kill us,” he responds.

He’s shocked that she doesn’t remember the previous encounters, but he’s here to help her prep for the latest battle. Indeed, a masked killer is breaking into their home and attempting to slaughter the couple… but mostly her. After striking what should have been a killing blow to the aggressor, the killer makes a near-magical escape. The police show up to investigate and promise to keep an eye out for this supposed attacker.

And so begins a nightly cycle of May fending off the same serial killer, time and time again.

Directed by Natasha Kermani, from a screenplay by Brea Grant (who also stars in the leading role), Lucky is a furious dark horror comedy with the most obvious metaphor imaginable. This is not a bad thing. It knows exactly what it wants to be, and it wants you to know exactly where you are at every moment. Even if our main character does not.

While the looping horror battles between “final girl” and knife-wielding slasher continue to escalate, the more fascinating heightening comes from how the rest of the world exceeds in downplaying everything about May’s experiences. The police become almost visibly bored with covering May’s repeated survivals of attempted murder. Friends and family start shrugging off her situation. The oft-discussed ability for society to downplay women’s lived experiences reaches cartoonishly frustrating heights.

So, too, does the identity of the killer.

Without giving too much away, May is not alone in her experiences, and the man who keeps coming for her is less of a vengeful ex and more of shared trauma; an amalgamation of sexism large and small. The closest thing to a “twist” in the film is what most viewers will enter this already knowing: on some level this is just how it is. This is how the world functions. And to stop and be concerned about a single woman is somehow not worth the time, because it wouldn’t change anything.

Lucky arrived for me two days after we published our months-long investigation into the restaurant Port Fonda, and abuses that occurred there. Our most negative reactions to the piece did not come from defenders of those accused therein, but rather from those in the service industry who asked “Where is the story?” They found most of what we’d written about to be so pervasive that it was pointless to focus on an individual location. The piece’s co-writer Liz Cook has responded to this better than I ever could.

On the newsletter this week, I wrote about what happens next: https://t.co/J59KAEaRgM

The point being that the film’s theme and our recent experience aligned in a manner that resonated painfully. Lucky has a lot to say about the world and how, when trauma and abuse exist on such a universal scale, any attempt to fight back can seem futile—or even offensive, to the same people that are being victimized. Making that societal issue in a slasher horror comedy allows an audience that may not have processed this under straightforward terms to suddenly identity with how othering and denial have shaped our culture.

Look for Lucky on Shudder and other streaming services March 4.

Natasha Kermani and Brea Grant guest on this Friday’s episode of the Streetwise podcast. Tune in then for our interview.