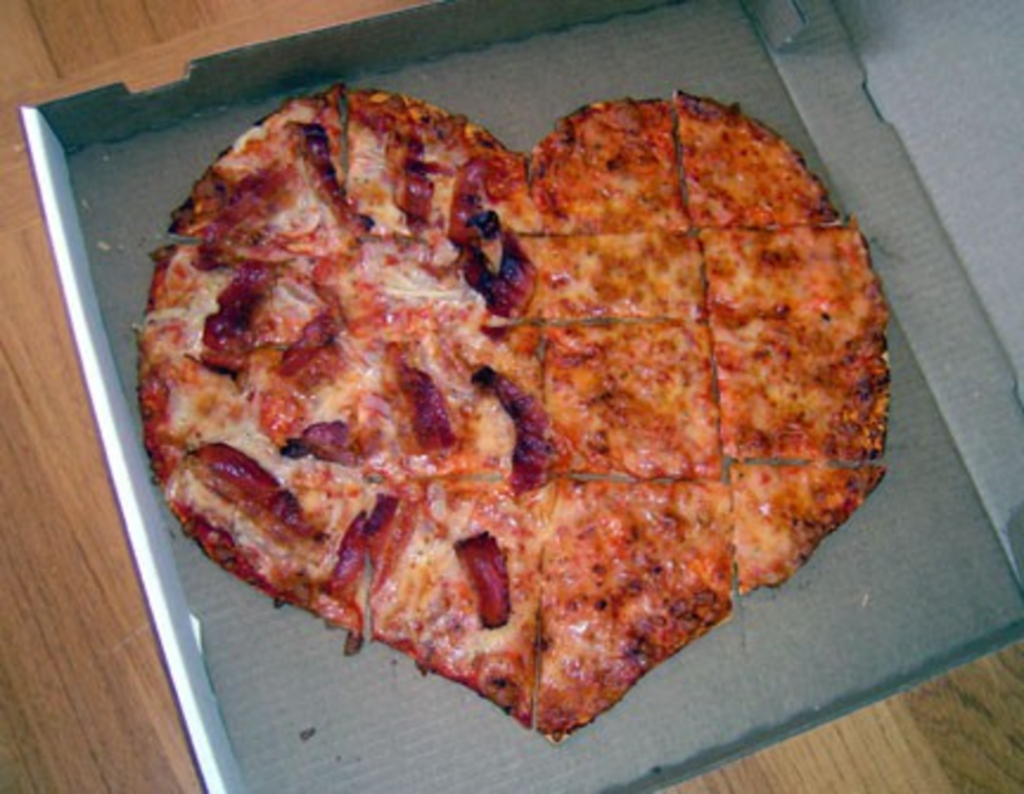 In honor of Halloween week and inspired by some scary tales we’ve been hearing around the office, we’re devoting some Fat City space to Service Industry Horror Stories. Over the next few days, we’ll share stories of kitchen hijinks and haunted customers that would make anyone run screaming from their job.

My kitchen horror story involves a regional pizza chain where I worked as a waiter. Those I served might have horror stories of their own — I was an admittedly bad waiter — however, this story is mine alone to tell.

In the first several weeks on the job, as I got to know the kitchen staff, I discovered that there was a pizza chef who believed that he could woo any woman via his signature pizza. Neither the recipe nor the ingredients mattered. What did matter was the shape. The pizza chef would fire up a heart-shaped pie several times a week in an effort to win over his latest love.