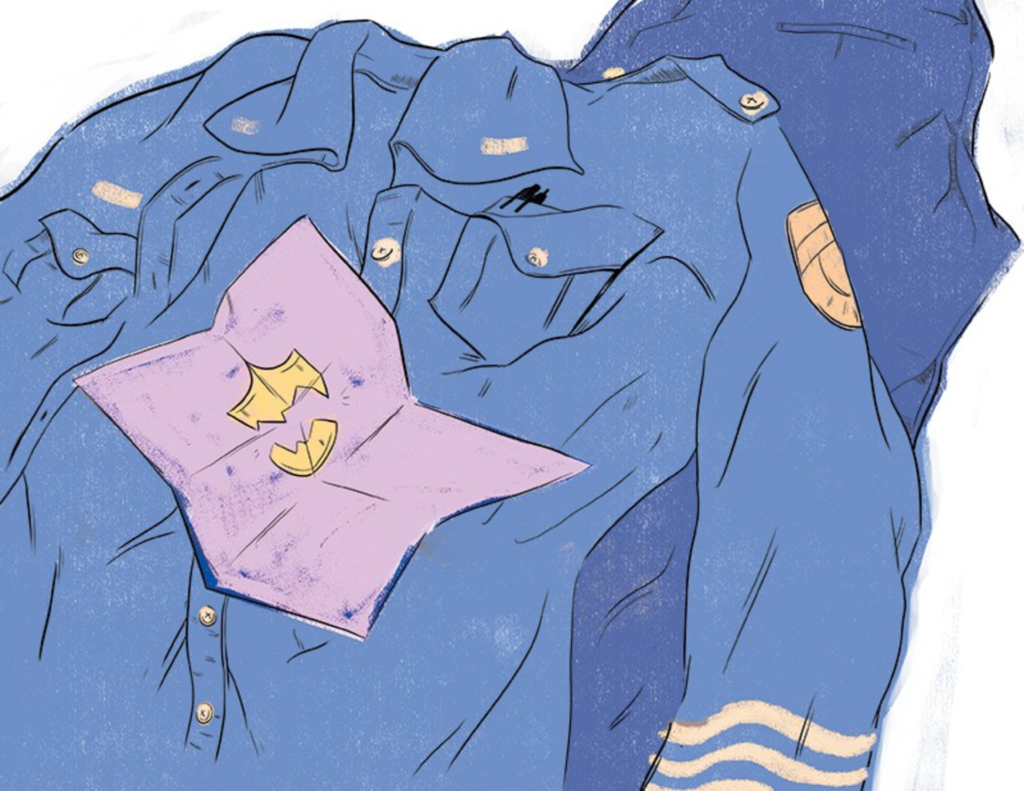 Last December, the city of Mission and its police chief, John Simmons, “mutually agreed” that he would quit his $102,444-a-year job.

City officials also decided to give Simmons a little something extra: $34,000 to help “ease his financial difficulties while he obtains replacement employment,” according to an employment separation agreement obtained by The Pitch through an open-records request.

That agreement sheds new light on the departure of Simmons, who appeared to be having a rocky second year as chief of what some area residents have described as one of the metropolitan region’s most aggressive police forces.

Three weeks before Simmons left the department, the city was slapped with a $3.5 million excessive-force lawsuit that named the chief and two police officers. In November 2013, Christina Engle filed the lawsuit after Mission officers restrained her and performed a cavity search on her in the parking lot of the U.S. Post Office at 6029 Broadmoor, a busy street near a Target store. From a van just a few feet away, Engle’s two children watched as their mother was detained and searched.

Police accused Engle of disorderly conduct and interfering with a police officer. A jury later found her not guilty.

Also last year, in June, Simmons was criticized after a local media outlet reported that Mission police were writing more tickets per capita than any other city in the metro. On average, the department issued 16,000 tickets each year for three years. That’s more tickets annually than the city’s population of 9,500 people.

Several months before the Mission ticket story, Simmons also advocated for an ordinance that would prohibit drivers from talking on cellphones. The proposed ordinance stirred public discontent and was quietly dropped.

Simmons did not respond to a phone call last week asking for an interview.

Mission City Manager Gerry Vernon told The Pitch that he couldn’t discuss the separation agreement in detail, but he was adamant that Simmons wasn’t fired.

In the separation agreement, the $34,000 payment to Simmons is classified as not “an implication or indication of any wrongdoing or liability on the part of the city.” The Pitch asked Vernon if the money was a reward for a job well done.

Vernon replied that the agreement “doesn’t say that, so not necessarily.” He added: “It is part of the separation and a variety of things. Everyone wishes well for the chief.”

When asked if there was parting cake and punch for the chief, Vernon acknowledged, “No, I wouldn’t say that.”

In order to receive the bonus, Simmons promised to waive his right to file a grievance, and he agreed never to seek re-employment with the city. He also promised to pay the city $20,000 if he disclosed the terms or the existence of the agreement to anyone other than his attorney, his spouse and his income-tax preparer. That obligation is voided if the city releases the agreement.

The city agreed to furnish to future employers only Simmons’ “length of service, number of employees supervised and size of department budget managed.”

In March, the city and Simmons amended their agreement with an addendum that reclassifies the chief’s departure from resignation to voluntary retirement. The addendum explains that the “lack of specificity in the agreement” had resulted in confusion or misunderstandings regarding the circumstances of Simmons’ departure.

“It provided him with some other options by being retired,” Vernon said. “Again, the intent of the city is not to harm him. It made sense to let him retire from the city. I think there are some other opportunities for him to participate in law-enforcement functions as a retiree.”

In the addendum, Simmons agrees that the city would not be responsible for any impact that the new retirement designation might have on his eligibility to collect unemployment compensation. And the city has promised not to oppose any claim for unemployment.

The addendum also spells out that the city “will not comment on the reasons for Simmons’ separation of employment other than to state … that it is City of Mission practice not to release such information.”

Vernon said the Mission City Council had been advised of the separation agreement and addendum in closed meetings and did not raise any concerns. There was no vote.

Simmons, who had previously served as police chief in Fairway and Lansing, spent 22 years in the U.S. Army and retired in 2000 as provost marshal at Fort Leavenworth.

In February, Prairie Village Post reported that Simmons had taken a job as law—enforcement and military-sales director at CZ-USA, a firearms manufacturer in Kansas City, Kansas.

In July, the city settled Engle’s lawsuit. The city has refused to disclose the terms of the settlement.

Vernon told The Pitch that the city has moved on.