The festival’s next round of digital offerings are all over the map. 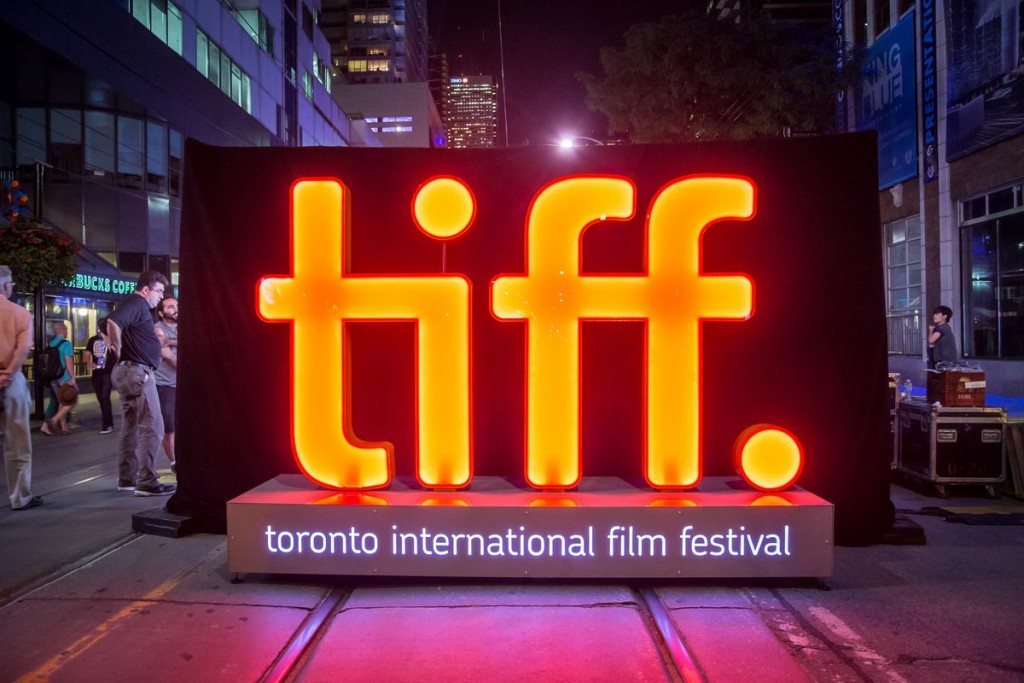 Our previous look at the Toronto International Film Festival provided an interesting but uneven early run of features, a trend that’s only continued as the fest wears on. The Festival’s digital offerings over the weekend and into this week have ranged from wild experimentation to big-budget bottle episodes to standard documentaries. Some of it was great, some of it was strange, some of it was… none of the above. 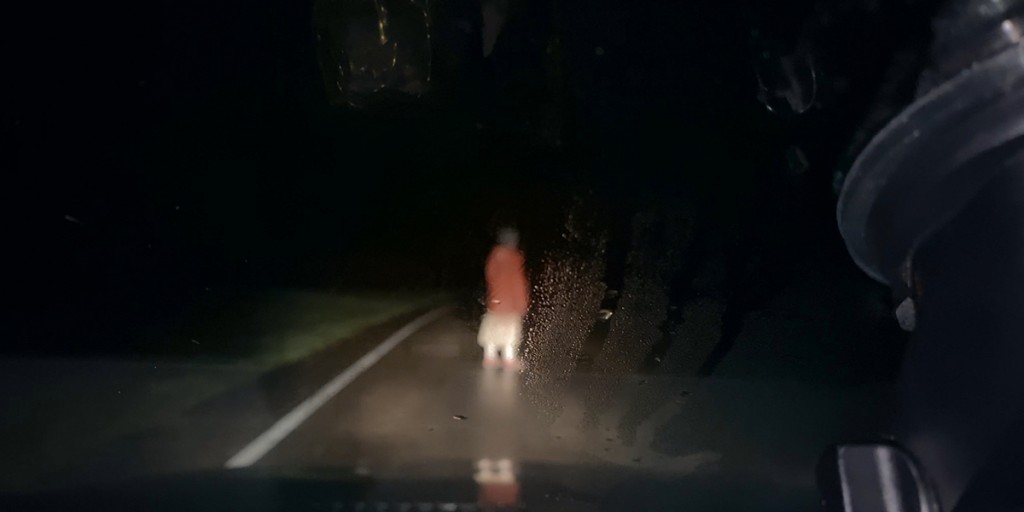 Rob Savage’s Dashcam, his follow-up to last year’s cult hit Host, is probably the most talked about of the releases I’m going to mention, for unfortunately controversial reasons. Like Host, Dashcam is a screenlife film. In this case, it’s a digitized take on found footage that follows a caustic main character, Annie Hardy—playing a version of herself—as she hosts a streaming show called BandCar, where she creates terrible improvised raps and yells at everyone she meets. While visiting a former bandmate (Amar Chadha-Patel) in the UK, Annie’s escalating stunts eventually get her caught up with a demon-possessed woman named Angela (Angela Enahoro).

Annie is, to put it mildly, a piece of work. She’s militantly pro-Trump, anti-vax and anti-mask, and her wardrobe consists of MAGA hats and sweatshirts with a giant red X over the word “liberal.” She’s a nightmare, and it’s clear from the movie’s earliest moments that we’re not meant to be rooting for her. Watching her get terrorized for an hour at the hands of a hilariously unkillable demon lady is endlessly entertaining. Angela messes with electronics, flies, rips people’s throats out and throws them across rooms like a superpowered pro wrestler. All of this is done with the same ingenious “how’d they do that” low-budget trickery that Savage displayed in Host.

Here’s the rub: a cursory Twitter search will reveal that the real-life Annie Hardy is exactly the person she is in this film. She spews hateful, ill-informed rhetoric and believes all of the internet’s worst conspiracy theories. She’s a troll. This presents a troubling paradox. If Annie is, as it would seem, the butt of the joke here, putting an unsuspecting person in a position of ridicule (especially if they’re clearly troubled) is ethically uncomfortable territory. If Savage is a genuine fan of Hardy, that puts his own artistic perspective in contention. Either way, he’s giving a platform to someone who really, really shouldn’t have one. Dashcam may merit anthropological re-evaluation one day, but right now it feels like a lapse of taste and judgment, as entertaining as it may be. 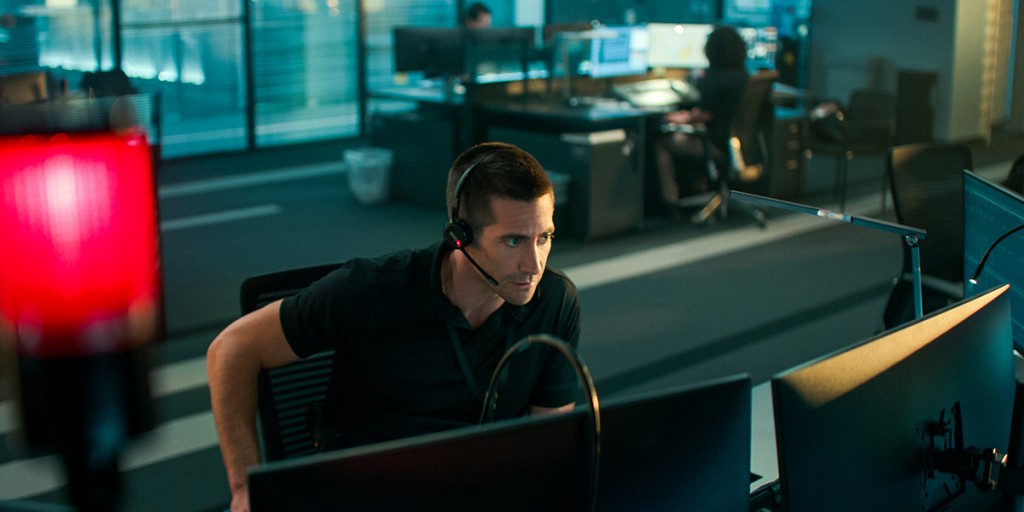 The Guilty also plays with limited-perspective filmmaking, but to a much less unpleasant (but ultimately bland) degree. Antoine Fuqua directs Nic Pizzolato’s script adapting the 2018 Danish thriller of the same name in which police officer Joe Baylor (Jake Gyllenhaal), working a 911 shift, gets a call from Emily (Riley Keough), a kidnapped woman who he tries to thelp. The film takes place entirely within the confines of the call center, with Gyllenhaal’s Joe interacting with most of the other characters over the phone.

The nature of The Guilty allows for a clever slow reveal and some effective twists as Joe starts to gain more context about what’s really going on with Emily, her kids and her estranged husband Henry (Peter Sarsgaard). We also learn some things about Joe that complicate his character significantly. However, as the limited location suggests, there’s also not a ton going on visually. The plot’s twists and turns also seem to exist simply to create sensational material, not to interrogate the deeper themes of mental illness or police conduct that they introduce. There’s a more interesting movie hidden somewhere inside The Guilty, but it’s not the movie we get. 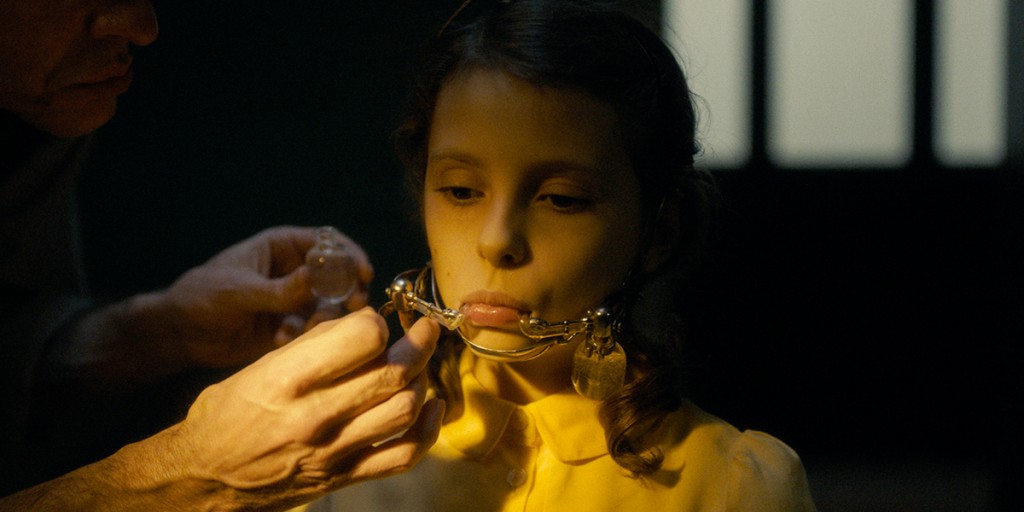 Earwig, from French director Lucile Hadžihalilović, is easily the most out-there movie of the festival, a surreal art house experiment that sort of defies genre categorization. Hadzihalilovic’s film, based on Brian Catling’s novel of the same name, follows a young girl named Mia (Romaine Hemelaers), who lives in isolation in a spartan house in an unnamed European city. She’s overseen by her morose caretaker, Albert Scellinc (Paul Hilton). Oh, and Mia wears dentures made out of her own frozen saliva that need to be constantly changed.

Hadžihalilović’s impressionistic, practically plotless film jumps around in time, and primarily focuses on Scellinc’s depressive, easily-enraged existence, as well as the experience of a mysterious waitress (Romola Garai) who he maims (accidentally?) in a bar. Characters and scenes reappear and loop back on themselves in a strange, nightmarish fashion, with aesthetics that recall a darker, sparer version of Jean-Pierre Jeunet. Earwig presents a fascinating space to get lost in, with lots of possible readings to put on top of it. Is this about parenthood? Men’s fear of female power? Hadžihalilović offers no answers, but answers aren’t really the point. 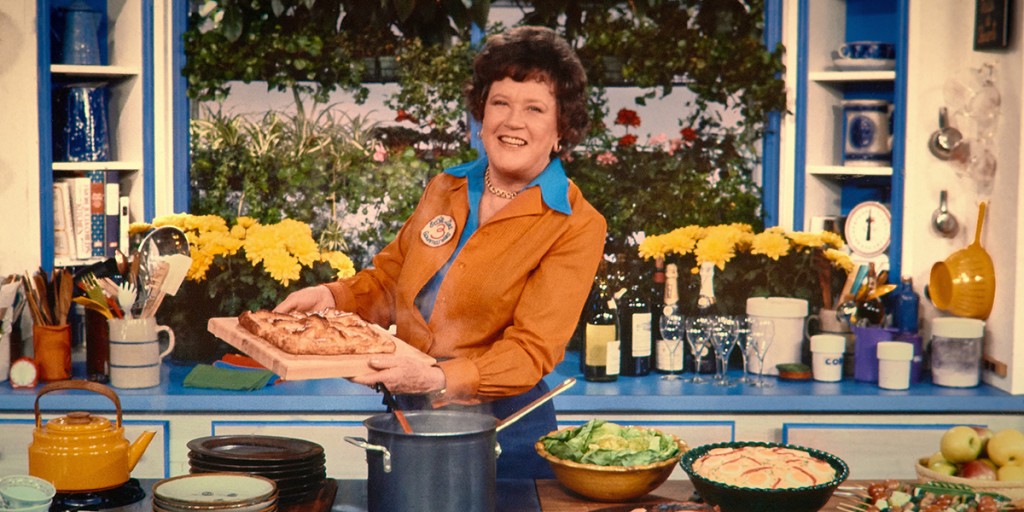 Finally there’s Julia, a by-the-numbers bio documentary on Julia Child from Julie Cohen and Betsy West. Cohen and West’s film, sanctioned by the Julia Child foundation, provides a little more information than you might get from watching Julie & Julia, but not much more. It occasionally addresses surprising parts of Child’s life and personality that weren’t always delightful, but quickly patches those up or moves on to nicer subjects. It’s not exactly a hagiography, but it lives next door to one. It only stands out in one aspect: its depiction of food, which is thoroughly appealing and sometimes borders on pornographic in the best way. It’s pleasant enough viewing, but won’t really blow your mind.