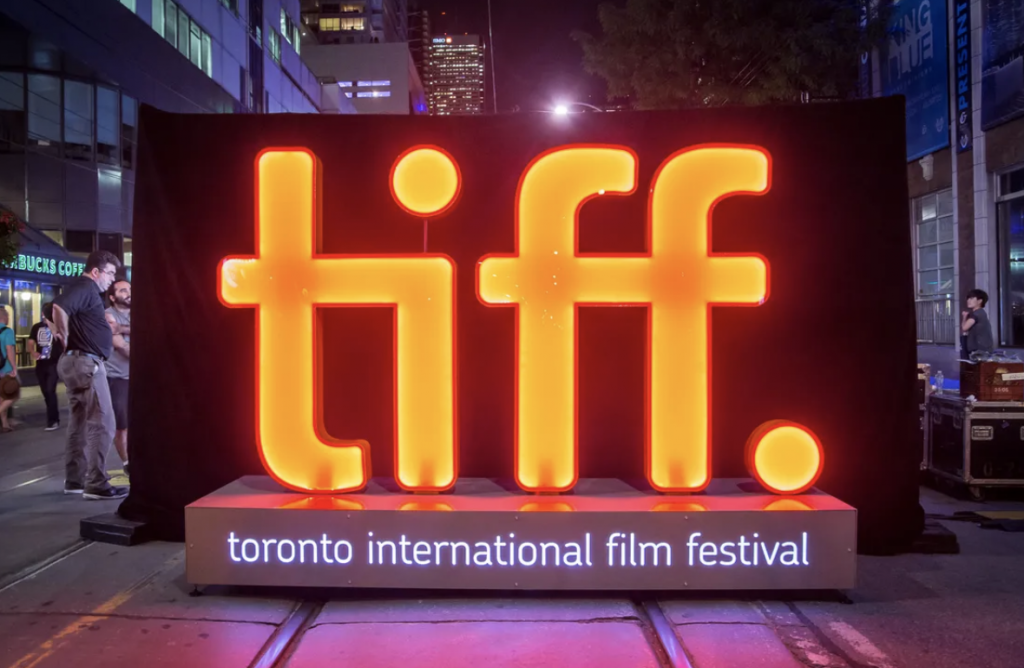 Audiences, critics, and filmmakers have been navigating a strange space for the last year, one that’s only gotten weirder as theaters have cautiously (and desperately) started reopening their doors. Access to titles for review has been a consistently frustrating moving target as studios decide whether they’ll allow online or theatrical-only screenings of films, as well as who gets to see those eventual screenings.

In the case of the Toronto International Film Festival, that’s led to a deep and disappointing divide between critics able to travel to this year’s in-person version of the fest and those not willing to take the risk for health and safety-related reasons. Many of the festival’s most buzzed-about titles this year are theatrical-only, or even more bafflingly geolocked to Canadian press.

I’m saying all this so you’ll understand upfront why you won’t see Dune, Last Night in Soho, Spencer, The Power of the Dog, or The Humans in The Pitch’s festival coverage, despite the fact that two of those movies prominently feature actors with regional roots (David Dastmalchian in Dune, Jayne Houdyshell in The Humans): we were denied access. However, TIFF also features a wide spectrum of interesting offerings both major and indie, and the limited digital access we did get still provided a look at some intriguing titles. 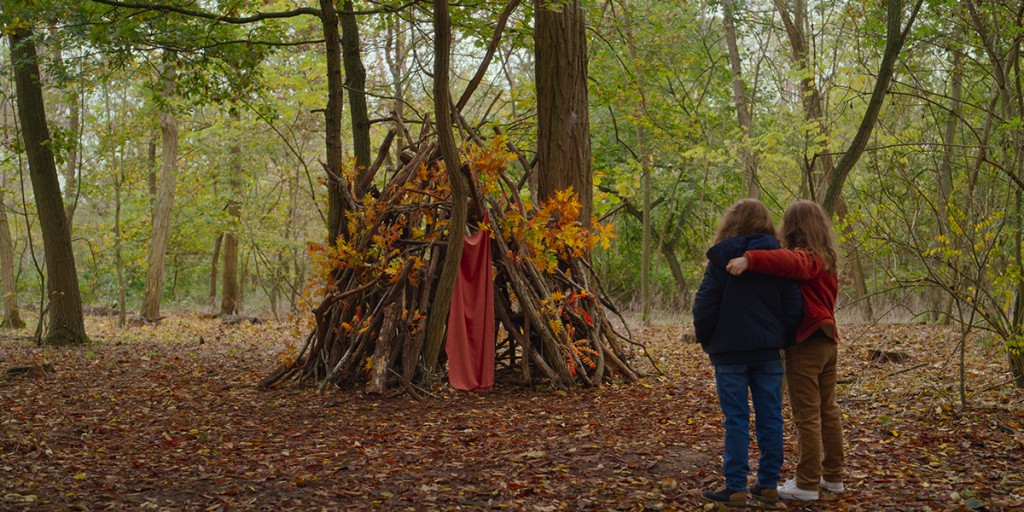 Thursday’s offerings included Céline Sciamma’s latest film Petite Maman, a beautiful, brief poem of a movie about mothers, daughters and grief. After her grandmother dies, Eight-year-old Nelly (Joséphine Sanz) travels with her parents to her mother’s (Nina Meurisse) childhood home to pack up the house.

While wandering through the woods after her overwhelmed mom abruptly leaves, Nelly meets a little girl named Marion (Gabrielle Sanz) who looks a lot like her, and invites her over for lunch. Through some sort of magic, it turns out Nelly has met her mother as a child and, at the house, also meets her much-younger grandmother. Sciamma’s 72-minute film has a tender and naturalistic approach, compounded by the casting of Joséphine and Gabrielle Sanz—real-life sisters—as Nelly and Marion, generating an honest-to-goodness heartfelt bond. 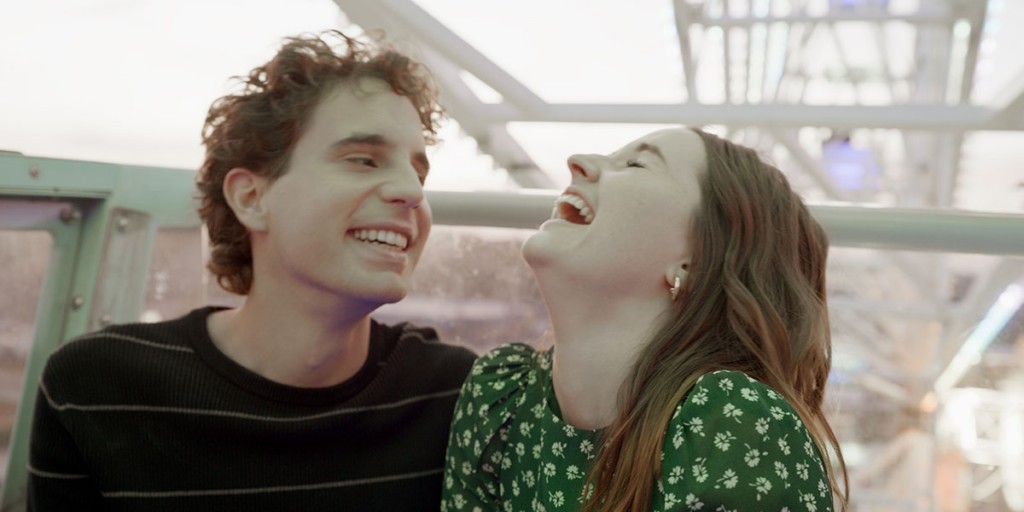 Dear Evan Hansen, which also premiered Thursday, has already been decried by many viewers as poorly conceived, mainly for its insistence on casting Ben Platt, who originated the role of Evan on Broadway, as its teenage protagonist. Platt, for the record, is 27, a good 10 years older than the character he’s playing, and it shows.

However, he’s only three years older than Kaitlyn Dever, who plays his love interest, Zoe, also a high school senior. The point is, age and its optics are a factor, but it’s not the source of the film’s biggest issues. That distinction belongs to the movie’s plot.

It’s possible that the story of Dear Evan Hansen, in which a troubled teen is mistakenly identified by a grieving family as the only friend of their late son, a school bully who’s committed suicide, plays better onstage. Certainly, in a theatrical setting, where the focus is more on music, performance, and stagecraft, it might be easier to ignore the rotten concept at the core of the show.

But listen: this is a story about a lonely boy with no friends who is given an opportunity to exploit a family whose grief offers him belonging, financial advantage, and a possible romantic relationship with his big crush. He does what absolutely no normal person would do, and goes along for that ride.

In literally anyone else’s hands, Dear Evan Hansen would be a psychological thriller about a sociopath (and, depending on the director, potentially a pretty good one). Here, however, it’s played for heart-tugging sentimentality. The stage musical’s motives—and the film’s—may have been pure at the outset, but there’s no denying the result comes off in extremely poor taste. 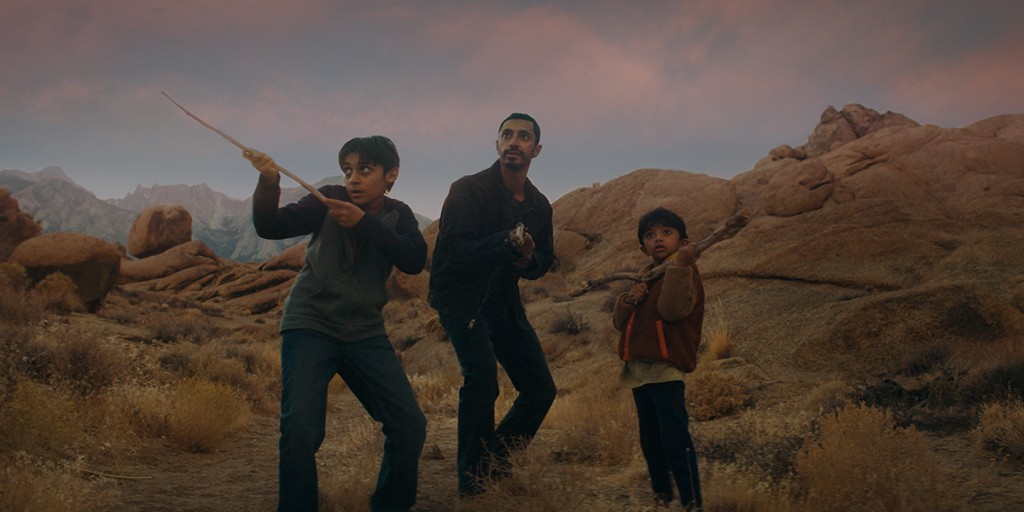 Encounter, from Beast and The Ritual director Michael Pearce, is a fascinating genre exercise that starts out as a science fiction thriller, but quickly morphs into something more complicated and heartbreaking. Think of it like Bug meets Close Encounters of the Third Kind, with all the thorny mental health quandaries and stunning scenery that implies.

Riz Ahmed plays Malik, a former soldier who at the movie’s start is seen protecting himself from an alien parasite that presents as an insect which infects its host through their blood. The revelation of this virus is shown against footage of police riots and international violence, leading unsuspecting viewers to think this is some kind of global phenomenon that Malik is fighting off.

Once he stops by in the dead of night to take his sons Jay (Lucian-River Chauhan) and Bobby (Aditya Geddada) from his ex-wife’s house, however, things start to seem a bit… off. Is Malik telling the boys the truth, or is he having a psychotic break?

Encounter answers that question a little more quickly than it needs to (that ambiguity, while it lasts, is a pretty interesting space to live in). However, the drama is compelling throughout, switching perspective from the embattled Malik to his boys, who worship him, to his concerned parole officer (Octavia Spencer).

It’s augmented by incredible cinematography from Benjamin Kracun, who exhibits the same facility with natural surroundings he did on Beast, and the color and portraiture that made his work on Promising Young Woman so striking. It’s a heavy movie, but never less than jaw-dropping to look at.

Other releases from the first three days of TIFF have been hit-or-miss, including the promising but fatally slow-moving post-apocalyptic indigenous drama Night Raiders, and the post-WWI British drama Mothering Sunday, which tries admirably to inject the period drama with something like literary wit, but ultimately falls just short of the goal. With several days still to go, and some exciting films still to look forward to, TIFF’s programming consistency may yet break out of its inconsistent early doldrums.