Screenland Theaters perform a live read of the unmade Star Wars IX: Duel of the Fates 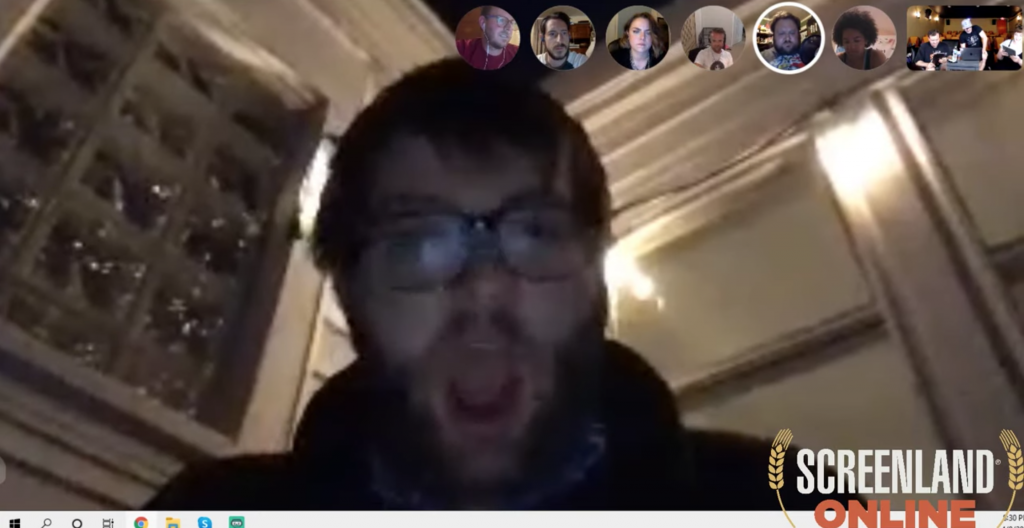 Screenland Theaters are a local business we’ve been trying to support through this difficult time. Even when the stay-at-home orders have been lifted, it’s gonna be a long time until people want to sit close to others in a small, enclosed space. Just one of many parts of the current situation that totally sucks.

As such, the theater community has been doing all types of online events and watch parties, based around a Patreon that provides financial support to help get this historic institution through their downtime.

Last night, the crew got together to do a live reading of a script. Not just any movie script, but an unmade Star Wars movie.

For those that don’t know, director Colin Trevorrow (Jurassic World, Safety Not Guaranteed, The Book of Henry) was originally set to lead the ninth Star Wars film. Due to conflicts with Disney of the vision of the project, Trevorrow was replaced by J.J. Abrams. The rest was Star Wars: The Rise of Skywalker. I do not much care for TRoS, and I’m not alone in that.

A few months back, pre-production art began leaking online for what Trevorrow’s film would have looked like. And then, last month, the script leaked.

Screenland knew what they had to do.

So they put together a hilarious reading of the unproduced Star Wars IX: Duel of the Fates, sharing a vision of a saga that ends much, much differently. And we have the video of the entire reading.

Screenland’s co-owner Adam Roberts had this to say:

Yesterday, we did a live read of Star Wars Duel of the Fates for our Patreon. It was overwhelmingly loved by our group as a much better Episode 9. We laughed, cried and felt a sense of true passion for the material.

To top off the fantastic read, the would-be writer/director Colin Trevorrow reached out for a link to watch it after hearing about us holding the read via Twitter. That’s pretty rad.

Video is below. The first three minutes of audio are real bad, but it gets fixed so hang in there. Also, you know, regular small issues throughout for a large group sharing a video chat. I promise it is worth it. I’m absolutely dying right now.

Please consider donating towards Screenland’s Patreon if you dig this.